All the major components of the Empire manufacturing index are contracting. 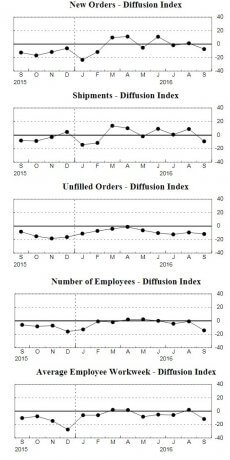 However, employment is still contracting. 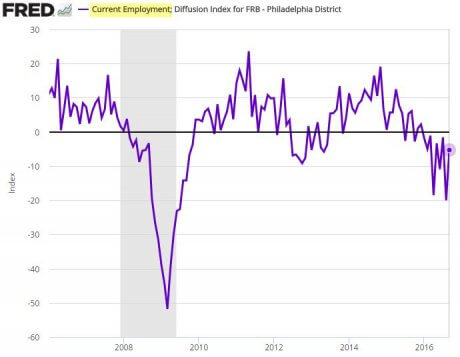 Industrial production fell by -1.1 percent for the 12th straight month of contraction.

The Daily Shot makes the observation that the improvement early this summer was in part helped by utilities cranking on all cylinders to keep the air conditioners around the country running. As that contribution subsidies, we are back to the downtrend from the Spring.

Here is the manufacturing component of the US industrial production (year-over-year). 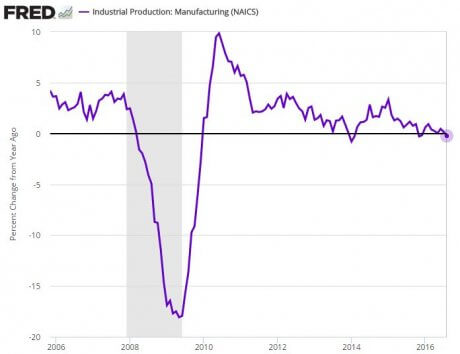 US retail sales fell in August and are continuing to slow.

Most of the charts above, I went back five years on the data. Let’s look at what the S&P 500 has done over the last five years and compare performance.

The S&P 500 is up nearly +90% over the last five years while the U.S. economy fundamentals have deteriorated over that same time frame. Folks, that’s the Federal Reserve’s monetary policy propping up the stock market and creating a huge bubble in securities.