ADRO stock has been attracting large players after the company announced a $10 million milestone payment from Merck.

Aduro Biotech, Inc. (NASDAQ: ADRO), a clinical-stage biopharmaceutical company focused on developing therapies targeting the Stimulator of Interferon Genes (STING) and A Proliferation Inducing Ligand (APRIL) pathways for the treatment of cancer, autoimmune and inflammatory diseases, today announced that the company earned a $10.0 million development milestone payment under its worldwide licensing agreement with Merck (known as MSD outside the United States and Canada) for the initiation of a Phase 2 clinical trial of MK-5890, an anti-CD27 agonist, in non-small cell lung cancer (NSCLC).

“We are thrilled Merck is continuing to advance MK-5890 through development with the initiation of a Phase 2 clinical trial in NSCLC,” said Andrea van Elsas, Ph.D., chief scientific officer of Aduro. “The achievement of this milestone would not be possible without the efforts of the exceptional team we built at Aduro Biotech Europe and the B-select technology that created several monoclonal antibodies, including MK-5890 and BION-1301, an anti-APRIL antibody we are currently developing for IgA nephropathy.”

The Phase 2 trial is designed to assess the efficacy and safety of pembrolizumab in combination with MK-5890 in patients with advanced squamous or non-squamous NSCLC that have been previously treated with anti-PD-L1 therapy (see www.clinicaltrials.gov, identifier NCT04165096). The study is one of three pembrolizumab substudies being conducted under one pembrolizumab umbrella master protocol (MK-3475-U01).

CD27 is a co-stimulatory receptor expressed on different immune cells, such as T-lymphocytes and NK (natural killer) cells. It has been recognized as having an important role in priming, enhancing and sustaining a productive anti-cancer (CD8+ T-cell) adaptive immune response. In preclinical studies, anti-CD27 activation was shown to enhance T-cell response, which in combination with immune checkpoint inhibition demonstrated the ability to achieve complete tumor eradication.

In 2014, Merck, through certain affiliates, entered into a worldwide license agreement for the development and commercialization of CD27 antibody agonists. Aduro’s anti-CD27 antibody, which was identified with its proprietary B-select monoclonal antibody technology, targets a functional epitope on CD27 demonstrating potent activation of the CD27 co-stimulatory pathway in pre-clinical studies. As a part of the worldwide license agreement, and in addition to payments received, including the $15 million up-front payment, Aduro is eligible to receive future development, commercial and net sales milestone payments. In addition, Aduro is eligible to receive royalties in the mid-single digits to low teens based on any net sales of the product, if it is approved for marketing.

Large players have been piling into the stock in the wake of the $10 million milestone payment from Merck. The Twiggs Money Flow shows that the stock is currently being accumulated.

$ACB Aurora Cannabis Stock Up On WHO Cannabis Classification 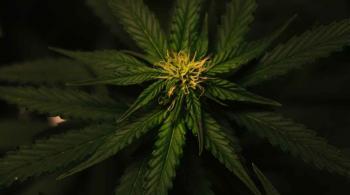 $ACB Aurora Cannabis Stock Up On WHO Cannabis Classification

$NAOV NanoVibronix Up Over 60% In Premarket On Study 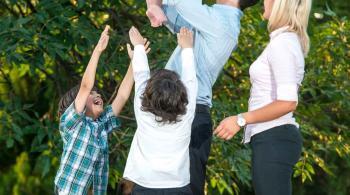 $NAOV NanoVibronix Up Over 60% In Premarket On Study