AMD stock rose more than 8% in after-hours trading on February 1, 2022, after the company reported awesome EPS and revenue beats.

Record quarterly revenue of $4.8B up 49% y/y; Record full year revenue of $16.4B up 68%. Gross margin expanded and operating income more than doubled from the prior year.

“2021 was an outstanding year for AMD with record annual revenue and profitability,” said AMD president and CEO Lisa Su. “Each of our businesses performed extremely well, with data center revenue doubling year-over-year driven by growing adoption of AMD EPYC processors across cloud and enterprise customers. We expect another year of significant growth in 2022 as we ramp our current portfolio and launch our next generation of PC, gaming and data center products.” 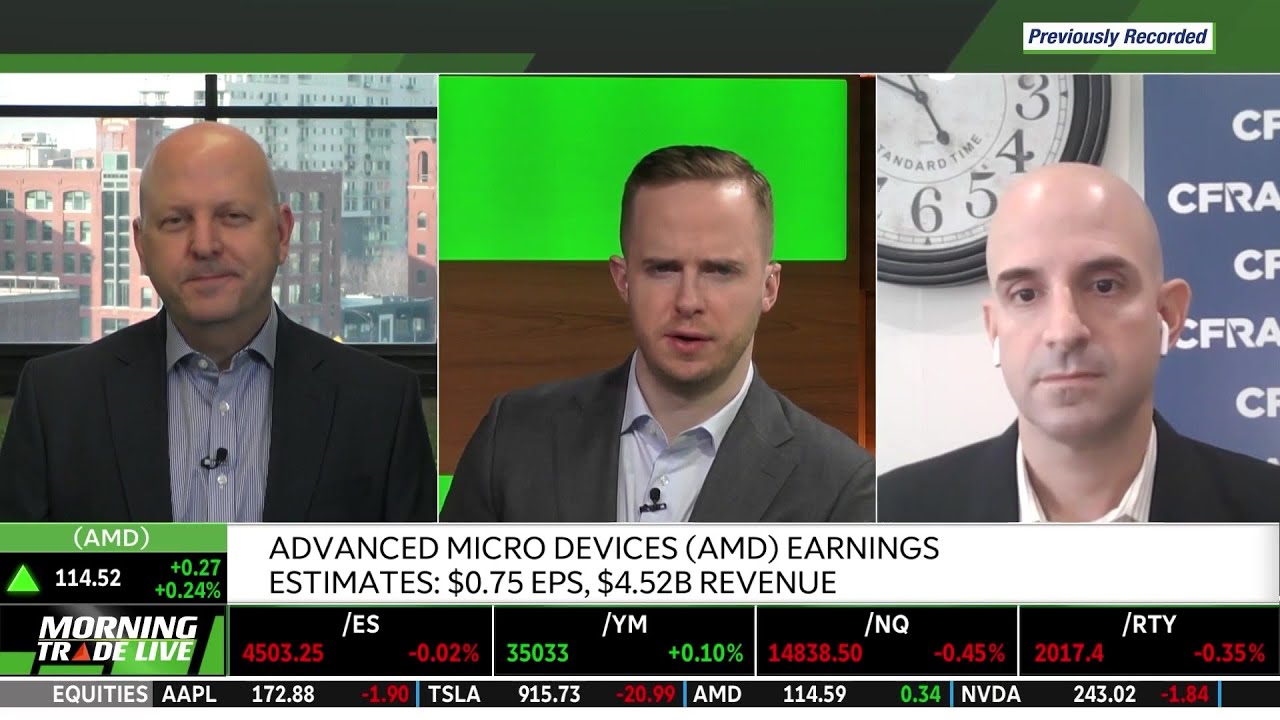 The short term trend is negative, as is the long term trend. AMD is currently trading in the middle of its 52 week range. The S&P500 Index however is trading in the upper part of its 52 week range, so AMD is lagging the market slightly. AMD is part of the Semiconductors & Semiconductor Equipment industry. There are 107 other stocks in this industry, AMD did better than 64% of them.

There is resistance at 144.82 from a trend line in the daily time frame.

The technical rating of AMD is bad and it also does not present a quality setup at the moment. AMD stock has a Setup Rating of 3 out of 10. Price movement has been a little bit too volatile to find a nice entry and exit point. It is probably a good idea to wait for a consolidation first. Click here to sign up for email alerts on when AMD stock consolidates and has a Setup Rating of 8 or higher.