Bullish option flow was detected in AMD stock on January 28, 2022. Options traders appear to be going long AMD stock ahead of its earnings announcement on February 1, 2022.

Xilinx continues to believe AMD transaction will close in Q1

On January 27, 2022, Xilinx (XLNX) said on Wednesday that as announced on October 27, 2020, Advanced Micro Devices, Inc. (AMD) intends to acquire Xilinx in an all-stock transaction. As permitted by the terms of the Merger Agreement between Xilinx and AMD, the Xilinx Board of Directors has declared a cash dividend of 37c per outstanding share of common stock. The dividend is conditioned upon and will only be payable if the merger has not closed on or before the record date for such dividend. Xilinx’s stock repurchase program remains suspended. As previously announced, the parties believe that the transaction will close in the first quarter of 2022.

AMD (NASDAQ: AMD) announced that it will report fourth quarter and full year 2021 financial results on Tuesday, Feb. 1, 2022, after the close of market. Management will conduct a conference call to discuss these results at 5:00 p.m. EST / 2:00 p.m. PST. Interested parties are invited to listen to the webcast of the conference call via AMD’s Investor Relations website https://ir.amd.com.

On January 27, 2022, Nokia announced that its Core Networks business is using 3rd Gen AMD EPYC processors to power the servers that deliver Nokia Core cloud-native software products, expanding the server-chip choices available to Nokia communication service provider customers in order to drive new levels of performance and energy efficiency improvements of 5G networks. The announcement represents an extension of Nokia’s broader efforts to accelerate digitalization to help the ICT industry reduce its environmental footprint and to support other industries becoming more resource efficient. Nokia is targeting up to a 40% reduction in server power consumption to run Core workloads using AMD EPYC processors. Nokia CSP customers can purchase the AMD EPYC powered servers through Nokia or direct from other suppliers when they become commercially available during the first half of 2022. Existing servers using other chips that deliver Nokia Core software will continue to be available.

On January 25, 2022, in September, the Department of Commerce launched a request for information on the semiconductor supply chain and received more than 150 responses, including from “nearly every major semiconductor producer and from companies in multiple consuming industries.” The semiconductor supply chain remains fragile. Demand continues to far outstrip supply,” the agency said today in a report. Median demand for chips highlighted by buyers was as much as 17% higher in 2021 than 2019, and buyers aren’t seeing commensurate increases in the supply they receive. “This is a major supply and demand mismatch,” the Department of Commerce writes. The median inventory of semiconductor products highlighted by buyers has fallen from 40 days in 2019 to less than five days in 2021, it notes. “The primary bottleneck across the board appears to be wafer production capacity, which requires a longer-term solution. We’re going to capitalize on this new information to engage industry on node-specific problem-solving in the coming weeks. We will also look into claims about unusually high prices in these nodes,” the agency added. Publicly traded companies in the semiconductor space include AMD (AMD), Intel (INTC), Marvell (MRVL), Microchip (MCHP), Micron (MU), Nvidia (NVDA), Qualcomm (QCOM) and Texas Instruments (TXN). Source: https://www.commerce.gov/news/blog/2022/01/results-semiconductor-supply-chain-request-information

On January 20, 2022, Dealreporter said that AMD’s (AMD) proposed acquisition of Xilinx (XLNX) is on course to be granted approval by China’s State Administration for Market Regulation, or SAMR, “shortly.”

AMD downgraded to Neutral from Overweight at Piper Sandler

On January 20, 2022, Piper Sandler analyst Harsh Kumar downgraded AMD to Neutral from Overweight with a price target of $130, down from $140. The analyst is cautious on the broader automotive sector saying the pace of orders and strong pricing “may come into question” as supply normalizes in the second half of 2022. Once supply and demand hit parity, it will likely result in a slower pace of orders compared to the pace seen over the last few years, Kumar tells investors in a research note. His downgrade of AMD reflects concerns about a slowdown in the PC market during 2022, the “earnings and growth headwind” from closing the Xilinx deal, and the “broader market dynamics around high-multiple, high-growth technology stocks.” As such, he feels there is more downside risk than upside risk at this point in time. 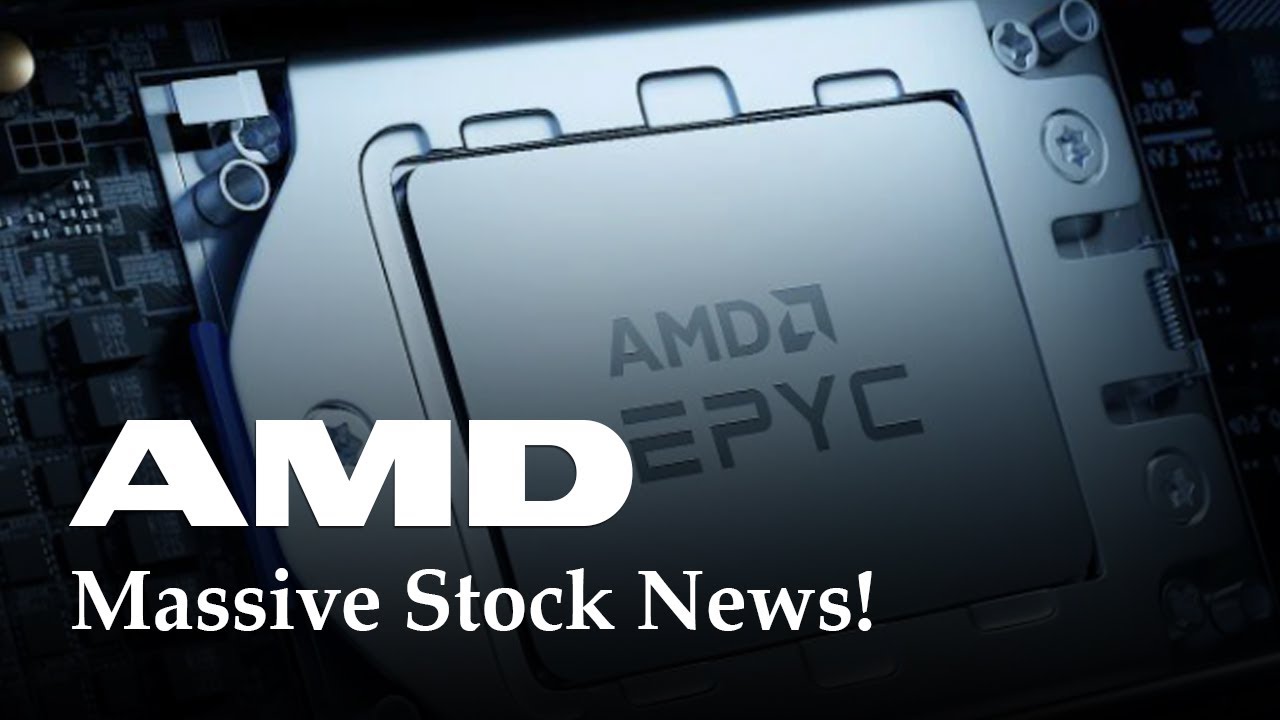 The long-term trend is neutral, but the short-term trend is negative. AMD is part of the Semiconductors & Semiconductor Equipment industry. There are 107 other stocks in this industry, AMD did better than 60% of them. AMD is currently trading in the middle of its 52-week range. This is in line with the S&P500 Index, which is also trading in the middle of its range. Prices have been falling strongly lately, it is better to avoid new long positions here. Volume is considerably higher in the last couple of days. In combination with the strong move down this is a bad signal.

There is resistance at 145.22 from a trend line in the daily time frame.

The technical rating of AMD is bad and it also does not present a quality setup at the moment. AMD stock has a Setup Rating of 3 out of 10. Price movement has been a little bit too volatile to find a nice entry and exit point. It is probably a good idea to wait for a consolidation first. Click here to sign up for email alerts on when AMD stock consolidates and has a Setup Rating of 8 or higher.