The dark pool trade was for $10 million at $40.80, which represented a whopping 33% of the average daily volume in AJRD stock.

On July 28, 2020, Canaccord analyst Ken Herbert noted Aerojet Rocketdyne reported Q2 results ahead of his expectations and management highlighted the strength in the Guided Multiple Launch Rocket System and Medium Range Ballistic Missile Programs. The analyst said the backlog growth in the quarter was a very strong positive and the company generated free cash flow ahead of expectations. Herbert maintained his Outperform rating and $54 price target on Aerojet Rocketdyne shares.

As of June 30, the company’s total remaining performance obligations, also referred to as backlog, totaled $6.8B compared with $5.4B as of December 31, 2019.

“Q2 2020 was a great quarter for Aerojet Rocketdyne,” said Eileen Drake, CEO and president of Aerojet Rocketdyne Holdings, Inc. “Sales in the quarter were up 6% year over year primarily driven by growth in defense programs, including GMLRS and MRBM. Margins in the quarter were a solid 14.9%, reflecting a continued focus on strong program performance. Backlog has once again reached an all-time high – $6.8 billion at quarter end. Included in our backlog was the NASA contract modification award received in May to produce an additional 18 RS-25 engines in support of deep space exploration missions. Free cash flow of $131.5 million was excellent in the quarter, bringing year-to-date free cash generation to $111.4 million compared with $24.3 million in the first six months of 2019.”

Aerojet Rocketdyne is playing a critical role in NASA’s latest mission to the red planet. NASA’s Mars 2020 mission with the Perseverance Rover is slated to launch on a United Launch Alliance (ULA) Atlas V rocket from Florida’s Cape Canaveral Air Force Station on July 30. Designed to better understand the geology of Mars and seek signs of ancient life, Perseverance will ultimately make discoveries to pave the way for human exploration of Mars.

Perseverance will launch aboard a ULA Atlas V rocket in the 541 configuration, employing a number of Aerojet Rocketdyne motors, engines and tanks:

After the spacecraft separates from the Centaur upper stage, it will begin its roughly seven-month journey to Mars. Aerojet Rocketdyne propulsion is also employed on Perseverance’s spacecraft, aiding the entry, descent and landing phases of the mission. Eight MR-107U thrusters will stabilize the spacecraft during its entry into Martian atmosphere, and eight MR-80B throttling descent thrusters on the descent stage will power the sky crane as it lowers the rover onto the surface and then fly the stage a safe distance away. These in-space thrusters are also produced at the company’s facility in Redmond, Washington.

Once the Perseverance rover is safely on the surface of Mars, it will begin preparations for its roughly two-year sample collection mission. Aerojet Rocketdyne provides the Multi-Mission Radioisotope Thermoelectric Generator (MMRTG) that will provide power to the rover and its various instruments throughout surface operations. The MMRTG is built at Aerojet Rocketdyne’s facility in Los Angeles, California. 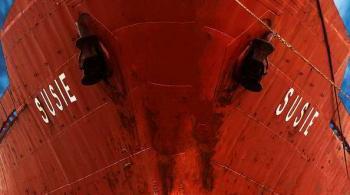