AnPac Bio-Medical Science Co., Ltd. (“AnPac Bio,” the “Company” or “we”) (ANPC), a biotechnology company with operations in China and the United States focused on early cancer screening and detection, announced today that it has developed and completed evaluations at the end of February 2021 for a new generation multi-cancer detection sensor named CDA Pro Sensor (CDAPS). CDAPS is a technology breakthrough with improved performance over the previous generation cancer detection sensor in a number of areas, including detection signal stability, sensor device yield, sensor cost, and detection sensitivity and specificity. In particular, sensor cost has been reduced by ~ 137% and both cancer detection sensitivity and specificity reached over 95% in a retrospective clinical sample test. The new generation sensor (i.e. CDAPS) is capable of measuring subtle changes in bio-physical properties in a blood sample, with improvements in its design, fabrication and packaging processes, and it is expected that CDAPS will enhance the competitiveness of the Company in cancer screening.

In the field of cancer screening, obtaining stable and sufficient (high signal-to-noise ratio) detection signal with high sensitivity and specificity during early stages of cancers has been a global challenge over years. Its development and progress has been relatively slow, despite years of heavy investment and efforts by leading scientists and research groups. One of the key factors inhibiting breakthroughs in cancer detection has been the lack of leading detection experts’ (with experience in novel sensor design and fabrication, detection parameters and signal collection and processing) involvement and contributions in the field in the past. Since its foundation in 2010, AnPac Bio has utilized its team’s knowledge and experience in detection technologies, including novel sensor design, fabrication and packaging, and small signal detection and analysis in the development of a bio-physics based, multi-cancer detection technology, and has accumulated data of over 200,000 samples (from commercial CDA-based tests and CDA-based tests for research purposes).

Dr. Chris Yu, CEO and Chairman of AnPac Bio commented: “We are pleased to have developed our new generation sensor for cancer detection, which is a major milestone and breakthrough as detection is the key to obtaining early-stage cancer signals, which are typically very hard to find in the initial stages of disease. With the newly developed sensor, we can reduce our cost further and detect cancer earlier with improved signal stability, reduced signal-to-noise ratio, and potentially higher detection sensitivity and specificity. The above stated advantages will enhance our technology and market place competitive positions, and fuel further growth of our company”. 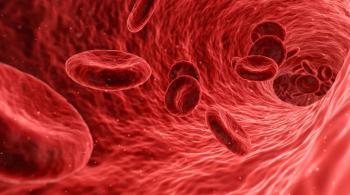