T stock moved higher on February 1, 2022, after the company announced that its scientists had achieved 5G speeds that blew the socks off of the DoD’s minimum 5G speed requirement.

On February 1, 2022, AT&T completed its first milestone toward proving the capabilities of its 5G network solution to enable “smart warehouse” applications for the Department of Defense’s Naval Base Coronado in San Diego. AT&T’s 5G network solution demonstrated data throughput speeds greater than 4 gigabits per second with less than ten milliseconds of latency using AT&T 5G spectrum and a private 5G Core and Radio Access Network (RAN). This performance was demonstrated with commercially available commodity mobile devices at a testbed facility in Richardson, Texas.

Why is this important? In October 2020, the Department of Defense (DOD) announced $600 million in awards for 5G experimentation and testing at five U.S. military test sites, representing the world’s largest full-scale 5G tests for dual-use applications. DOD seeks to remain at the forefront of cutting-edge 5G testing and experimentation to strengthen our Nation’s warfighting capabilities and U.S. economic competitiveness in this critical field.

AT&T’s successful demonstration of its 5G networking capabilities allows the program to advance to its next stage: delivering AT&T 5G across the 120,000 square foot Naval Base Coronado warehouse. There, we expect to efficiently and securely connect smart warehouse application infrastructure to provide high-speed, low-latency 5G connectivity for autonomous mobile robots, video cameras, Internet of Things (IoT), and AR/VR systems that will enable inventory tracking, transshipment, and other elements of DOD’s objectives for the test. After successfully completing that stage of the test, AT&T 5G is expected to integrate with official Navy systems to enable Smart Warehouse capabilities.

What is AT&T’s participation in the 5G Experiments announced by DOD? DOD selected AT&T as the primary 5G networking services provider for 2 of the 4 U.S. military test sites where it is testing 5G capabilities as part of DOD’s Tranche 1 experiments:

Here’s what people are saying:

Tim Ruth, NBC 5G Smart Warehouse PMT Lead – NIWC Pacific
“My team and I are very pleased by the 5G results demonstrated in the testbeds in Richardson and look forward to timely and successful implementation of the 5G capabilities in the next phase of this project at Naval Base Coronado in San Diego.”

Lance Spencer, Client Executive Vice President – Defense, AT&T Public Sector and FirstNet
“AT&T 5G demonstrated data throughput speeds of more than 4 gigabits per second on commodity mobile user equipment, far surpassing the data throughput speeds DOD has seen in other tests. More importantly, we look forward to moving to the next stage of implementation with DOD at Naval Base Coronado and helping it create its Smart Warehouse there with a scalable solution.”

What is the timeline for completing DOD’s program with AT&T? In October 2020, DOD awarded a 3-year agreement to AT&T to participate in DOD’s 5G experiments. With the completion of the 5G tests at Richardson, AT&T is now shipping equipment to Naval Base Coronado for the next stage of testing.

On January 28, 2022, Barclays analyst Kannan Venkateshwar lowered the firm’s price target on AT&T to $28 from $30 and kept an Overweight rating on the shares. Management comments around Warner/Discovery (DISCA) deal structure likely drove the post-earnings stock performance more than earnings, but the 2022 outlook “did not help,” Venkateshwar tells investors in a research note. The analyst says the upcoming investor day will likely be an essential catalyst for management to shape the long-term narrative.

“A year and a half ago, we began simplifying our business to reposition AT&T for growth, and we’re extremely pleased with how we’ve executed on that commitment,” said John Stankey, AT&T CEO. “We ended 2021 the way we started it – by growing our customer relationships, running our operations more effectively and efficiently, and sharpening our focus. Our momentum is strong, and we’re confident there is more opportunity to continue to grow our customer base and drive costs from the business.

“We’re at the dawn of a new age of connectivity. Our focus now is to be America’s best connectivity provider and also ensure our media assets are positioned to grow and truly become a global media distribution leader. Once we do this, we’ll unlock the true value of these businesses and provide a great opportunity for shareholders.” 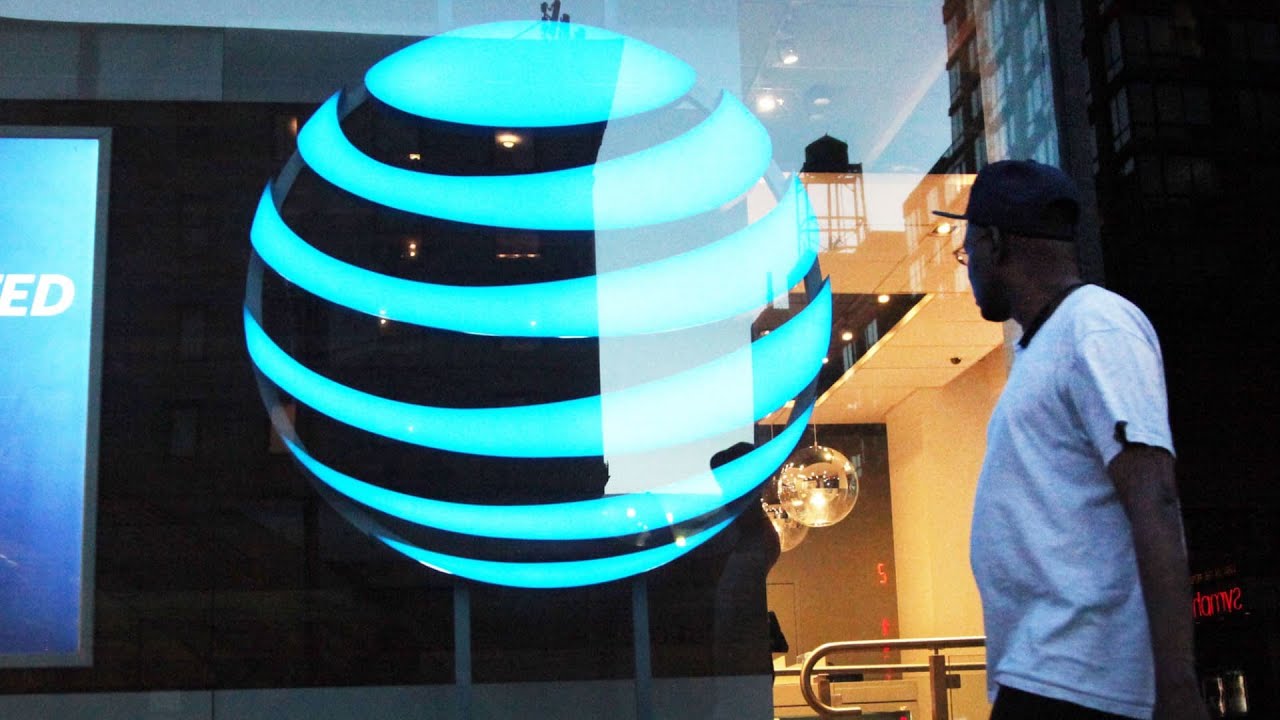 There is support at 22.17 from a horizontal line in the daily time frame.

There is a resistance zone ranging from 26.75 to 27.64. This zone is formed by a combination of multiple trend lines in multiple time frames. There is also resistance at 32.77 from a horizontal line in the weekly time frame.

T has an average technical rating and it also does not offer a high-quality setup at the moment. Prices have been extended to the downside lately. T stock has a Setup Rating of 1 out of 10. For a nice entry it is better to wait for a consolidation. Click here to sign up for email alerts on when T stock consolidates and has a Setup Rating of 8 or higher.