“Following 12 months of a successful launch through a global pandemic, we have a clear picture of the continued commercial trajectory for ORLADEYO based on a very attractive product profile, leading to strong patient demand to switch from injectable therapies to our oral, once-daily medicine, with 70 percent patient retention through the first year. Building on our substantial 2021 patient base, we are confident that ORLADEYO will achieve no less than $250 million of net revenue in 2022 and that ORLADEYO will become the market leader as the most prescribed prophylactic therapy with peak sales of $1 billion,” said Jon Stonehouse, president and chief executive officer of BioCryst.

New patient demand for ORLADEYO remains strong and consistent, with a similar number of new patients added in Q4 2021 as in each of the previous three quarters of the year. Patients switching from other prophylactic therapies and acute-only therapy continue to drive the launch. More than half of patients new to ORLADEYO since launch had a previous prophylactic medicine prior to ORLADEYO and most of the remainder were from acute-only treatment.

Most patients are well-controlled on ORLADEYO and remain on therapy. Approximately 70 percent of patients starting ORLADEYO, including those switching from injectable prophylaxis, remain on ORLADEYO in the first year.

ORLADEYO is now covered by all major payors and national and regional pharmacy benefit managers, which will lead to more patients being reimbursed quickly.

The ORLADEYO prescriber base continues to grow significantly. The number of new physicians prescribing ORLADEYO in Q4 2021 was similar to the number added in Q3 2021. In market research, 60 U.S. physicians, who treat an average of seven HAE patients each, reported that they expect to double their use of ORLADEYO, and that ORLADEYO will become their most prescribed prophylactic treatment in the next 12 months.
“We expect ORLADEYO revenues in 2022 to more than double in our second year of launch as we benefit from a full year of reimbursement and continued strong demand from patients and physicians. ORLADEYO is transforming the lives of HAE patients, which is why ORLADEYO is on a trajectory to become the market leader in HAE prophylaxis,” said Charlie Gayer, chief commercial officer of BioCryst.

BioCryst plans to further advance and expand its Factor D program over the next two years by achieving the following:

Complete and report data from REDEEM-1 and REDEEM-2
Prepare to submit regulatory approval filings in PNH
Complete the renal PoC basket trial and advance to pivotal trials in C3G, IgAN and PMN
Commence PoC trials in other complement-mediated diseases
“Following the discovery, development and commercialization of ORLADEYO, the BioCryst team plans to repeat this success as we leverage our platform to bring new oral medicines to patients suffering from other rare diseases. BCX9930 is especially exciting because the clinical data we have reported so far provides confidence that we can help patients in PNH, and across many complement-mediated diseases, with this pipeline in a molecule,” said Dr. Helen Thackray, chief research and development officer of BioCryst.

Today at 9:45 a.m. ET, the company will present at the 40th Annual J.P. Morgan Healthcare Conference, which is being conducted as a virtual event. Links to a live audio webcast and replay of the presentation may be accessed in the Investors section of BioCryst’s website at https://www.biocryst.com. 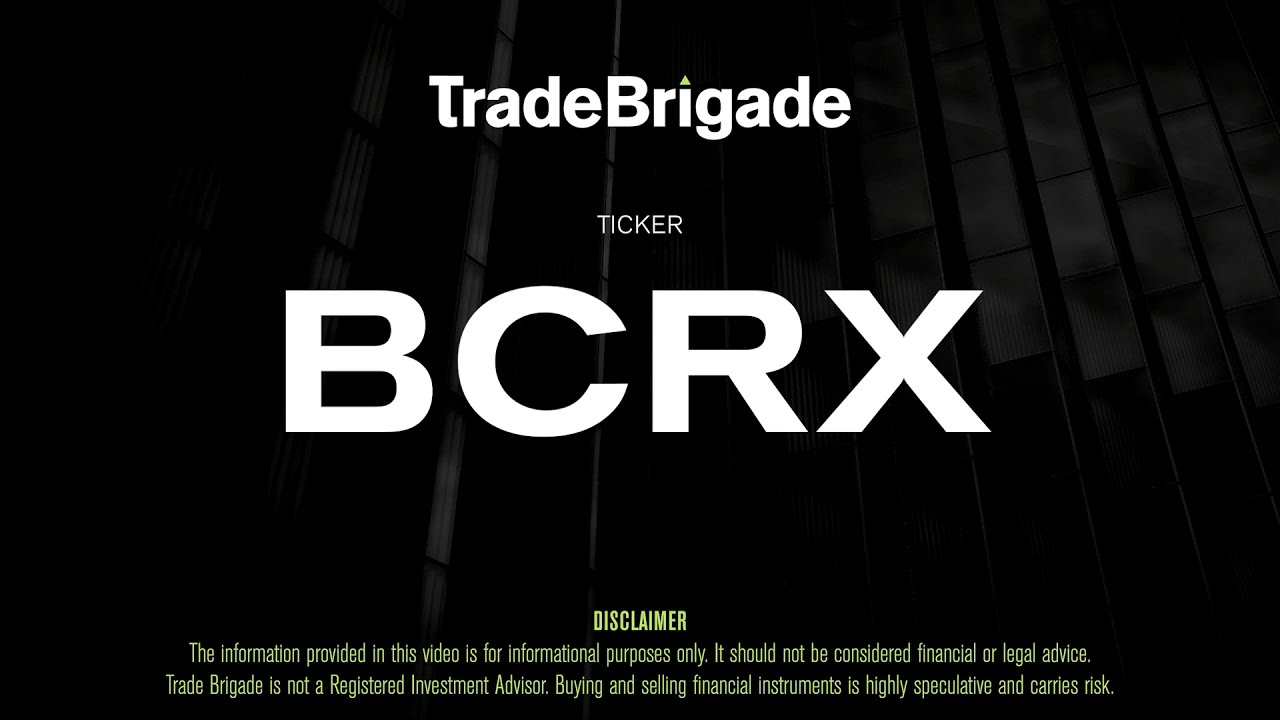 The short-term trend is negative, the long-term trend is neutral. BCRX is part of the Biotechnology industry. There are 630 other stocks in this industry. BCRX outperforms 91% of them. BCRX is currently trading in the middle of its 52-week range. The S&P500 Index however is trading in the upper part of its 52-week range, so BCRX is lagging the market slightly.

There is a support zone ranging from 11.41 to 11.65. This zone is formed by a combination of multiple trend lines in multiple time frames. There is also support at 11.17 from a horizontal line in the daily time frame.

The technical rating of BCRX is bad and it also does not present a quality setup at the moment. Price movement has been a little bit too volatile to find a nice entry and exit point. It is probably a good idea to wait for a consolidation first. Click here to sign up for email alerts on when BCRX stock consolidates and is a good long entry.