Bullish options flow was detected in IQ stock on July 2, 2020.

Make sure to review this lesson on options flow so you understand the chart above.

On July 2, 2020, Loop Capital analyst Rob Sanderson raised the firm’s price target on iQIYI (IQ) to $23 from $20 but keeps a Hold rating on the shares. The analyst anticipates Q2 results to come in toward the low-end of guidance due to higher subscriber churn and softer advertising sales, but the stock can benefit amid speculation that Tencent (TCEHY) is looking to take over the majority of its ownership from Baidu (BIDU). The combination would give Tencent control of over 70% of the Internet video subscriptions in China while allowing Baidu to make strides in capital structure reform.

On June 30, 2020, iQIYI Inc. (NASDAQ: IQ), an innovative market-leading online entertainment service in China, announced that its original CG-animated series, Deer Squad Season 1 will premiere on July 15 on the Company’s platform. The animation will also air on Nickelodeon in Asia from August 2020 with plans to air internationally as well.

On June 25, 2020, Oppenheimer analyst Bo Pei downgraded iQIYI to Perform from Outperform saying the stock has rallied over 40% from this year’s trough, and Q2 viewership data suggests a meaningful decline in subscribers. According to ENLIGHTENT, iQIYI’s quarter-to-date overall viewership has dropped 37% sequentially, and VIP-exclusive content viewership also dropped 42% quarter-over-quarter versus Q1. While it is expected for viewership to decline after COVID-19 as society reopens, the analyst believes the meaningful drop suggests that Street’s current consensus of 1M sub decline likely underestimates the magnitude. In addition, content costs are relatively inflexible regardless of subscriber count, he contends. Therefore, Pei sees negative estimate revisions for revenue and profits over the next earnings cycle and suggests investors wait for a better entry point.

On June 18, 2020, iQIYI Inc. (NASDAQ: IQ) recently released the content list for its Mist Theater, a content category dedicated to domestically produced suspense dramas. The six distinctive short dramas released as part of the new library will broaden the creative approaches of Chinese suspense drama productions and refresh the storytelling style of the genre. The launch of new category also underscores iQIYI’s strengths and advantages in creating original suspense dramas.

Among the six dramas, Kidnapping Game, The Long Night, The Bad Kids and Wisher, were adapted from well-known suspense novels by authors such as Japan’s Keigo Higashino and China’s Zi Jinchen and Na Duo. iQIYI collaborated with Wuyuan Culture, Eternity Pictures and other first-class studios to produce high-quality content throughout the entire production process of scripting, filming, editing and production. The star-studded iQIYI productions cast features dozens of renowned domestic actors and major crowd-pullers such as Liao Fan, Qin Hao, Wang Jingchun Wang Qianyuan and Zhu Yawen. The Bad Kids boasted a score of 9.0 out of 10 on Douban, a popular Chinese website providing user reviews and recommendations for movies, TV series, books, etc., within 18 hours after its release. To date, its score has reached 9.2, becoming the online Chinese drama with highest score so far this year.

Since the debut of the Youth Theater and Mystery & Suspense Theater categories in 2018, iQIYI has pioneered the building of dedicated category-based communities online by bringing together like-minded users who are fans of same content genre through content and interactive features. The launch of the Mist Theater, which upgrades the platform’s previous offerings, is a crossover creation of iQIYI’s dual focus on genre-oriented theater-like operation and short drama series creation.

Following the launch of Mist Theater, iQIYI has partnered with KFC to run a co-branding marketing campaign that will provide with 10 million cups of KFC’s K COFFEEs that each contain hidden clues to the mysteries of the dramas. These clues entail 18 items that drive the plot development of six dramas, such as the butterfly tattoo from Kidnapping Game and white sneakers from The Bad Kids. In addition, it also provides iQIYI’s VIP members with limited cups of free KFC K COFFEEs as well as nearly 1 million K COFFEE coupons. Under the campaign, iQIYI VIP members who purchase any product from KFC’s ground coffee selection online will be given the early on-demand pass for dramas from the Mist Theater library. By promoting the Mist Theater, KFC is also increasing its brand awareness and sales through acknowledgement posts and pause advertisements.

This innovative co-branding marketing campaign follows several collaborations between iQIYI and KFC. As innovative pioneers in the respective fields of video entertainment and food and beverage with a large base of young users, iQIYI has cooperated with KFC many times in terms of member services and exclusive set meals. iQIYI and KFC previously collaborated in 2017 to release set meals that were based on the iQIYI IP-based drama series Legend of Zu Mountain 2, ushering in a wave of co-branding marketing between entertainment IP and dining scenarios in China. In 2019, two companies collaborated to launch the “iQIYI VIP Products Day”. Under the collaboration, iQIYI VIP members were able to enjoy a wide selection of KFC’s coffee, afternoon tea products for a discounted price. A series of cooperation between iQIYI and KFC proves that dining integrated with entertainment is able to create interesting cross-branding marketing campaigns and offer value-added benefits for its members and customers.

On June 16, 2020, it was reported that Tencent (TCEHY) is looking to become the biggest shareholder in video streaming rival iQIYI (IQ) in order to lower costs and counter competition, Reuters’ Zhang Yan and Julie Zhu report, citing two people familiar with the matter. According to one of the people, Tencent has approached Baidu (BIDU), which has a 56.2% stake in iQIYI, to buy a stake of an undetermined size. Source: https://www.reuters.com/article/us-iqiyi-m-a-tencent-holdings-exclusive/exclusive-tencent-aims-to-become-biggest-shareholder-of-video-streaming-rival-iqiyi-sources-idUSKBN23N11Z?feedType=RSS&feedName=businessNews 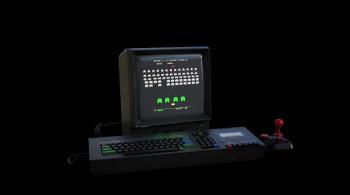 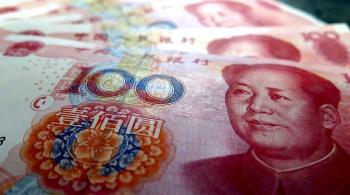