Cathie Wood’s continues to pile into beaten-down big tech stocks on February 3, 2022. Today she added to positions in SQ and SPOT stocks. I guess it’s easier to pile on risk when it’s somebody else’s money.

Buy the Dip In a Sell the Rip Market

I’ve seen investors like Cathie Wood’s before. They only know one way to invest and they continue to be stubborn and invest that way until they are destroyed in spectacular fashion like a Supernova.

Will Cathie Wood reaffirm her genius investor status or go down in a blaze of glory? Only time will tell and nobody, not even Cathie Wood, knows the future.

Block reinstated with an Overweight at JPMorgan

On February 2, 2022, JPMorgan analyst Tien-Tsin Huang reinstated coverage of Block with an Overweight rating with a price target of $200, down from $320, following a period of restriction. The company’s current valuation and growth are “quite attractive” with new product launches serving as positive catalysts, “de-risking the hard/soft-landing concern for stand-alone Cash App growth deceleration near-term,” Huang tells investors in a research note. Block has created “two powerful” independent ecosystems serving consumers and sellers and Afterpay “is an elegant way to bring both together to create a formidable two-sided network,” says the analyst.

On January 25, 2022, Square announced its arrival in Spain following a successful Early Access Programme. Starting today, Spanish entrepreneurs, freelancers, and business owners will be able to use Square’s ecosystem of tools; the only end-to-end solution of its kind in the country.

“We’ve been trialing Square’s suite of products both in-store and online and we love it,” said Miguel Gil, owner of Hop Hop Hurrah, one of the first businesses to use Square’s products in Spain. “Having a point-of-sale system with integrated payments and omnichannel solutions has transformed the way we’re able to run our business, making it an easy and seamless process. We’re pleased we were able to switch to Square and feel much more confident in our ability to grow, ensuring we never miss a sale, as we look towards the future.”

Square is part of Block, Inc. a global technology company focused on financial services, founded in 2009 and headquartered in San Francisco. Square is currently present in nine countries, with Spain being the fourth European country and the first launched in 2022, after landing in Ireland and France last year and the UK in 2017. Square seeks to help entrepreneurs in a country where SMEs account for 99% of businesses, so that they can easily sell their products and services, both in physical shops and online, as their needs evolve. Square will also be rolling out support in Catalan over the coming months.

“We are thrilled to expand Square’s solutions into Spain, helping merchants to run their entire business end-to-end with integrated software, hardware, and data analytics while making it easy for them to take card payments,” said Alyssa Henry, Head of Square. “Spanish businesses of all types and sizes will now be able to use our integrated ecosystem of products and services to grow, adapt, and run their businesses.”

Morgan Stanley analyst Benjamin Swinburne notes that Spotify continues to prioritize investments in long-term growth over near-term profits and argues that its top-line trends support this view, adding that he sees “more positives than negatives” in the 4Q report and outlook for 2022 even though there is a lack of gross margin inflection baked into guidance. The analyst, who is raising his MAU outlook after the stronger than expected Q4 results, calls the company’s upcoming investor day “the next chance to convert the skeptics” and he maintains an Overweight rating and $300 price target on Spotify shares.

Total MAUs grew 18% Y/Y to 406 million in the quarter, up from 381 million last quarter and near the top end of our guidance range. We saw double digit Y/Y growth in all regions with particular strength in the Rest of World, which was led by strong results in India and Indonesia. Latin America also outperformed expectations.

On December 1, 2021, we successfully launched the 7th annual year-end Spotify Wrapped campaign to users in 103 markets. Collectively, 120 million MAUs engaged with Wrapped content in Q4 (up 29% Y/Y) and there was strong Y/Y growth in engagement across all regions and demographics. The campaign trended worldwide with nearly 60 million shares of Wrapped stories and cards, triggering significant levels of consumption across our two personalized playlists (Your Top Songs and Your Artists Revealed) which were responsible for almost 8% of total on-platform consumption hours within 48 hours of launch.

Our Premium Subscribers grew 16% Y/Y to 180 million in the quarter, up from 172 million last quarter and near the top end of the guidance range. All regions contributed to growth, led by Europe and Latin America on an absolute Q/Q basis. Additionally, we tested a shortened holiday promotional campaign for our Standard plan (4 weeks vs. 6 weeks in Q4 2020) which shifted typical gross intake seasonality. Despite the two fewer weeks, campaign performance exceeded expectations.

Within Premium, the average revenue per user (“ARPU”) of €4.40 in Q4 was up 3% Y/Y (or up 1% Y/Y constant currency). Excluding the impact of FX, we saw a benefit to ARPU primarily from our price increases.

Ad-Supported Revenue reached a record 15% of total revenues in the quarter and continued to benefit from higher sold impressions, increased CPMs, and growing demand within the Spotify Audience Network. Podcast revenue strength was led by the Spotify Audience Network, where we saw a significant increase in inventory in conjunction with increased CPMs. Additionally, podcast revenue benefited from strong growth across existing Spotify studios and our exclusive licensing deals.

During the quarter, we announced the acquisition of Whooshkaa, a podcast technology platform that offers a specialized tool for radio broadcasters to turn their existing audio content into on-demand podcast content. This technology will be integrated into the Megaphone suite which will bring more third-party content into the Spotify Audience Network, connect advertisers to more audiences, and allow radio broadcasters to expand their reach and increase monetization. 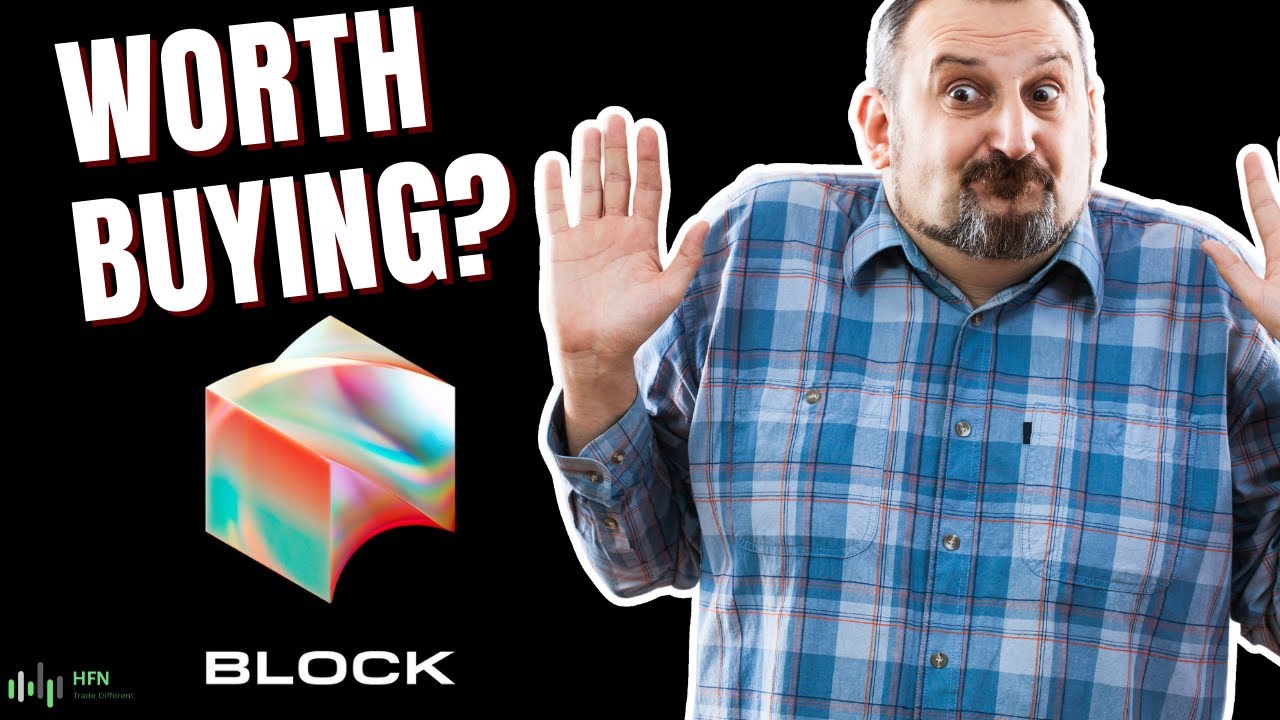 The short-term trend is negative, as is the long-term trend. SQ is one of the lesser performing stocks in the IT Services industry. 75% of 153 stocks in the same industry do better. SQ is currently making a new 52 week low. This is a very bad signal. The S&P500 Index is trading in the upper part of its 52-week range, so SQ is lagging the market.

There is a resistance zone ranging from 248.87 to 248.87. This zone is formed by a combination of multiple trend lines in the daily time frame.

The technical rating of SQ is bad and it also does not present a quality setup at the moment. SQ stock has a Setup Rating of 3 out of 10. Price movement has been a little bit too volatile to find a nice entry and exit point. It is probably a good idea to wait for a consolidation first. Click here to sign up for email alerts on when SQ stock consolidates and has a Setup Rating of 8 or higher.

The short-term trend is negative, as is the long-term trend. Volume is considerably higher in the last couple of days. In combination with the strong move down this is a bad signal. Prices have been falling strongly lately, it is better to avoid new long positions here. SPOT is an average performer in the Entertainment industry, it outperforms 45% of 84 stocks in the same industry.