With China’s vast investment in the U.S. and still more U.S. corporations fearful that China will block their access to Chinese markets, this radical communist regime has managed to block from the world what they are doing in Xinjiang.

Beijing has put more than 1 million Uyghurs in internment camps over the last year.

Citing sources familiar with the matter, TechCrunch says that the malicious websites used to hack into iPhones, first detailed by Google, were part of a “state-backed attack,” likely from China, designed to “target the Uyghur community in the country’s Xinjiang state.

The websites were part of a campaign to target Muslims by infecting an iPhone with malicious code simply by visiting a booby-trapped web page. In gaining unfettered access to the iPhone’s software, an attacker could read a victim’s messages, passwords, and track their location in near-real time. Anyone who was critical of the Chinese Communist Party were tracked, arrested, and put into an internment camp.

Apple has literally helped the communist Chinese put more than 1 million people into internment camps. You can read the full report on TechCrunch here.

Communist China should have never been accepted into the WTO. Oh, but Bill Clinton said in the 1990s that China was our most favored nation and George Bush agreed when he became President years later.

I’m furious at our corrupt mainstream media that will not report on a modern day Hitler like Dictator Xi that is using American technology to put millions of people into internment camps and then using their prison labor to put American’s out of work, and expand their communist empire.

How could Apple not know that their iPhones were being used as blood phones to imprison millions of people? Google and TechCrunch found out and reported on this but Apple did not? Did Tim Cook turn a blindeye to what the Chinese were doing so that Apple could continue to have access to Chinese markets? As Apple investors, I think we have a right to know what these globalist corporations are colluding with China to do against humanity using our money.

Guo Wengui specifically says, “America, you are in danger from the Chinese Communist Party. You are too naive.” Where is the reporting from mainstream media groups on Guo Wengui’s story? Why is only Kyle Bass a citizen journalist covering Wengui’s story? The mainstream media wants to make comparisons between President Trump and Hitler for political power but ignore Dictator Xi who is actually putting millions of people into internment camps! Our mainstream corporate media is so corrupt folks and this is yet another example.

Please share this article with your family and friends and get the word out about the threat the radical Communist regime inside China is to the world.

The Chinese have repeatedly tried to hack my website and take it off line whenever I write an article critical of China. I have had to work with a third-party security company to block all traffic from China to GuerillaStockTrading.com. Chinese hackers then used open-relays in neighboring countries to China and so those countries have been blocked as well. I have also had to block TOR and other proxy connections to my site as they were being used by Chinese hackers. I have long told you about the battle going on in cyberspace with the Chinese attacking any American websites that are critical of their actions. China hacking iPhones and using that to put millions in internment camps is not surprising to me. What is surprising is that a modern day dictator Xi can put millions into internment camps just like Hitler did but then it goes unreported in our mainstream media. For Comcast, Turner Broadcasting, 21st Century Fox, and Disney news outlets (CNN, NBC, CNBC, MSNBC, Fox News, ABC) to not report on crimes against humanity like this means that they are complicit in what China is doing because of money and that’s a terrifying thought.

Follow me
Latest posts by Lance Jepsen (see all)
China 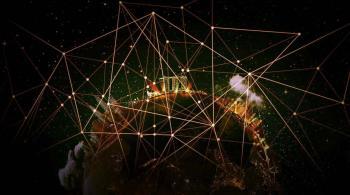