The Committee on Foreign Investment in the United States (CFIUS) just did the unthinkable last week by deciding there are “no unresolved national security concerns” over the deal to sell the 134-year-old Chicago Stock Exchange to the Chinese.

Every common red-blooded American knows that selling the Chicago Stock Exchange to the Chinese represents the largest national security threat to the US in the last decade. It’s unthinkable that a communist country who is ideologically opposed to freedom and Democracy and who just last week seized an American underwater drone in neutral international waters would be approved by the US government to purchase the Chicago Stock Exchange.

China’s military has repeatedly harassed US ships in international waters over the last year.

How Deep Does the Corruption of the US Government By the Chinese Go?

The US government has apparently been infiltrated by Chinese interests. The fact that the Chinese bought influence and power inside the US government was made evident during both Democrat and Republican administrations who sold out US workers by closing some 60,000 manufacturing plants and moving more than 5 million manufacturing jobs to China since 2001.

Since 2001, China has invested more than $70 billion in the US, including more than $15 billion last year alone according to the China General Chamber of Commerce which operates inside the US. ChicagoBusiness writes…

The Chinese have demonstrated time and time again that they are not America’s friend. How then could the sale of the Chicago Exchange to a communist government that is hostile towards the US not be a national security threat?

What has been clear during both Republican and Democrat administrations is that people inside the US government are for sale and that’s the textbook definition of corruption.

The Committee on Foreign Investment in the United States (CFIUS) should be investigated for corruption by foreign powers. The people that sit on the Committee need to be examined to see if they received large bank deposits or other “favors” from the Chinese.

Who Sits On the Foreign Investment in the United States Committee

Chaired by the United States Secretary of the Treasury, the Foreign Investment in the United States Committee (CFIUS) includes representatives from 16 U.S. departments and agencies, including the Defense, State and Commerce departments, as well as (most recently) the Department of Homeland Security.

As Secretary of State, Clinton was one of nine voting members of CFIUS in 2010 that approved the sale of uranium to the Russians, which was then approved by President Obama. Money then flowed from the Russian-controlled company Uranium One to the Clinton Foundation. The New York Times wrote about the scheme here.

The Chicago Stock Exchange should be allowed to fail if it can not stay competitive in a free market. Selling every struggling American company to the Chinese is how America slowly gets taken over by a foreign power.

Folks whenever you see a US government agency like CFIUS make an irrational decision that sells America out, chances are you will find a money trail that shows influence and corruption amongst that US government agency. Everybody elected or appointed to a government office is trying to get rich, just like we are, and they are willing to make wrong decisions for America, to achieve that end. 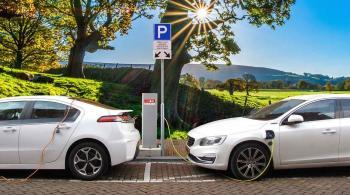