A Black Lives Matter protest is coming to a city near you. You should be afraid.

Nobody just matters. I know, that’s messed up, right? You may have the right to speak, but you don’t have the right to be heard. Can you imagine if everyone was forced to listen to everyone else? Nobody would get anything done. If you want to matter in this life, you have to work hard at it. You have to suffer in school, then college. You have to delay gratification while you work at moving up the many ladders in society. You matter to other people by providing value to them. The number of times you will be knocked down are more numerous than you can count, but you always keep pushing on. You have to work, as the Bible puts it, “by the sweat of your brow”. To God, and God alone, we all matter. On carnal Earth, nobody just matters. I know that’s a cynical way to look at life but I think it’s reality. It’s the earthy world of man and woman. It would be awesome if everyone was like Jesus and really acted like everyone else matters, but in reality, about half the country doesn’t even believe in Jesus.

Martin Luther King Jr. longed for a world where the color of a person’s skin does not matter. According to King, a man should not be judged by the color of his skin, but by the quality of his character. King abhorred violence. Why have some African-Americans gone militant and abandoned Martin Luther King Jr’s message? In my opinion, poverty plays the largest role.

The unemployment rate among African-Americans is about 10 percent compared to about 5 percent for Caucasians. Poverty in African-American communities has opened them up to the influence of powerful groups and their ideologies. We have seen a similar situation happen with ISIS moving into poverty-stricken countries around the world. When people are without jobs and broke, they are more susceptible to the ideologies of militant groups.

These Anti-capitalist Private Property Groups Target Businesses For a Reason

You might have wondered about the riots in Ferguson and why African-Americans attacked fellow African-American business owners property. African-Americans also burned to the ground the only grocery stores in the area. At first, it seems silly and illogical to attack the few resources of jobs and food in your community. However, the truth is far more shocking and scary.

When you see rioting and the destruction of private property, that probably means that militant communists or socialists are operating in the area. It doesn’t matter if it’s an African-American owned business. It’s not about the race of the store owner. It’s about attacking the concept of private property. The far left believes if you have something that they don’t, that’s not fair, and you should not have a right to whatever it is you have.

Big grocery stores in inner-city areas that give jobs to African-Americans, they are the enemy because they provide a way for an African-American to get a job, become self-sufficient, and not have to rely on a militant socialist group for support.

The dangerous leftist Black Lives Matter group had these images on its Facebook page:

A war against cops across the country:

All “pigs” are the enemy:

No, We Don’t Need To Talk To Each Other More

The mainstream media is pushing the idea that we all just need to talk to each other more. Talking to each other is way overrated. There is no talking with these militant leftist groups. They have an ideology that is against capitalism and American life as we know it. It is naive to think you can talk down a militant communist/socialist group any more than you can talk down a Muslim terrorist. The Dallas attack proves this point.

Police tried to negotiate for hours with the African-American sniper who refused to come out. Ultimately, police sent in a robot and detonated a bomb to kill the sniper.

These militant groups have Wall Street, and even the concept of private property, in their cross-hairs. If abolishing private property rights sounds too nutty for you to believe anyone could successfully force on Americans, check out how America is already on the road to socialism:

We have one of the worst President’s in American history, President Obama, who has allowed these groups to flourish under his time in office because they helped get him elected. This leftist network of anti-American militant groups played a pivotal role in electing Barack Obama. These militant groups used classic propaganda techniques to make false allegations about Bush (that he lied regarding WMDs, he stole the election in Florida, he knew in advance about 9/11, etc.) and created the impression that Bush and by extension, the Republican party, was corrupt. Obama, of course, was portrayed as the reformer who would save America from this corruption.

Has Black Lives Matter Come To Your City Yet?

There is a good chance that Black Lives Matter activities are coming to your city. If you are not afraid, you should be.

El Paso Police Chief Greg Allen who runs one of the country’s largest police departments, had this to say about the militant group Black Lives Matter:

“Black Lives Matter, as far as I am concerned, is a radical hate group and for that purpose alone, I think the leadership of this country needs to look a little bit harder at that particular group. The consequences of what we saw in Dallas is due to their efforts.” ~ El Paso Police Chief Greg Allen

Democrats and President Obama will likely use their power and influence to remove El Paso Police Chief Greg Allen from power after he said this. Even though Greg Allen himself is an African-American, he’s a traitor to the leftist agenda and so he will have to go. I expect George Soros and other contributors to the Tides Foundation to pour a lot of money into firing El Paso Police Chief Greg Allen. There are some signs that this has already begun, check out how the mainstream news is reporting the Police Chief’s comments:

These militant leftist groups strike at the heart of what we invest and trade in, businesses. After the horrific shooting at a Black Lives Matter protest in Dallas, Texas last week, we can conclusively say that there is a rising movement of violent anti-capitalist groups across America. As traders, we have to be aware of this growing movement and trade it accordingly. 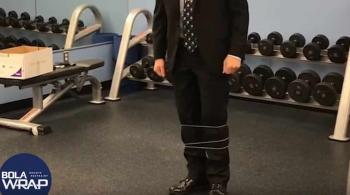 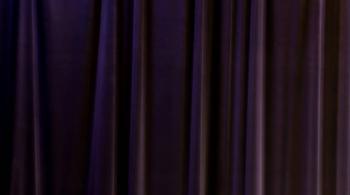 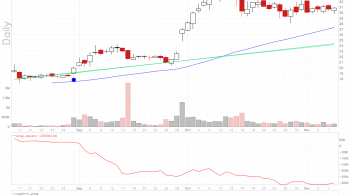