Bill and Hillary Clinton’s NAFTA helped Mexico at the expense of US workers.

Economists against NAFTA in the 1990s warned everyone that all Mexico had to do was to devalue their currency to gain comparative advantage over the US for just about every product produced. The chart below shows Mexico has been devaluing their currency for more than a decade.

Ross Perot, back in 1992, warned everyone that NAFTA was bad for the US economy.

Both Hillary and Bill Clinton promised Americans that NAFTA was going to be good for jobs.

Here is a news report about what Bill Clinton did to get NAFTA passed.

Democrats are some of the biggest supporters of NAFTA and open borders because of the liberal-leaning University education establishment in this country. Left-leaning economists use Adam Smith and the Ricardian free trade model as justification for NAFTA-like trade agreements. Folks, Adam Smith and David Ricardo lived hundreds of years ago and had nowhere near the skill set that modern day economists have. Adam Smith and David Ricardo did not even know about supply and demand charts! Smith and Ricardo didn’t even have computers to crunch vast amounts of data to test economic models! Folks, left-leaning economists messed up not taking currency devaluation into account. I talk more about the huge mistake that left-leaning University economists made here. The other huge thing that Smith and Ricardo did not take into account was Game Theory. Game Theory is less than 100 years old, and yet it has vastly improved our understanding of quantifying the “it pays to cheat” motive. I talk more about Game Theory here.

Anyone who thinks voting a Clinton back in the White House is going to be good for the US economy and jobs; you’re being sold a bill of goods. It was the Clintons who negotiated and signed into law NAFTA, one of the worst international trade agreements in history. I’ve heard some people do a “pivot” and say well George Bush and Republicans supported NAFTA as well. That’s true. The establishment center of both parties sold America down the river; however, we’re not voting on putting another Bush back in the White House. 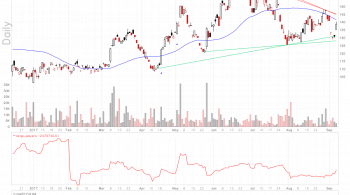