The iPath Dow Jones-UBS Livestock Subindex Total Return ETN (NYSEARCA:COW) is in a strong uptrend as of February 20, 2022. Meat substitution for the recently detected bird flu that is spreading across the country will likely keep the bidding under the ETF. COW is about a 50-50 split between cows and hogs. As chicken prices rise, customers will substitute another meat for chicken until prices fall again and that’s what is driving COW higher.

Samples from the flock were tested at the Cornell University Animal Health Diagnostic Center, part of the National Animal Health Laboratory Network, and confirmed at the APHIS National Veterinary Services Laboratories (NVSL) in Ames, Iowa.

APHIS is working closely with state animal health officials in New York on a joint incident response. State officials quarantined the affected premises, and birds on the properties will be depopulated to prevent the spread of the disease. Birds from the flock will not enter the food system.

According to the U.S. Centers for Disease Control and Prevention, the recent HPAI detections in birds do not present an immediate public health concern. No human cases of these avian influenza viruses have been detected in the United States. As a reminder, the proper handling and cooking of poultry and eggs to an internal temperature of 165 ˚F kills bacteria and viruses.

As part of existing avian influenza response plans, Federal and State partners are working jointly on additional surveillance and testing in areas around the affected flock. The United States has the strongest AI surveillance program in the world, and USDA is working with its partners to actively look for the disease in commercial poultry operations, live bird markets and in migratory wild bird populations.

Avian influenza is caused by influenza Type A virus (influenza A). Avian-origin influenza viruses are broadly categorized based on a combination of two groups of proteins on the surface of the influenza A virus: hemagglutinin or “H” proteins, of which there are 16 (H1-H16), and neuraminidase or “N” proteins, of which there are 9 (N1-N9). Many different combinations of “H” and “N” proteins are possible. Each combination is considered a different subtype, and related viruses within a subtype may be referred to as a lineage. Avian influenza viruses are classified as either “low pathogenic” or “highly pathogenic” based on their genetic features and the severity of the disease they cause in poultry. Most viruses are of low pathogenicity, meaning that they causes no signs or only minor clinical signs of infection in poultry.

Bird Flu Spreading Across the Country

From the USDA website it appears that Bird Flu outbreaks are spreading across the country.

I have colored the states red where this latest bird flu outbreak has been reported and it appears to be spreading from the east part of the country to the west.

📺 Ohio farmers on alert as bird flu spreads in nearby states 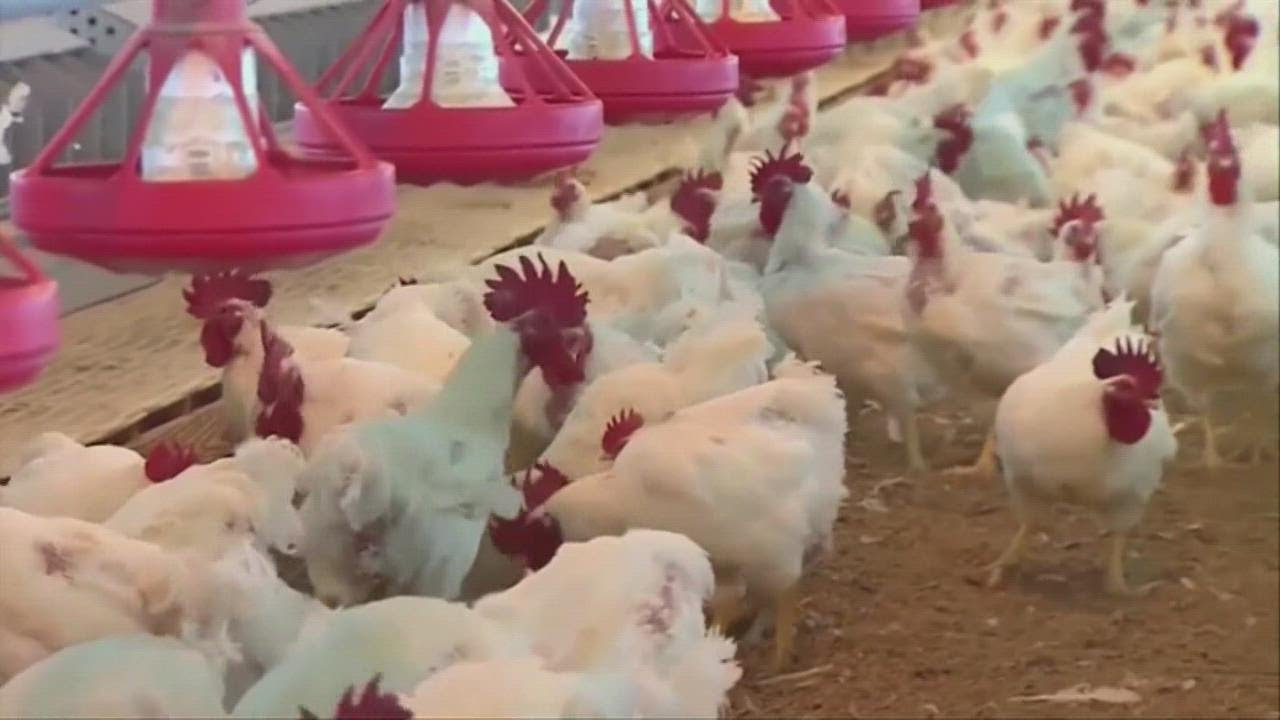 The long and short-term trends are both positive. When comparing the yearly performance of all stocks, we notice that COW is one of the better-performing stocks in the market, outperforming 84% of all stocks.

There is a resistance zone ranging from 41.04 to 41.04. This zone is formed by a combination of multiple trend lines in multiple time frames.

Besides having an excellent technical rating, COW also presents a decent setup pattern. COW stock has a Setup Rating of 5 out of 10. Prices have been consolidating lately and the volatility has been reduced.