The first arrest of deep state operatives just happened with the arrest of Reality Leigh Winner, a 25-year-old contractor with Pluribus International Corporation according to a report in Breitbart (link above). Reality Winner could just be the lower-level pawn given to appease the public.

The charges are that deep state operative Reality Winner printed a to-secret report for which she had no “need to know,” smuggled it out from an unnamed U.S. intelligence agency facility in Georgia, and later transmitted it to a left-leaning news site called The Intercept.

What is the Deep State

A body of secretive people who Putin recently referred to as “the bureaucracy” who influence and blackmail influential members of government agencies or the military, with the goal of controlling government policy.

With the arrest of Winner it’s proven now that President Trump is being targeted by the deep state with the goal of getting him impeached IMO.

Stock Market Correction and Waiting To Click The Buy Button

Stock Market Correction and Waiting To Click The Buy Button

US Economic Sanctions Against Russia Brings In Germany

US Economic Sanctions Against Russia Brings In Germany 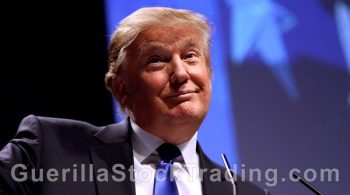