Excellent presentation by Dr. Kevin Folta on biotechnology and GMO foods. Dr Folta makes the connection that humans have been genetically modifying things for hundreds of years and he uses the common dog and cat as an example. Basically Dr. Folta’s presentation breaks down to the idea that a lot of people need to take a chill-pill when it comes to freaking out about GMO foods.

As presented at Darwin on the Palouse 2017. Human history has been a perennial battle against food scarcity and under-nutrition. Today’s modern technologies, led by plant genetic improvement, have provided sustained food security. Some of these technologies implement recombinant DNA technology, commonly known as genetic engineering. These new genetic technologies allow farmers to produce record yields with fewer impacts on the environment. However, these same technologies are often maligned and misrepresented by a well-funded and deceptive movement that uses soft scientific claims, misrepresentation of the literature, manufactured risk, fear, and blatant misinformation to promote their cause.

Dr. Folta will explain the contemporary food war, an unfortunate fight playing out at the intersection of science and food, with impacts on farmers, the environment, consumers and the poverty stricken.

Dr. Folta is the Chairman of the Horticultural Sciences Department at the University of Florida, overseeing teaching, research and extension efforts of more than 50 leading faculty. 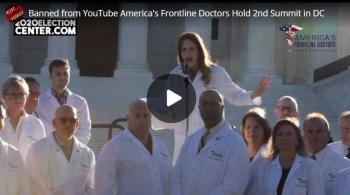