House Bill 29, a bill that legalizes sports betting in Ohio has been signed into law by Ohio Governor. Mike DeWine, WHIO TV reported, citing a spokesperson for the governor’s office. The governor’s office announced the sports betting bill signed into law on Wednesday. The bill had been on DeWine’s desk since December 8, after both houses of the Ohio Legislature passed HB 29 and sent it to the governor. According to the legislation, the state will legalize sports wagering no later than January 1, 2023. In a one-on-one interview with News Center 7′s John Bedell last week, DeWine showed indications the bill would be signed into law. “I see no reason that I would not sign it … I look forward to signing the bill,” DeWine said. The bill allows for casinos, stadiums, bars, and restaurants to offer sports betting. Cell phone apps that offer sports betting will also be legal in the bill.

Figures released by the Pennsylvania Gaming Control Board showed total gaming and fantasy contests revenue for Pennsylvania in November at a record $433M, a 52% year-over-year increase compared to November 2020, according to Benchmark analyst Mike Hickey. The increase was driven by online sports betting revenue of $76.3M, up 103% month-over-month. Together with online sportsbooks and online casinos made up about 38% of the total revenue in November. Total online and retail revenue in November reportedly surpassed the previous monthly record set just last month in October. Market share leaders by gross gaming revenue included Fanduel (PDYPY), DraftKings (DKNG), BetMGM (MGM), Barstool (PENN) and Rush Street Interactive (RSI). Pennsylvania is the fifth most populated state with an approximate population of 13M.

📽 Sports Betting And The Rise Of DraftKings 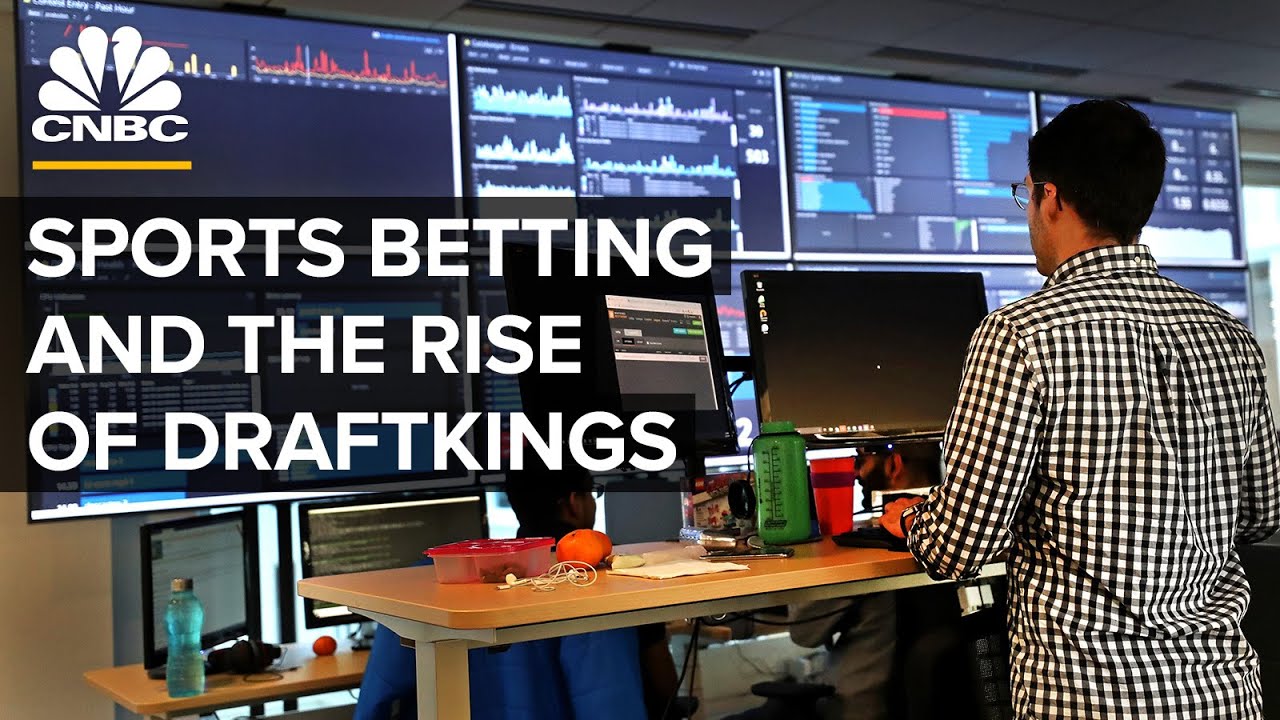 Both the long and short-term trends are negative. It is better to avoid buying stocks with negative trends. DKNG is one of the lesser performing stocks in the Hotels, Restaurants & Leisure industry. 87% of 136 stocks in the same industry do better. DKNG is currently trading near the lower end of its 52-week range, which is not a good sign considering the S&P500 Index is trading near new 52 week highs at the moment. There is a resistance zone ranging from 28.17 to 28.49. This zone is formed by a combination of multiple trend lines and important moving averages in the daily time frame. The technical rating of DKNG is bad and it also does not present a quality setup at the moment. Price movement has been a little bit too volatile to find a nice entry and exit point. It is probably a good idea to wait for a consolidation first. Click here to sign up for email alerts on when DKNG stock consolidates and is a good long entry.