GDP for Q1 was revised upward to 1.4% on an increase in consumer spending. The US economy enters its ninth year of economic growth in July.

The idea that the Federal Reserve has hiked rates too far, too fast, and thus was crashing GDP is pushed a little ways off with this Q1 GDP upward revision. Clearly economic growth is not slowing as rapidly as everyone originally thought.

Some economists suspect the Q1 GDP number still underestimates the true rate of increase in the US. Regardless of the upward revision to GDP, President Trump’s stated goal of quickly boosting annual GDP to 3% remains a struggle.

Analysts estimate that the U.S. market will grow at a 3% rate in the April-to-June interval, although the downturn in equipment orders and shipments reported earlier this week increases the danger that industry investment will supply less of a boost than expected.

A sustained average economic growth rate of 3% hasn’t been achieved in the US since the 1990s. The U.S. economy has grown an average of 2% since 2000.

Initial indications that GDP has accelerated in the next quarter are unlikely in the face of recent data on retail sales and manufacturing production. 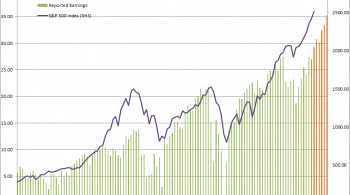 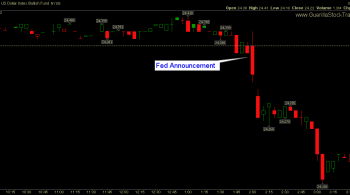