EDIT stock rose more than 17% in after-hours trading on February 28, 2022, after the company announced a favorable USPTO patent ruling.

On February 28, 2022, Editas Medicine, Inc. (Nasdaq: EDIT), a leading genome editing company, announced the U.S. Patent and Trademark Office (USPTO) issued another favorable decision to the Broad Institute, Inc. (Broad) involving specific patents for CRISPR/Cas9 editing in human cells. Pending an appeal to the Federal Circuit, this decision ends the U.S. patent interference between the University of California, the University of Vienna, and Emmanuelle Charpentier (collectively, CVC) and Broad.

This action by the USPTO is the second favorable decision determining Broad as the first group to invent the use of CRISPR/Cas9 for editing DNA in those cells necessary for making gene editing medicines for people. With this decision, the USPTO has clearly determined that CVC was not the first to invent using CRISPR/Cas9 in eukaryotic cells, including human cells, and that CVC is not entitled to patent claims directed to that subject matter. The patents at issue in the current interference are owned by Broad and exclusively licensed to Editas Medicine for the development of medicines for people living with serious diseases.

“While scientists in both groups made important scientific contributions to the field, this proceeding was to determine who invented the use of CRISPR/Cas9 for editing the DNA in eukaryotic cells, including human cells. We are pleased with the U.S. Patent and Trademark Office’s decision, ending the interference, and determining the Broad Institute’s innovative work to discover and use the CRISPR/Cas9 technology in human cells,” said James C. Mullen, Chairman, President, and Chief Executive Officer, Editas Medicine. “The decision reaffirms the strength of our foundational intellectual property as we continue our work to develop life-changing medicines for people living with serious diseases. We are using this revolutionary technology to develop medicines, including our lead program EDIT-101 for the treatment of LCA10.”

As a leading genome editing company, Editas Medicine is focused on translating the power and potential of the CRISPR/Cas9 and CRISPR/Cas12a genome editing systems into a robust pipeline of treatments for people living with serious diseases around the world. Editas Medicine aims to discover, develop, manufacture, and commercialize transformative, durable, precision genomic medicines for a broad class of diseases.

On February 25, 2022, SVB Leerink analyst Rick Bienkowski lowered the firm’s price target on Editas Medicine to $27 from $41 and keeps a Market Perform rating on the shares. The departure of the company’s CMO during an ongoing clinical trial for EDIT-101 and directly before dosing the first patient with EDIT-301 increases execution risk for these programs, and failure of sepofarsen in phase 3 trials of LCA10 further increases development risk of EDIT-101, Bienkowski tells investors in a research note.

Editas Medicine price target lowered to $60 from $75 at Chardan

On February 25, 2022, Chardan analyst Geulah Livshits lowered the firm’s price target on Editas Medicine to $60 from $75 and keeps a Buy rating on the shares after the company reported Q4 results and discussed 2022 catalysts across in vivo and ex vivo programs. The continued evolution of gene editing technologies and advancement of next-gen editing companies changes competitive dynamics, said Livshits, who has adjusted her valuation model accordingly. She also “conservatively” models a $250M equity raise being undertaken by Editas in the fourth quarter of this year. 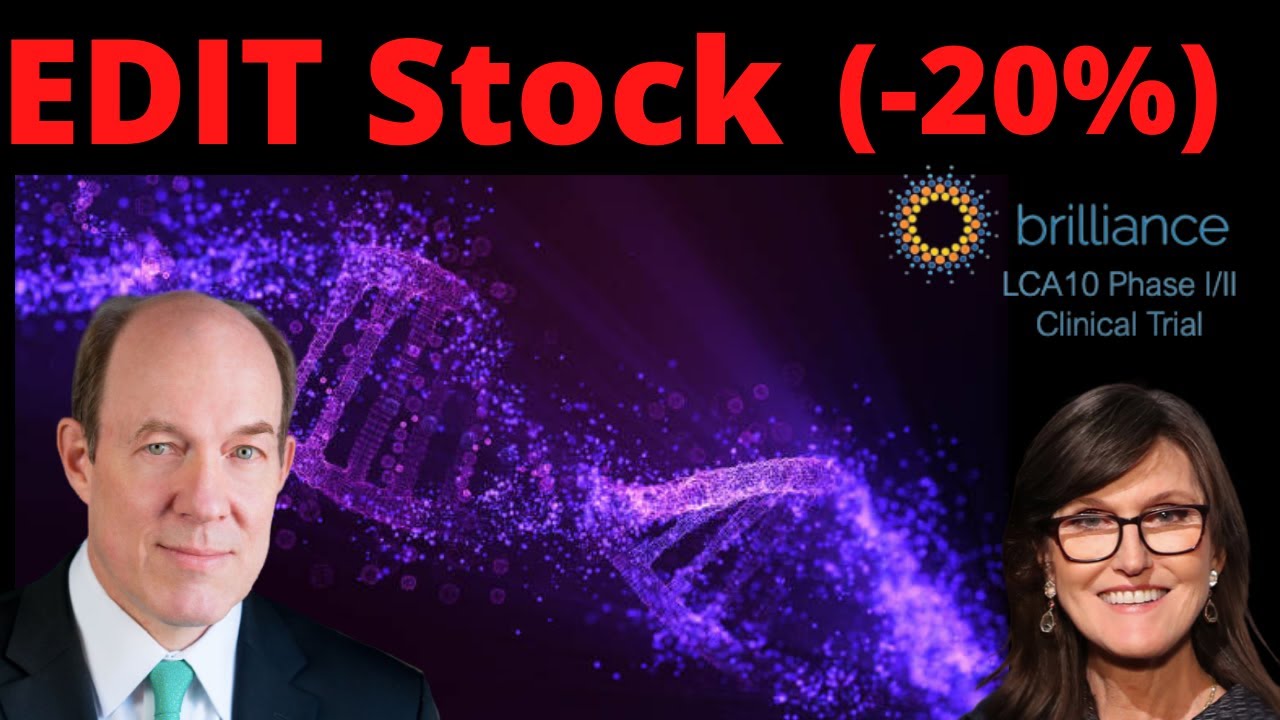 Both the long and short-term trends are negative. It is better to avoid buying stocks with negative trends. EDIT is part of the Biotechnology industry. There are 642 other stocks in this industry, EDIT did better than 44% of them. EDIT is currently trading near the lower end of its 52-week range, which is not a good sign. EDIT is lagging the S&P500 Index which is trading in the middle of its 52-week range.

There is a resistance zone ranging from 17.13 to 17.13. This zone is formed by a combination of multiple trend lines in multiple time frames.

The technical rating of EDIT is bad and it also does not present a quality setup at the moment. Price movement has been a little bit too volatile to find a nice entry and exit point. EDIT stock has a Setup Rating of 3 out of 10. It is probably a good idea to wait for a consolidation first. Click here to sign up for email alerts on when EDIT stock consolidates and has a Setup Rating of 8 or higher.