ERJ stock rose 2% on December 23, 2021, after the company announced a business deal with Zanite Acquisition.

On December 21, 2021, Embraer (ERJ), pursuant to CVM’s Resolution No. 44, dated August 23rd, and in connection with the material fact disclosed on June 10th, hereby informs its shareholders and the market in general that the company, along with two of its subsidiaries, Eve UAM, LLC and Embraer Aircraft Holding, and Zanite Acquisition Corp. (ZNTE), entered into, on this date, a Business Combination Agreement.

Under the Business Combination Agreement, the company’s urban air mobility business, which includes the development and certification of electric vertical take-off and landing vehicles, the creation of a maintenance and services network for eVTOLs and the creation of an air traffic management system for eVTOLs, will be combined with Zanite and the resulting entity will be publicly traded in the United States. In connection with the Combination, the company, Eve and EAH also entered into a Contribution Agreement, which governs the transfer of certain assets and liabilities related to the UAM Business to Eve and the transfer of Eve’s units to EAH in preparation for the Combination.

The Combination will be implemented through an exchange of Eve’s units, which are owned by EAH, for shares of Zanite common stock. After the exchange is effected, Eve will become a wholly owned subsidiary of Zanite and Zanite will change its corporate name to EVE Holding. In connection with the Combination, the company also entered into new agreements to provide products, inputs, and services to Eve which will continue to be effective after the Combination is completed. Upon closing of the Combination, EAH will own 237.5M shares of New Eve’s common stock, representing approximately 82% of the outstanding shares of New Eve as of the closing. EAH will receive 220M shares in exchange for Eve’s units, and 17.5M shares against a cash contribution of $175M. The remaining shares of common stock will be owned by the Zanite’s public shareholders, Zanite’s sponsor and certain third-party investors who enter into subscription agreements to purchase shares of Zanite common stock at the closing of the Combination.

In connection with such commitments, Embraer has entered into arrangements with certain of such strategic investors to provide them with price protections in the amount of up to their $30M aggregate commitments in the form of credits for parts and services or cash in exchange for the transfer of shares to Embraer.

New Eve will be listed on the New York Stock Exchange and will be required to disclose reports and financial information relating to its activities pursuant to the regulations of the United States SEC. The Combination, which has been unanimously approved by Zanite’s board of directors and the company’s board of directors, is expected to close in the second quarter of 2022, subject to approval by regulators, approval of the transaction by Zanite’s shareholders and other customary conditions.

On December 21, 2021, Eve Air Mobility, an Embraer (ERJ) company, and SkyWest (SKYW), announced a Memorandum of Understanding and non-binding Letter of Intent for SkyWest to purchase 100 of Eve’s electric vertical takeoff and landing aircraft, or eVTOL. The partnership will focus on developing a network of deployment throughout the U.S. SkyWest and Eve have also committed to develop a portfolio of services-based capabilities to optimize eVTOL performance in key early adopter cities that will be prioritized for initial Urban Air Mobility operations.

On December 14, 2021, Embraer and TNO, the Netherlands Organization for Applied Scientific Research, have signed a Memorandum of Understanding for future developments of defense and dual-use products and services in air, sea, land, and space domains. The MoU may include joint research, technology development, and innovation process. The MoU intends to extend and increase long-term business relations between the parties during the research and development of key technologies for defense applications, which can be part of future capabilities within Embraer’s existing platforms such as the C-390 Millennium, or new aircraft, vehicles, and systems. This MoU also aims to strengthen the cooperation between Embraer and TNO in The Netherlands and Brazil.

On December 6, 2021, Eve Urban Air Mobility Solutions, an Embraer company, and Sydney Seaplanes announced a partnership that will lay the foundation for new electric air taxi operations in Greater Sydney. With the partnership, Sydney Seaplanes has placed an order for 50 of Eve’s electric vertical takeoff and landing aircraft, with progressive deliveries expected to commence from 2026. The new partnership accelerates the progress towards 100% of greater Sydney’s local tourism and commuter flights coming from zero-emission electric aviation.

📽 The Story Of Embraer: The Past, Present & Future 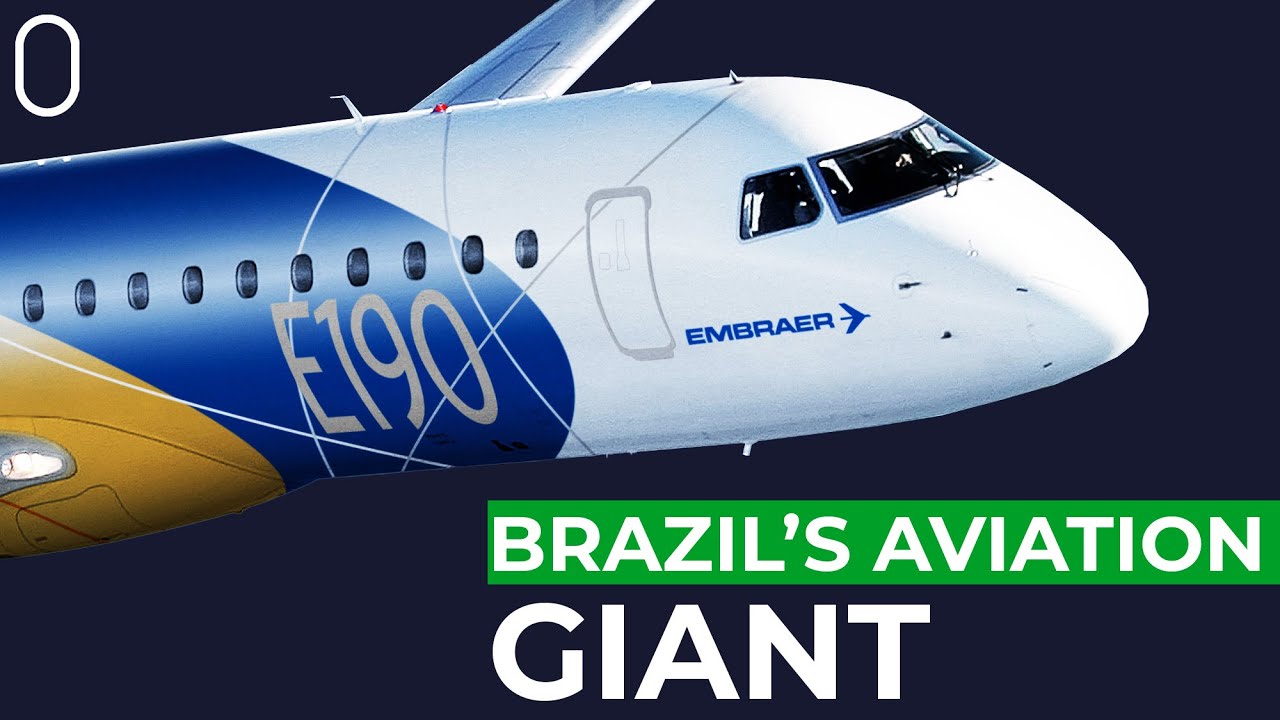