FLR stock ripped higher in after-hours trading on April 22, 2020, after the company announced a position on a huge multi-billion dollar USAF contract.

The company could also benefit from a infrastructure stimulus package to help out the U.S. economy.

Fluor Corporation (NYSE: FLR) announced today that the Air Force Installation Contracting Center awarded the company a position on the Air Force Contract Augmentation Program V (AFCAP V) for eight years beginning in May 2020. As one of eight companies selected for a position on the AFCAP V indefinite delivery/indefinite quantity contract, Fluor is now eligible to compete for specific task orders with a combined value not to exceed $6.4 billion during the contract period of performance.

AFCAP V task orders are intended to provide base life support services, construction and commodities support worldwide to the Air Force and other Department of Defense and U.S. federal agencies.

“We are honored to be selected for AFCAP V and welcome the opportunity to support the Air Force in its demanding global mission,” said Tom D’Agostino, president of Fluor’s Government Group. “Fluor’s experience with AFCAP IV in locations such as Ascension Island, Japan, Qatar and Niger positioned us well for our continued support of AFCAP V. We look forward to sustaining our relationship with the Air Force.”

Established by the U.S. Air Force to fulfill the Department of Defense’s global mission during contingency events, AFCAP provides the Air Force and other government agencies with additional capabilities to rapidly support the logistic requirements of its deployed forces through the use of civilian contractors.

AAXN Beats But Coronavirus Pulls Down 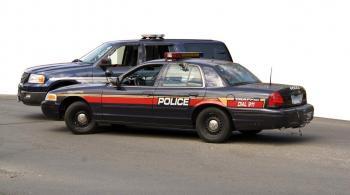 AAXN Beats But Coronavirus Pulls Down