“I would be inclined to cut a bit,” she said. “I wouldn’t see this as the beginning—unless things change—of a major easing cycle. But I do think it’s appropriate.”

Ms. Yellen said while the U.S. economy was doing well inflation, which has been running below the central bank’s 2% target all year, is too low. Yellen’s comment signals what the Fed is really worried about: deflation and being stuck for decades like Japan.

She said the global economy was weakening because of trade conflicts that have created uncertainty for business investment and also Fed interest rate increases that had contributed to slower growth in other countries that buy U.S. exports.

The U.S. “isn’t an island,” she said. “When the United States tightens policy, and I learned this early on in my own tenure, we saw that that had repercussions in many parts of the world, that appeared to be weakening financial markets and the prospects for growth globally.” 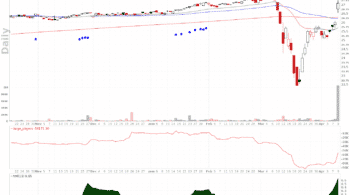