On September 16, 2020, QuadPay, a pioneer in the Buy Now, Pay Later (BNPL) market, and recently merged with Zip Co (ASX: Z1P), announced a partnership with GameStop (NYSE: GME), to provide the world’s largest video game retailer access to its Buy Now, Pay Later installment payment service. The announcement was part of GameStop’s strategy in continuing to build out the capabilities and services of its global digital and in-store ecosystem to offer customers a broad spectrum of payment options to quickly and affordably purchase video games and other merchandise this holiday season. QuadPay is available now at GameStop’s retail stores and at GameStop.com.

QuadPay Co-CEO Brad Lindenberg said: “We are thrilled to be partnering with GameStop as they look to provide their customers with a simple and flexible way to pay over time both online and at the point of sale inside their more than 3,300 U.S. store locations.”

“As we continue to find new ways to expand the purchasing choices for our customers, we are pleased to partner with QuadPay to offer a new flexible payment option that will enable customers to affordably purchase the products they want from us this holiday season,” said Chris Homeister, chief merchandising officer for GameStop. “Today’s announcement represents one of the many steps we’re taking to continue to build out the capabilities and services to better serve our customers.”

GameStop joins QuadPay’s network of over 4,700 integrated merchants and global retailers. Within days of implementing QuadPay, merchants typically see an increased conversion rate up to 20 percent, and average order values increase up to 60 percent. 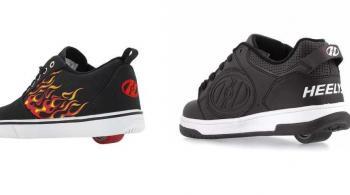