I got this fake Trump email in my inbox today from the Republican party. First, read the email supposedly from President Trump and then I’ll explain why it’s fake. Note: Every CONTRIBUTE word below is actually a button in the email that links to a Republican website for processing donations.

Can you believe it? I’ve been in office now for six months, fighting back against the liberals and their crony agenda for YOU — the Americans who have supported me through thick and thin.

DESPITE their endless lies and the flood of Fake News, we’ve accomplished so much already — all thanks to YOUR incredible support. Together we’ve brought back thousands of jobs, fought back against radical Islamic terrorists, and scrapped the CORRUPT globalist deals that drain our wallets and weaken America.

But the Washington status quo HATES what we’re doing. They’ve made a lot of money off of business as usual. And now they’re fighting back…

That’s why I’m turning to YOU as our end-of-month deadline approaches, Lance. We must end the month STRONG.

You voted me into office to focus on the issues – unlike the FAKE NEWS media which only cares about peddling phony stories and lies that our movement is losing support.

We can’t let the opposition gain any ground. We MUST show them that their hateful bullying hasn’t weakened our resolve to work together for this beautiful country you and I love.

I’m reaching out to you personally to help us crush this goal and show the failing “journalists” at CNN and all the other liberals that they’re nothing but Fake News and white noise.

They’ll try to attack us no matter what, but when we PROVE YET AGAIN that you — my loyal supporters — are still behind our movement, we will beat the clueless Democrats and the failing liberal news networks at their own game.

Help us crush our End-of-Month goal to show the opposition that you, the American people, stand behind our America First Agenda by contributing $100, $50, $35, $15 or even $5 today.

THANK YOU FOR STANDING BY MY SIDE!

Paid for by the Republican National Committee. Not authorized by any candidate or candidate’s committee. www.GOP.com

We believe this is an important way to reach our grassroots supporters with the most up-to-date information regarding the efforts of the Republican Party and President Trump, and we’re glad you’re on our team. It’s because of grassroots supporters like you that we will Make America Great Again, and we appreciate your support. Thank you for all that you do!

Funny that an email being critical of fake news is itself a fake Trump email. It’s a fake fake thing.

Notice how well written the email is with proper grammar and punctuation. President Trump does not speak or write with college-level grammar and punctuation like this. President Trump has spent his life working in the business sector which strives to communicate at a 6th grade level so that commands are quick, clear, and concise. In the business world Trump comes from, anyone using the “King’s English” is told to communicate in simple, short, and direct terms at nothing higher than a 6th grade writing level. It’s impossible to suspend disbelief and actually believe that President Trump personally wrote this email. 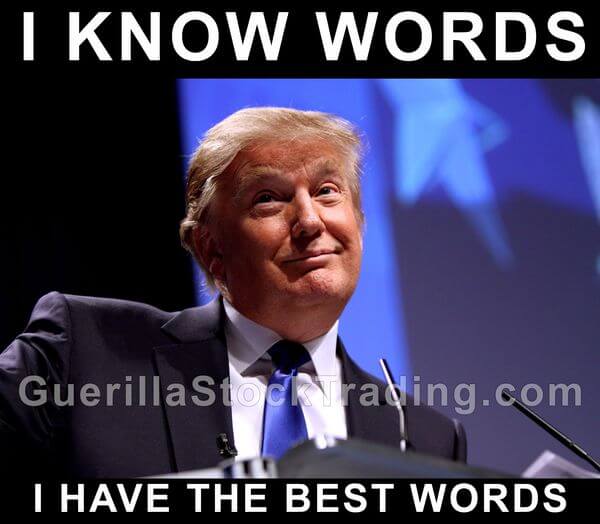 The Republican party seems to be a bit weak on fundraising and marketing skills. They packaged Trump’s fake news and Twitter comments into a brand that they can raise money from. Reality check: the Republican party did everything it could to sabotage Trump’s run for office. They even made Trump sign a pledge that he wouldn’t go to the Independent party to which Trump signed the pledge and told them as long as they treat him fairly. The Republican party did not treat him fairly. The Republican Establishment used Fox News and Bill O’Reilly and Megyn Kelly to launch attack after attack against then candidate Trump, likely at the bequest of the Bush family.

The Republican party stacked the audiences at the Presidential debates in favor of Jeb Bush and Marco Rubio. That is why the TV audience always heard cheers for Jeb and Rubio, and often boos for Trump. Audience stacking was psychological manipulation of the TV audience with the intent of giving the audience at home the impression that Trump lost each debate.

When Marco Rubio said bad things against Trump, the Republican mainstream media hardly reported it but when Trump said something against Rubio, Fox News and Bill O’Reilly and Megyn Kelly went out of their way to report what Trump said and then use it to bash him. Only Sean Hannity’s program wasn’t involved in the blatant attempt to defeat Trump.

The GOP has some nerve now trying to ask us for money.

The Republican Establishment Is to Blame For the Financial Crisis

The only reason that a socialist like Obama won the White House twice is that the public was outraged by President Bush’s stupid deregulation agenda that led to the unbridled pursuit of greed which led to the complete collapse of the global financial system. Also, Obama won because he was african-american and many hoped that the election of the first african-american president would improve race relations in this country. Obama and the people he appointed to office turned out to be a disaster for race relations in this country. 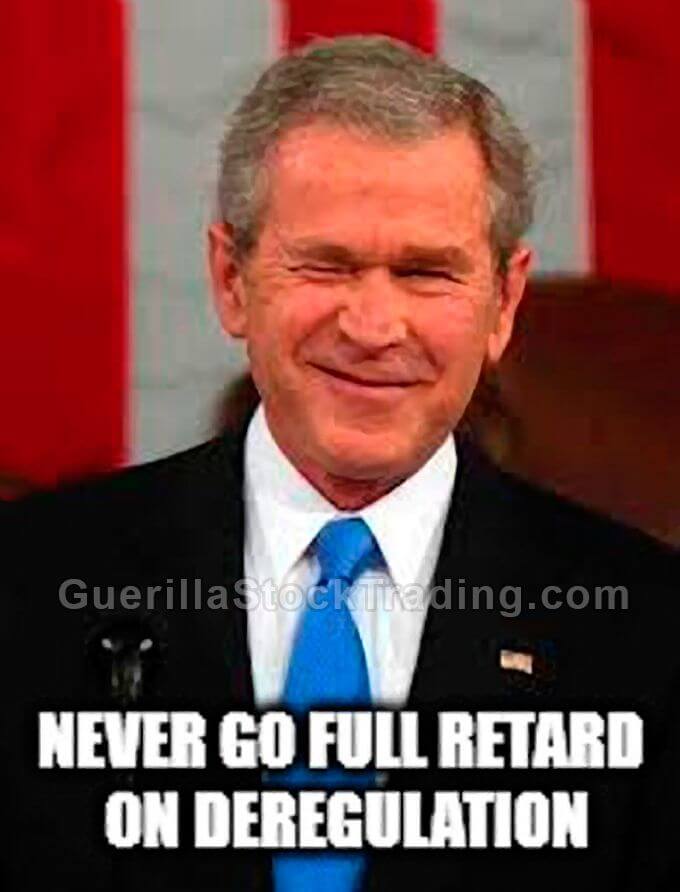 Everything that Obama did that has harmful to the private sector was the result of President Bush deregulating everything and everyone and allowing them to do whatever the heck they wanted. We had CC fraud, home mortgage fraud, investing fraud, banking fraud, education fraud, environmental fraud, and so on.

The Republican party’s cheap trick at sending out a fake Trump email in order to raise money for the GOP, who tried to prevent Trump from getting in the White House in the first-place, must have been a hard pride-pill to swallow.

Most people voted for President Trump because they want better jobs and financial opportunities. We all know that the mainstream media (that includes Fox News) is a propaganda machine used by the rich and powerful. All this talk of fake news is silly, especially within the context of a fake Trump fund raising email.

What are your thoughts on the mass Republican spam email sent out this morning? Will you be donating? Leave your comments below.