IMMP stock exploded more than 93% in after-hours trading on a new patent win.

This new United States patent is directed to embodiments of LAG525, a humanised form of Immutep’s IMP701 antibody which is out-licensed to Novartis AG. In particular, the patent is directed to nucleic acid molecules that code for the LAG525 antibody, to expression vectors and host cells that comprise these nucleic acids, and to methods of producing the LAG525 antibody by culturing the host cells of the invention.

IMP701 is a therapeutic antibody originally developed by Immutep S.A. (now Immutep S.A.S.) to target LAG-3. This antagonist antibody plays a role in controlling the signalling pathways in both effector T cells and regulatory T cells (Treg). The antibody works to both activate effector T cells (by blocking inhibitory signals that would otherwise switch them off) and at the same time inhibit Treg function that normally prevent T cells from responding to antigen stimulation. The antibody therefore removes two brakes that prevent the immune system from responding to and killing cancer cells. In contrast, some other checkpoint antibodies in development target only the effector T cell pathway and do not address the Treg pathway. 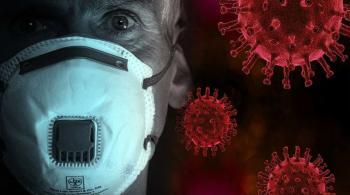