IBM stock rose in after-hours trading on January 24, 2022, after the company reported EPS and revenue beats.

“We increased revenue in the fourth quarter with hybrid cloud adoption driving growth in software and consulting,” said Arvind Krishna, IBM chairman and chief executive officer. “Our fourth-quarter results give us confidence in our ability to deliver our objectives of sustained mid-single-digit revenue growth and strong free cash flow in 2022.”

“In 2021, we continued to invest for the future by increasing R&D spending, expanding our ecosystem and acquiring 15 companies to strengthen our hybrid cloud and AI capabilities,” said James Kavanaugh, IBM senior vice president and chief financial officer. “With the separation of Kyndryl we now have taken the next step in the evolution of our strategy, creating value through focus and strengthening our financial profile.”

On January 21, 2022, IBM announced that the companies have signed a definitive agreement under which Francisco Partners will acquire healthcare data and analytics assets from IBM that are currently part of the Watson Health business. The assets acquired by Francisco Partners include data sets and products, including Health Insights, MarketScan, Clinical Development, Social Program Management, Micromedex, and imaging software offerings. The transaction is expected to close in the second quarter of this year and is subject to customary regulatory clearances. Financial terms of the transaction were not disclosed.

On January 18, 2022, an IBM spokesperson has confirmed to Forbes’ Marty Swant that Chief Marketing Officer Carla Pineyro Sublett has left the company and that IBM’s marketing division will report to Jonathan Adashek, who has been named chief communications officer and SVP of marketing and communications, but declined to comment further on the changes. Source: https://www.forbes.com/sites/michellegreenwald/2022/01/18/ibm-chief-marketing-officer-carla-pieyro-sublett-departs/?sh=10b6d6631c9a

IBM downgraded to Sell from Neutral at UBS

On January 11, 2022, UBS analyst David Vogt downgraded IBM to Sell from Neutral with a price target of $124, down from $136. Near-term risk to Q4 operating estimates and an “elevated valuation” leaves the shares “vulnerable” over the next 12 months, Vogt tells investors in a research note. The analyst says IBM is trading at over three turns above its trailing three and five-year averages, indicating the market is underwriting management’s mid-single-digit target “despite a history of execution issues.” Further, he believes the shares are s also pricing in 2022 and 2023 earnings estimates that are 10% higher than his estimates.

📺 This is an impressive set of revenue numbers for IBM, says Evercore ISI’s Amit Daryanani 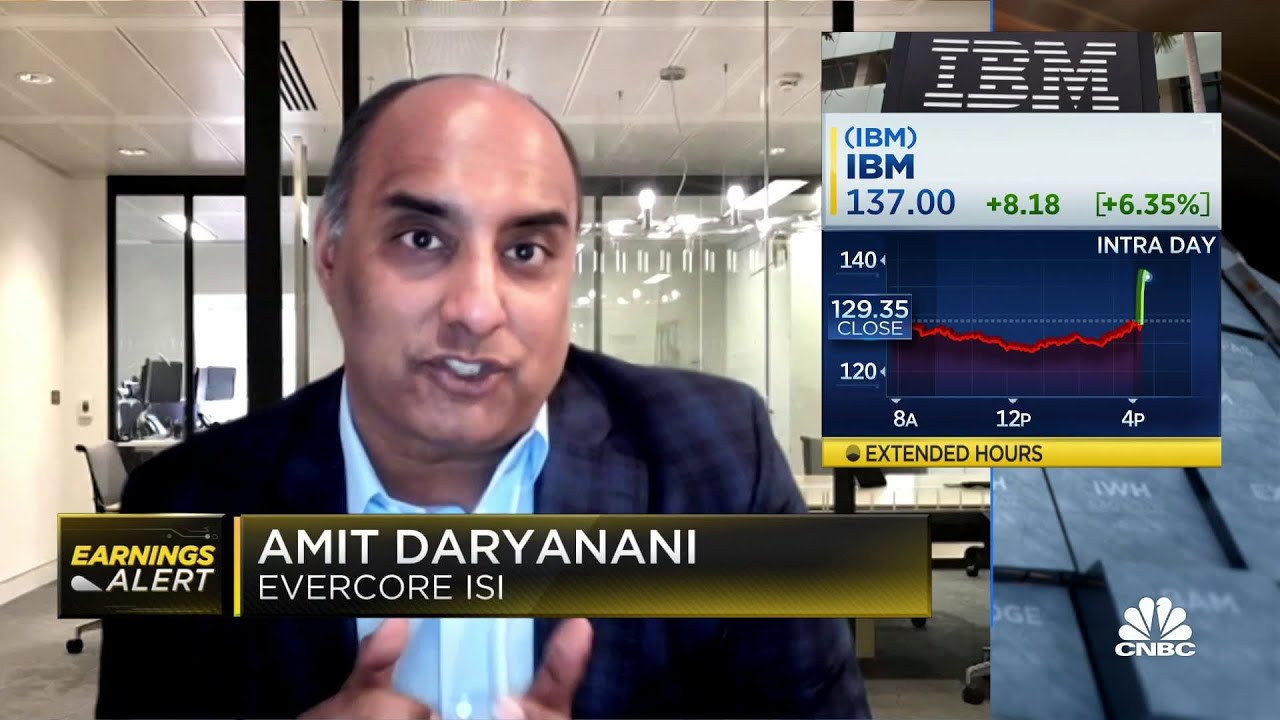 The long-term trend is neutral, but the short-term trend is negative. Better not to enter a long position right now. IBM is part of the IT Services industry. There are 150 other stocks in this industry. IBM outperforms 77% of them. IBM is currently trading in the middle of its 52-week range. This is in line with the S&P500 Index, which is also trading in the middle of its range.

The technical rating of IBM is bad and it also does not present a quality setup at the moment. IBM stock has a Setup Rating of 3 out of 10. Price movement has been a little bit too volatile to find a nice entry and exit point. It is probably a good idea to wait for a consolidation first. Click here to sign up for email alerts on when IBM stock consolidates and has a Setup Rating of 8 or higher.