On February 21, 2022, Georgetown University Hospital put out a press release that details a new procedure for same-day detection and removal of lung cancer.

WASHINGTON, February 21, 2022. Imagine being diagnosed with lung cancer and having the tumor surgically removed on the same day, thereby increasing the opportunity for limited follow-up therapy – or even curing the cancer. A team of pulmonary and thoracic experts at MedStar Georgetown University Hospital are the first in the region to combine these two steps, thus saving precious time for patients in addressing the “beast of all cancers,” according to Eric D. Anderson, MD, director of Interventional Pulmonology at MedStar Georgetown University Hospital.

“Coupling this early diagnosis with same-day surgery for lung cancer is a win for patients,” said Dr. Anderson. “Given the impact of lung cancer – the leading cause of cancer deaths — this is a major step towards stopping the disease in its tracks, resulting in better outcomes and giving patients an improved chance at life.”

In this new approach – Combined Robotic Assisted Thoracic Surgery (CRATS) – high-risk lung cancer patients first undergo a low dose CT scan of the lung to monitor for tumors. If a tumor is detected, the Ion robot bronchoscope is used to biopsy the lung tumor. If the lung tumor is found – through real-time biopsy – to be cancer, then the endobronchial ultrasound is used to determine if the cancer has spread to lymph nodes. If the lymph nodes are normal, then the patient undergoes surgery to remove the portion of the lung with the cancerous tumor using the DaVinci robotic video-assisted thoracic surgery system during the same anesthesia procedure. This new process – diagnosing lung cancer and removing the tumor at the same time — saves valuable time by removing the cancer right when it is detected, thereby limiting the opportunity for spread of disease and allowing for the start of additional therapies sooner if needed. In some instances, this approach can be curative of the cancer.

B-roll of CRATS procedure and interview with Eric Anderson, MD

“Millimeters matter,” says Dr. Anderson. “We know that the earlier we find the nodule in the lung and the smaller it is, that has the greatest impact on mortality. If we find the nodule at 1 mm, there is 90% chance of survival. At 2 mm, there is 80%, and at 3 mm 70%. Combine those odds with the potential immediate removal of the tumor, and the Ion robot gives patients a real chance for better outcomes.”

Previously this process of diagnosis and treatment could take several weeks — a critical time when cancer can continue to grow, and patients can experience increased anxiety about their health and prognosis.

“This combined therapy of diagnosis and surgical removal of the tumor at the same time offers new hope for patients with lung cancer,” said Dr. Marc Margolis, Chief of Robotic Thoracic Surgery at Medstar Georgetown University Hospital, “Removing a cancerous tumor in the lung, when possible, is key to advancing the opportunity for improved outcomes for these patients. The earlier we can remove the cancer, the sooner we can help our patients with any additional therapies they may need to move forward with their life.”

Wayne Norris, 67, had the low dose CT lung screen that indicated a tumor. He was immediately scheduled for the combined procedure in the event the tumor was cancer.

“We feel blessed not to have had to wait for biopsy and to schedule surgery. It was a relief to get this all taken care of at one time and get the cancer out,” said Norris, whose tumor was diagnosed as cancer and removed immediately.

MedStar Georgetown University Hospital is the first and only hospital in the region to have the Ion robot — a “game-changing” tool according to Dr. Anderson, that enables surgeons to reach peripheral nodules in the lung to diagnose lung cancer sooner, thereby increasing the opportunity for earlier diagnosis and treatment of lung cancer, the leading cause of cancer deaths worldwide for both men and women.

Ion endoluminal is a minimally invasive robotic-assisted system that helps address a challenging aspect of lung biopsy by enabling physicians to obtain tissue samples from deep within the lung.

While survival rates for lung cancer have improved over the past decade in part due to early screening, physicians know that improved outcomes are directly linked to early detection. Coupled with regular screening for those at high risk, the Ion system makes possible earlier and more accurate detection of cancer, especially for small nodules.

In addition to giving surgeons real-time guidance for improved accuracy, the Ion robot can navigate through small and tortuous airways to reach nodules in any airway segment within the lung with its flexible biopsy needle that can pass through very tight bends to collect tissue in the peripheral lung. The catheter’s 2 mm working channel can also accommodate other biopsy tools, such as biopsy forceps and cytology brushes, if necessary. The system’s fiber-optic shape sensor technology, developed by Intuitive, is to provide the physician with the precise location and shape information of the catheter throughout the navigation and biopsy process.

On February 16, 2022, Goldman Sachs analyst Amit Hazan tells investors in a research note that a new proposal in Japan to add eight newly reimbursed procedures in April is “good news” for Intuitive Surgical, with the company estimating these procedures represent an incremental 130,000 addressable cases annually. Hazan, who made no change to his Buy rating or $369 price target on Intuitive Surgical, said the proposal should act as a growth tailwind to utilization, instrument mix, and system placements in this key country.

Intuitive Surgical upgraded to Buy from Neutral at UBS

On February 2, 2022, UBS analyst Matthew Taylor upgraded Intuitive Surgical to Buy from Neutral with a price target of $325, up from $317. The analyst sees an “attractive entry point for a quality growth name well-positioned for recovery.” Intuitive has grown procedures at 14% annually through the pandemic and given a high acuity mix and with robotic adoption growing, the company’s procedures will be quick to recover as COVID disruption subsides, Taylor tells investors in a research note. In addition, the analyst has seen hospitals investing more in robotics to recapture revenue lost. He also views Intuitive’s 2022 numbers as “relatively de-risked.” 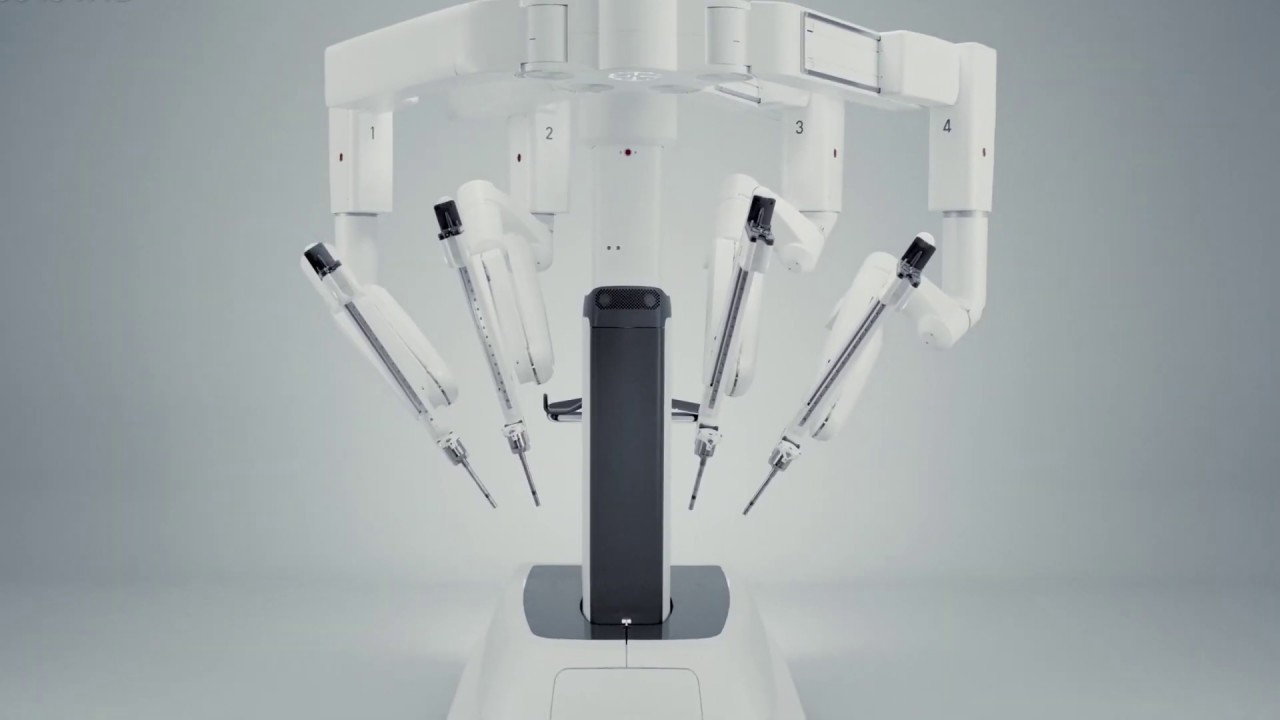 The short-term trend is negative, as is the long-term trend. ISRG is currently trading in the middle of its 52-week range. This is in line with the S&P500 Index, which is also trading in the middle of its range. ISRG is one of the better-performing stocks in the Health Care Equipment & Supplies industry, it outperforms 87% of 215 stocks in the same industry.

There is a support zone ranging from 269.52 to 273.74. This zone is formed by a combination of multiple trend lines in the weekly time frame.

Although the technical rating is bad, ISRG does present a nice setup opportunity. ISRG stock has a Setup Rating of 7 out of 10. Prices have been consolidating lately and the volatility has been reduced. There is a support zone below the current price at 273.74, a Stop Loss order could be placed below this zone. Click here to sign up for email alerts on when ISRG stock consolidates and has a Setup Rating of 8 or higher.