We are hearing increased buzz from investors and traders on IONQ stock.

Quantum-powered chemistry simulation is expected to significantly enhance the quality of next-generation lithium batteries by making improvements to the devices’ charge and discharge cycles, as well as their durability, capacity and safety.

IonQ and Hyundai are laying the foundation to create better quality batteries by more precisely simulating and controlling their chemical reactions. This research has the potential to lead to new types of source material that save time, cost and effort in the years to come — a critical advancement as batteries are typically the most expensive component of an electric vehicle (EV).

“This creative collaboration with IonQ is expected to provide innovation in the development of basic materials in virtual space for various parts of the future mobility,” said TaeWon Lim, Executive Vice President and Head of Materials Research & Engineering Center at Hyundai Motor Group. “We’re excited to step into the upcoming quantum era and take advantage of the opportunities that await with more effective battery power.”

Today’s collaboration is a crucial component of Hyundai’s Strategy 2025 goals, which include the sale of 560,000 EVs per year and the introduction of more than 12 battery electric vehicle (BEV) models to consumers. Moreover, the partnership is also an important milestone for combating the threat of climate change as EVs play a critical role in meeting global sustainability targets.

“We at IonQ believe in our mission to solve the world’s most complex problems through the ongoing development of our quantum computers, and we see global climate change as one such problem that we can help to tackle with quantum chemistry solutions,” said Peter Chapman, President and CEO of IonQ. “Battery efficiency is one of the most promising emerging areas where quantum computing can make a difference. We are thrilled to be working with Hyundai Motor Company on this project to make EVs a primary mode of transportation across the globe.”

This partnership is the latest in IonQ’s continued efforts in the field of quantum chemistry. Previously, IonQ’s computers were used to demonstrate an end-to-end pipeline for simulating large molecules, such as those present in fertilizer creation. IonQ’s quantum computers have also been used to simulate water molecules, one of the first demonstrations of the potential for quantum computing to tackle quantum chemistry applications.

On December 8, 2021, IonQ (NYSE: IONQ), a leader in quantum computing, announced that it plans to use barium ions as qubits in its systems, bringing about a wave of advantages it believes will enable advanced quantum computing architectures. IonQ is the first quantum computing company able to harness more than one atomic species as qubits, having built its systems to date with ytterbium ions. Now, IonQ plans to use barium ions to build systems that are designed to be faster, more powerful, more easily interconnected, and that feature more uptime for customers.

“IonQ builds the world’s most powerful quantum computers, and the ability to build systems with barium qubits will help us bring our customers even closer to realizing the commercial benefits of quantum,” said Peter Chapman, President and CEO of IonQ. “We believe the advanced architectures enabled by barium qubits will be even more powerful and more scalable than the systems we have been able to build so far, opening the door to broader applications of quantum computing.”

IonQ expects the key benefits of quantum computers based on barium qubits to include:

“We believe that the addition of barium qubits to IonQ systems opens up tremendous technical opportunities for making our systems more scalable, more reliable, and easier to build,” said Jungsang Kim, Co-Founder and CTO of IonQ. “By leveraging the inherent advantages of barium qubits, we plan to access new features for building advanced quantum computers that we believe will be relevant for solving critical societal problems.”

This announcement builds upon a series of technology milestones achieved by IonQ in recent months. IonQ’s future systems will include specially designed Evaporated Glass Traps (EGTs), which were introduced earlier this year as a means to make trapped ion technology even more stable and accurate. Earlier this year, IonQ also unveiled a reconfigurable multicore quantum architecture (RMQA), which IonQ expects to rapidly increase the number of qubits in each system. IonQ believes its systems are poised to continue exceeding expectations with the use of barium qubits.

On November 23, 2021, Dell Technologies (DELL) executive Ken Durazzo said in a blog post that Dell and IonQ (IONQ) recently worked together to test a “hybrid classical-quantum platform that leverages our Dell EMC PowerEdge R740xd server paired with IonQ’s simulation engine and quantum processing unit to better enable the journey to hybrid classical-quantum solutions. With the platform, classical and quantum simulation workloads can execute on-premises, while quantum workloads, such as modeling larger, more complex molecules for pharmacological development, can be executed remotely on IonQ QPUs. Further, wait time for each quantum circuit execution is reduced significantly by IonQ’s reservation API. Coupling Dell Technologies’ strength in classical infrastructure with IonQ’s coherence time, gate fidelity and scale enables the QPU to solve more complex problems, allows for better error correction to reduce the time spent using the QPU to solve problems and allows IonQ to run their QPU at room temperature, enabling placement in established data centers without exotic cooling. These specific IonQ benefits, in turn, enable customers to evaluate what approach works best for them to start on their quantum journey.” Source: https://www.delltechnologies.com/en-us/blog/the-importance-of-on-premises-hybrid-classical-quantum-computing/

IonQ price target raised to $28 from $18 at Benchmark

On November 16, 2021, Benchmark analyst David Williams raised the firm’s price target on IonQ (IONQ) to $28 from $18 and keeps a Buy rating on the shares after the company delivered results with continued progress that met his expectations in its first earnings release post-closing of the business combination with dMY Technology III (DMYI) that brought the company public. He views bookings trends as the best gauge of adoption trends and is “pleased by the bookings strength,” which has accelerated ahead of expectations, Williams tells investors. While meaningful revenue is not anticipated in the short term, the firm is building “solid momentum” and he sees their first mover advantage and technology as key advantages to competing approaches in quantum computing, the analyst added.

IonQ price target raised to $26 from $20 at Craig-Hallum

On November 16, 2021, Craig-Hallum analyst Richard Shannon raised the firm’s price target on IonQ to $26 from $20 and keeps a Buy rating on the shares. The analyst argues that IonQ’s first quarter as a public company was a mere formality, as financial results at this early stage are less meaningful, although he is “happy to see” good progress on bookings. Shannon sees two events in the past month as good signs of progress, namely benchmarking data from an independent group showing IonQ’s leadership in performing real-world workloads, and IonQ’s demonstration of error correction codes on production hardware that validates its expected overhead when fault-tolerant systems come online in a few years. 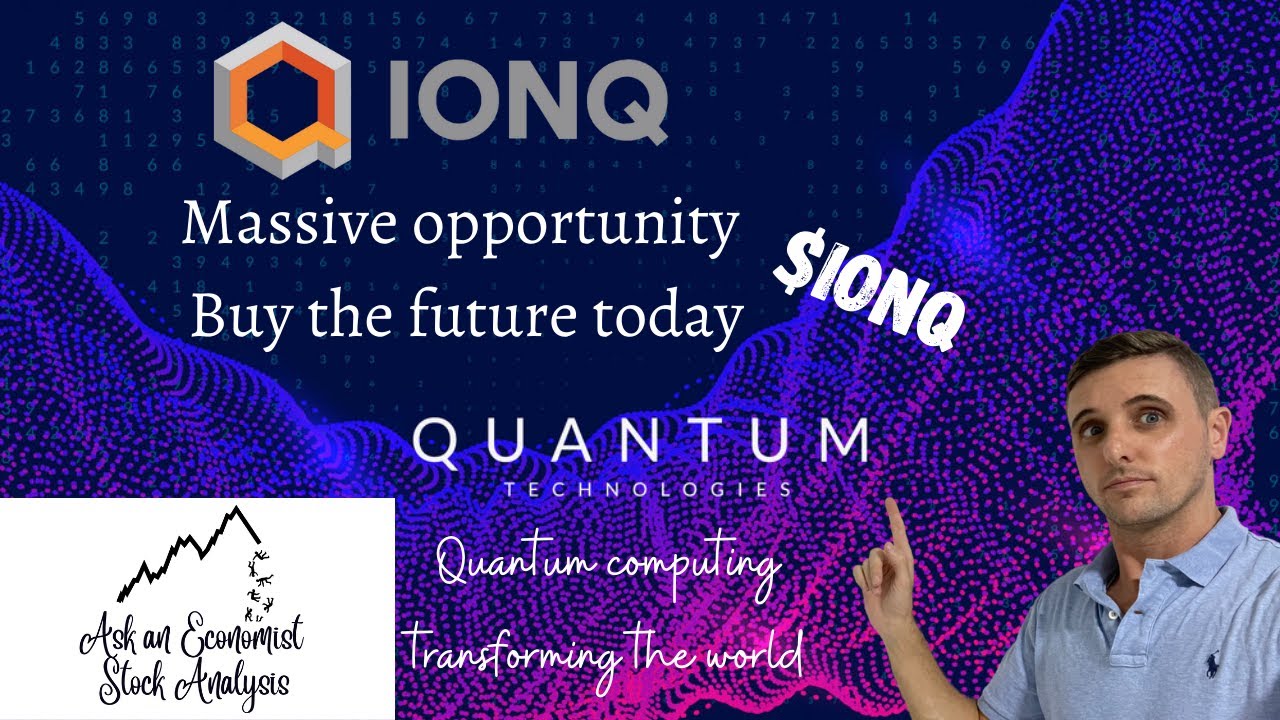 There is support at 9.66 from a horizontal line in the daily time frame.

The technical rating of IONQ is bad and it also does not present a quality setup at the moment. IONQ has a Setup Rating of 3 out of 10. Price movement has been a little bit too volatile to find a nice entry and exit point. It is probably a good idea to wait for a consolidation first. Click here to sign up for email alerts on when IONQ stock consolidates and has a Setup Rating of 8 or higher.