Bullish option flow was detected in IQ stock on December 24, 2020.

Loop Capital analyst Rob Sanderson lowered the firm’s price target on iQIYI (IQ) to $18 from $25 following a recent capital raise that included an $800M convert with a conversion price around $22 and $700M in new shares priced at $17.50, expanding the share base by about 5%. Given press reports suggesting that potential for a sale of Baidu’s (BIDU) majority stake to either Tencent (TCEHY) or Alibaba (BABA) has faded, and the fundraising that “suggests no transaction in the near-term,” Sanderson lowered his target multiple to 3.0 times his 2022 sales estimate, the analyst noted. He keeps a Hold rating on iQIYI shares.

On December 23, 2020, CMB International analyst Sophie Huang initiated coverage of iQIYI with a Buy rating and $23.20 price target. The analyst thinks the stock’s valuation is attractive given the company’s long-term subscriber trends and margin improvement.

The event, sponsored by Moscow State University and attended by dozens of teams from leading tech companies such as Alibaba, Baidu, Google, Intel, and Tencent, was held in May this year with the list of winning teams announced on December 9.

The MSU Video Codecs Comparison, now in its fifteenth year, is one of the world’s leading tech events. With significant influence in the field of video encoding, the MSU Video Codecs Comparison event also acts as a guide for the development of video codec industry. The 2020 contest saw the participation of 21 encoders of 6 video encoding standards from 17 companies or organizations including 10 H265 encoders, 6 AV1 (Alliance for Open Media Video 1) encoders, and 5 other encoders. Among them, iQIYI’s QAV1 encoder demonstrated an excellent balance between compression speed and image quality. Although the QAV1 encoder ranked third place for SSIM, it beat the first and second places for average FPS by 1.63 times and 2.52 times respectively, outperforming most H265 encoders in both compression speed and compression ratio.

Due to the rising popularity of short videos, UHD VOD, live streaming, and VR in recent years, subscribers’ demand for a seamless UHD video experience is surging. A burning issue for enhancing subscriber’ viewing experience has been the question of how to reduce bandwidth consumption without sacrificing video quality. As one of the most critical steps in this process, increasing attention is being paid to video compression encoding. AV1, a new generation video encoding standard released by the Alliance for Open Media (AOM) in June 2018, aims to transmit HD video content while using less bandwidth. At present, the AOM has 45 members, including Google, Facebook, Amazon, Intel, Netflix, Apple, and others.

In addition to providing excellent compression speed and image quality, iQIYI’s proprietary QAV1 encoder also features low complexity and low computational costs for large-scale applications. At present, iQIYI already has the ability to produce HD AV1 video content on a large scale while enriching the online video content in AV1 format. iQIYI has not rested on its laurels and ceased upgrading and optimizing the encoder after participating in the MSU Video Codecs Comparison event.

For example, iQIYI has since completed the upgrading of the encoder’s rate-distortion optimization (RDO) algorithm, significantly improving the compression efficiency while still maintaining the advantage of fast encoding. In addition, the QAV1 encoder also successively supports many encoding functions such as 8K, HFR, and HDR encoding, achieving a better balance between bandwidth consumption and HD experience through a more intelligent bit-rate allocation. With the support of iQIYI’s world-leading QAV1 encoder, subscribers can experience high-quality video with higher definition, better color fidelity, and smoother picture movement.

As the 5G network accelerates the popularization of applications such as UHD video, cloud games, VR, and live streaming, video encoding has become a key technology that determines streaming platforms’ operating costs and user experience. As China’s leading online video streaming platform, iQIYI has long been committed to technological research in the field of video compression standards, constantly refining algorithms in order to eventually realize the QAV1 encoder’s fast trans-coding and efficient compression. In doing so, iQIYI has made it possible to deliver users a higher-definition experience at low bit-rates while also saving bandwidth costs. iQIYI has also teamed up with the world’s top chipmaker MediaTek to take the lead in launching AV1 format videos for subscribers on mobile devices.

In the future, iQIYI will continue to work with other AOM members to create open-ended and high-quality technical standards. By strengthening its partnerships with companies, chipmakers, mobile phone vendors, and other parties, iQIYI will further promote the commercialization of the AV1 standard and enhance the high-quality audiovisual experience for its subscribers in the 5G era.

On December 19, 2020, iQIYI Inc. (NASDAQ: IQ) announced that it has recently entered into agreements with TV networks in South Korea and Australia to broadcast the suspense thriller “The Bad Kids”, a series from iQIYI’s Mist Theater content library. The suspense series was aired on CHANNEL A, a South Korean mainstream TV network, in December, making it the first Chinese modern drama to be shown on the channel.

“The Bad Kids” is also scheduled to air on SBS Viceland, an Australian free-to-air TV network, and SBS On Demand in 2021. The agreements mark major milestones for iQIYI and Mist Theater, further raising the expectations for Chinese suspense drama series in the overseas markets following its successful overseas debut in multiple markets.

To date, Mist Theater has been successfully distributed to overseas market such as Japan, Singapore, Malaysia and Vietnam, as well as Hong Kong and Macao. In addition, distribution rights of multiple dramas under Mist Theater have been sold for Japan. “The Bad Kids” was acquired by WOWOW, Japan’s first private satellite pay-TV network while “The Long Night” was purchased by NHK Enterprises. The remaining two titles, “Crimson River” and “Sisyphus”, will be aired on local channels.

As Mist Theater goes global and becomes more widely received in overseas markets, it is transforming perceptions of original Chinese content and further increasing their influence. This sets a milestone for Chinese suspense thrillers as they expand into new overseas markets and for Chinese media companies exploring the global operation and distribution.

Mist Theater has received widespread acclaim from critics and viewers alike, both in China and in overseas markets. The Guardian, The Economist, South China Morning Post, Content Commerce Insider and other overseas media have applauded the superb quality of Mist Theater, recognizing it as a trailblazer in Chinese original content creation for its higher quality episodes, innovative storylines and outstanding performances. “The Bad Kids” recently became the first Chinese TV series to win the “Best Creative” award at the 2nd Asia Contents Awards under Busan International Film Festival 2020.

The Notes will bear interest at a rate of 4.00% per year, payable semiannually in arrears on June 15 and December 15 of each year, beginning on June 15, 2021. The Notes will mature on December 15, 2026, unless repurchased, redeemed or converted in accordance with the terms of the Notes prior to such date.

Prior to the close of business on the business day immediately preceding June 15, 2026, the Notes will be convertible only if certain conditions are met. On or after June 15, 2026 until the close of business on the business day immediately preceding the maturity date, the Notes will be convertible at any time. Upon conversion, holders will receive cash, ADSs or a combination of cash and ADSs, at the election of the Company. The Notes will initially be convertible at a conversion rate of 44.8179 ADSs per US$1,000 principal amount of Notes, which is equivalent to an initial conversion price of approximately US$22.31 per ADS, representing a conversion premium of approximately 27.5% over the price to public per ADSs in the ADS offering described above. The initial conversion rate is subject to adjustment upon the occurrence of certain events, but will not be adjusted for any accrued and unpaid interest. On August 1, 2024, the holders of the Notes will have the right to require the Company to repurchase for cash all or part of their Notes at a repurchase price equal to 100% of the principal amount of the Notes to be repurchased, plus accrued and unpaid interest to, but excluding, the repurchase date.

The Company intends to use the net proceeds from the Notes offering and the ADS offering to expand and enhance its content offerings, strengthen its technologies and for working capital and other general corporate purposes. 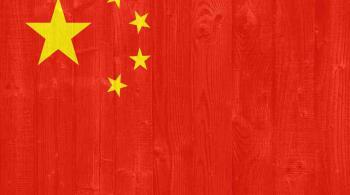