We think the dark pool trade was likely a buy order.

On August 28, 2020, Citi analyst Wendy Nicholson initiated coverage of Kellogg (K) with a Buy rating and $79 price target. Kellogg’s valuation is a “bit more compelling” than General Mills (GIS) at these levels, Nicholson tells investors in a research note. To the extent Kellogg’s market share performance improves in coming quarters as reinvestment initiatives have impact, the stock has “room to make up for some of the weakness” year-to-date, the analyst contends.

On August 25, 2020, Kellogg’s released a PR that said Minecraft players know and love the limitless possibilities of building, mining and exploring, and now they can experience Minecraft’s ever-changing landscape with a brand-new platform: breakfast. For the first time, Minecraft is bringing its wildly popular game to cereal with Kellogg’s® Minecraft Creeper Crunch Cereal.

The new, limited-edition cereal features cinnamon-flavored bites and green squares of “Creeper Bit” marshmallows that evoke Minecraft’s famously pixelated block look, so each delectable spoonful brings the dynamic world of Minecraft to life. Every box of Kellogg’s Minecraft Creeper Crunch Cereal includes a code that unlocks one of 10 unique in-game clothing items, typically only available by purchase, allowing the Minecraft community to customize their characters head-to-toe with capes, jackets and more.1

“As a popular video game, Minecraft has inspired exploration and creativity for millions of players worldwide,” said Erin Storm, marketing director of Kellogg All Family Cereal. “With Kellogg’s Minecraft Creeper Crunch Cereal, game fanatics and families alike can build their own delicious breakfast and gaming adventure.”

“Minecraft players seek to experience the imaginative, adventurous spirit offered within the game,” said Kayleen Walters, general manager of licensing and partnerships at Mojang Studios. “Partnering with Kellogg’s is the perfect opportunity for our community to extend the vibrant creativity of the game they already eat up — and it gives them a literal taste of Minecraft in real life.”

Kellogg’s Minecraft Creeper Crunch Cereal is available in stores nationwide and online at a suggested retail price of $3.99 for an 8-ounce box and $5.69 for a 12.7-ounce box.

On August 17, 2020 a PR was released that suggested the market is responding to COVID-19 with a surge in specialized plant-based protein companies Else Nutrition (TSXV: BABY) (OTCQX: BABYF) and Beyond Meat Inc. (NASDAQ: BYND) are both up triple-digits, and larger companies introducing plant-based protein options such as Tyson Foods, Inc. (NYSE: TSN), Kellogg (NYSE: K), and Bunge Ltd. (NYSE: BG) are up double-digits.

Long-standing food processing giant Kellogg (NYSE: K) entered the fray earlier this year with its “Incogmeato” product line. The plant-based burgers, bratwurst, and sausage join Kellogg’s MorningStar Farms offerings, which have been selling veggie alternatives made with black beans and mushrooms for more than 4 decades. Unlike Else and Beyond Meat, which are not soy-based, all Incogmeato products are made with soy (non-GMO). 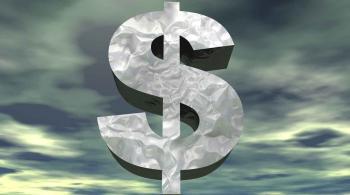 KO Stock Consolidating Before The Next Leg Higher

KO Stock Consolidating Before The Next Leg Higher