KSS stock rose 30% in pre-market trading on January 24, 2022, as rumors circulated about a possible buyout.

Kohl’s Corporation (NYSE:KSS) confirmed that it has received letters expressing interest in acquiring the Company.

The Kohl’s Board of Directors will determine the course of action that it believes is in the best interests of the Company and its shareholders. Shareholders are not required to take any action at this time.

Kohl’s does not intend to further comment publicly on these matters unless it determines it is in the best interests of shareholders to do so.

Kohl’s (NYSE: KSS) is a leading omnichannel retailer. With more than 1,100 stores in 49 states and the online convenience of Kohls.com and the Kohl’s App, Kohl’s offers amazing national and exclusive brands at incredible savings for families nationwide. Kohl’s is uniquely positioned to deliver against its strategy and its vision to be the most trusted retailer of choice for the active and casual lifestyle. Kohl’s is committed to progress in its diversity and inclusion pledges, and the company’s environmental, social and corporate governance (ESG) stewardship.

Kohl’s (KSS) is fielding takeover offers from at least two suitors, CNBC’s Lauren Thomas and Leslie Picker reports. Sycamore is willing to pay at least $65 per share for Kohl’s, people familiar with the matter tell CNBC. The offer from Sycamore came two days after Acacia Research (ACTG), which is backed by activist investment firm Starboard Value, offered to pay $64 a share for Kohl’s, sources said. According to the sources, Acacia and Starboard would likely partner with Oak Street Real Estate Capital to try and sell off Kohl’s real estate to raise more money. Source: https://www.cnbc.com/2022/01/24/kohls-shares-surge-as-takeover-offers-emerge-suitors-include-sycamore.html

Credit Suisse analyst Michael Binetti notes media reported that Starboard-backed activist Acacia (ACTG) has made a bid of $64/share for Kohl’s (KSS), and that other suitors are contacting Kohl’s as well. The focus seems aligned with another activist pushing Kohl’s to act more urgently to turnaround retail ops, but more importantly to significantly bolster shareholder cash returns via more aggressively exploring potential monetization of real estate assets, the analyst notes. Binetti believes that the key question is whether Kohl’s will see a bidding war that could result in the stock running above the current activist’s bid at $64/share. Per conversations with real estate contacts, Kohl’s could certainly fetch higher valuations for its stores, the analyst contends. Activist plans typically focus on strategies like pulling forward monetization of real estate today, and Binetti does think there’s some merit to Kohl’s embracing a slightly more aggressive real estate strategy to bolster shareholder returns today. He has a Neutral rating and a price target of $70 on the shares.

Engine Capital LP today announced that it has sent the below letter to Kohl’s Corporation’s (NYSE: KSS) Board of Directors.

Dear Members of the Board:

Engine Capital LP (together with its affiliates, “Engine” or “we”) is a long-term shareholder of Kohl’s Corporation (“Kohl’s” or the “Company”), with an ownership position of approximately 1% of the Company’s outstanding shares. As you know, we have previously urged you to publicly commit to conducting a full review of strategic alternatives, given the abysmal long-term performance of the Company. Over the weekend, we read with interest multiple press reports stating that a Starboard-led consortium has offered $64 per share in cash for Kohl’s. When the board of directors of a company, whose stock has underperformed for so long, receives a credible offer at a 37% premium, it has a fiduciary obligation to aggressively pursue it, while openly considering all alternatives to maximize value. It can’t simply dismiss the offer and argue that the standalone plan will produce greater long-term value for shareholders.

Kohl’s has significantly underperformed the S&P 500 and its peers over most relevant time periods, including since Ms. Gass became Chief Executive Officer in May 2018 and since Peter Boneparth, Kohl’s’ Chairman, became a director of the Company more than 13 years ago. Given this sustained underperformance, time value of money and execution risk, we believe that “a bird in the hand is worth more than two in the bush”. Starboard has a stellar reputation, its offer is credible and we believe there are other parties interested in buying the Company. The Company’s tremendous free cash flows and significant real estate ownership (worth around $7 billion) make a transaction highly financeable. Therefore, we believe the board has all the ingredients necessary to create a competitive sale process that will maximize shareholder value. We urge the board to not delay further and pursue such a process immediately.

On January 22, 2022, a group led by Acacia Research (ACTG), which is controlled by activist investor Starboard Value, offered to buy Kohl’s (KSS) for $64 per share in cash, a 37% premium to Friday’s closing price of $46.84 and an offer that values the department store operator at roughly $9B, reported The Wall Street Journal’s Cara Lombardo, citing people familiar with the matter. There are no guarantees that the group will ultimately line up all the funding needed and make a firm offer, but the bidders told the company they have assurances from bankers about being able to get financing for the bid, sources added. Previously, Reuters’ Svea Herbst-Bayliss reported that Starboard-backed Acacia had reached out to Kohl’s to express interest in making a bid. Source: https://www.wsj.com/articles/consortium-led-by-acacia-research-bids-roughly-9-billion-for-kohls-11642817191?mod=latest_headlines 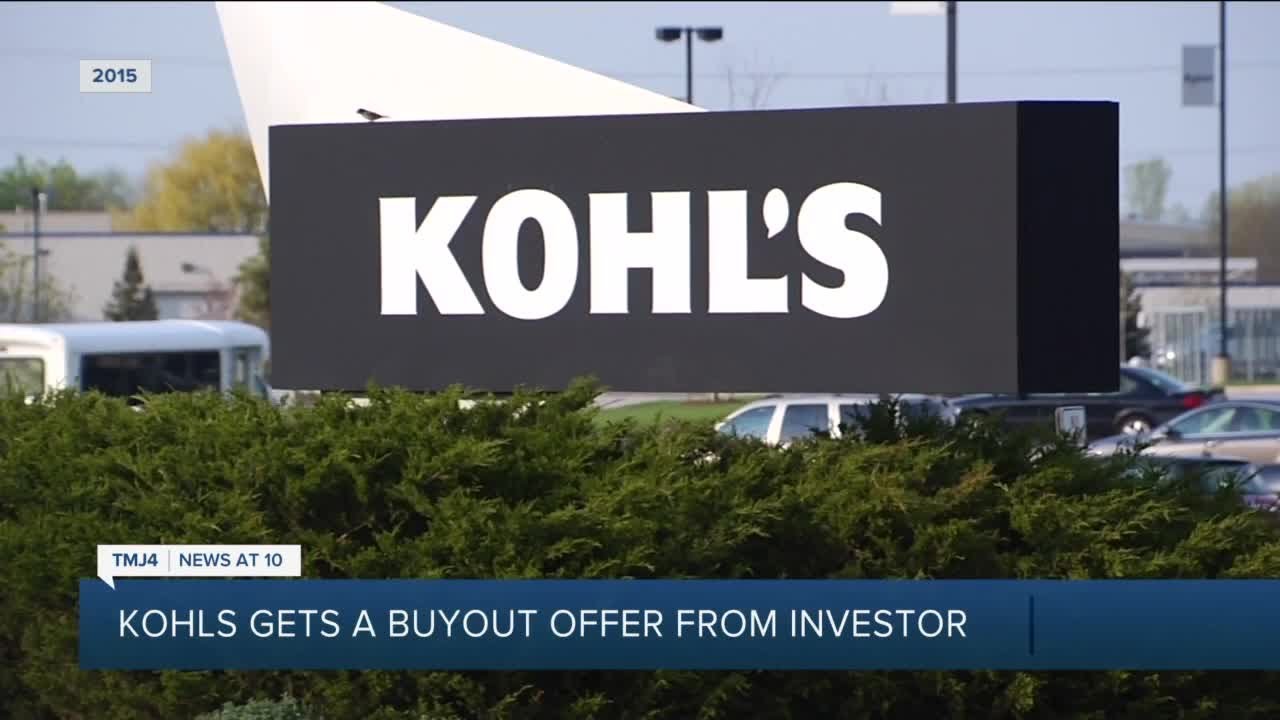 The long and short term trends were both neutral before the 30% pop in pre-market trading on January 24, 2022. KSS is part of the Multiline Retail industry. There are 14 other stocks in this industry, KSS did better than 57% of them. Volume is considerably higher in the last couple of days. KSS is currently trading in the lower part of its 52 week range, which is not a good signal. Agreed, the S&P500 Index is also not doing fantastic, but it still sitting in the middle of its 52 week range.

Although the technical rating is bad, KSS does present a nice setup opportunity. KSS stock has a Setup Rating of 6 out of 10. Prices have been consolidating lately. There is very little resistance above the current price. Another positive sign is the recent Pocket Pivot signal.