LVS stock could be set for a big upward move on January 18, 2022, when markets open after the Martin Luther King Jr. holiday.

On January 16, 2022, Goldman Sachs analyst Simon Cheung added Las Vegas Sands to his firm’s Americas Conviction List, keeping a Buy rating on the shares with a price target of $66, down from $67. The analyst now sees scope for re-rating following the details of the proposed Gaming Law revision, which creates a legal framework implying comparable upside versus his prior base case on unchanged fundamentals, with materially less regulatory downside risk.

On January 14, 2022, Stifel analyst Steven Wieczynski said that Macau gaming stocks, namely Las Vegas Sands (LVS), Wynn Resorts (WYNN), and MGM Resorts (MGM), should finally get a “nice relief rally” as the Macau government has outlined what their gaming concession renewals should look like. The analyst noted that the concession framework would keep the number of concession holders at six, with a length of 10 years with a potential three-year extension, which he views as a “slight negative.” Wieczynski also noted that he had heard the concession renewal length could be as short as five years and as long as 20 years, adding that he can “live with this” as five yeras really would have done nothing from a long-term investor’s view. The analyst maintained Buy ratings on Las Vegas Sands and Wynn and kept a Hold on MGM.

On January 14, 2022, Macau plans to give a maximum of six casino licenses that will carry a term of 10 years, which can be stretched by another three years, according to Bloomberg’s Shirley Zhao and Abhishek Vishnoi, citing a government briefing Friday. The Macau administration also said it plans to limit the public float of gambling operators and wants to increase the proportion of local ownership in casino firms from the current 10% to 15%, the report noted. Publicly traded companies in the Macau gaming space include Las Vegas Sands (LVS), MGM Resorts (MGM), Wynn Resorts (WYNN) and Melco Resorts (MLCO). Source: https://www.bloomberg.com/news/articles/2022-01-14/macau-plans-maximum-six-casino-licenses-of-up-to-13-years?sref=8QBk7toa

📺 LVS CEO on why the company’s doubling down on Asia 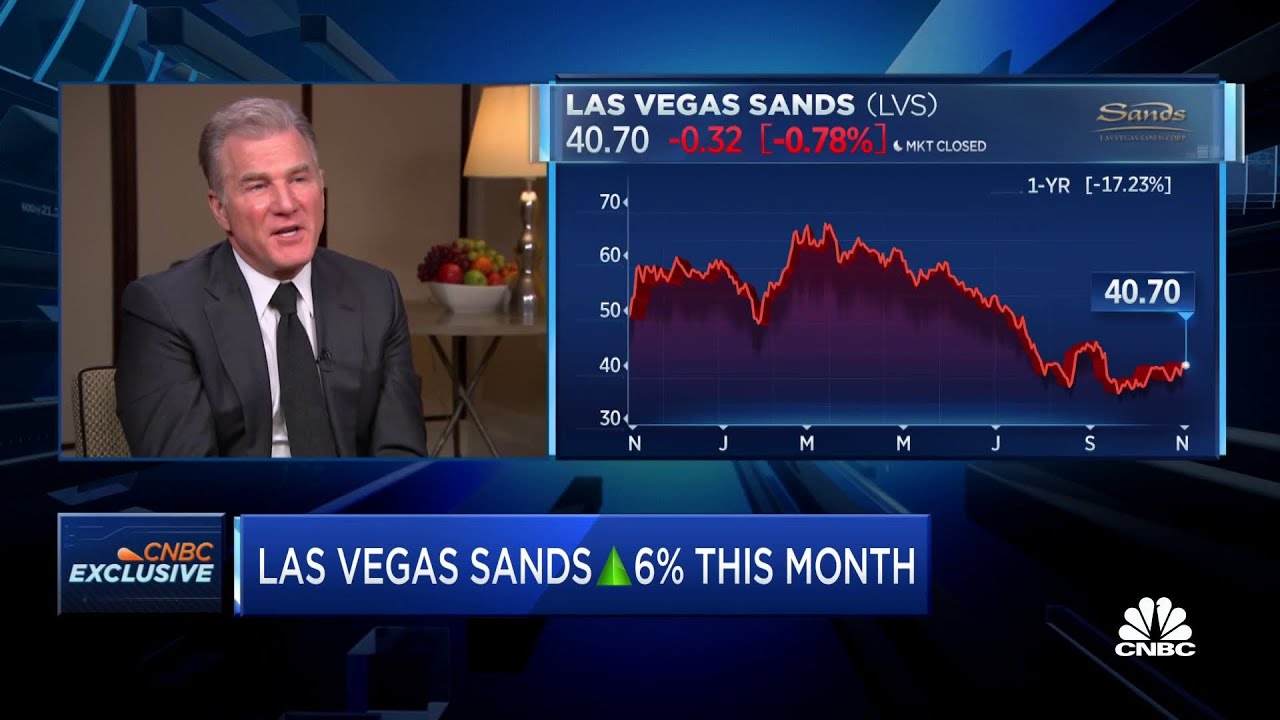 The long and short-term trends are both neutral. Volume is considerably higher in the last couple of days, which is what you like to see during a strong movement up. LVS is an average performer in the Hotels, Restaurants & Leisure industry, it outperforms 45% of 137 stocks in the same industry. LVS is currently trading in the lower part of its 52-week range. The S&P500 Index however is trading in the upper part of its 52-week range, so LVS is lagging the market.

There is a resistance zone ranging from 43.00 to 43.00. This zone is formed by a combination of multiple trend lines in multiple time frames.

LVS has an average technical rating and it also does not offer a high-quality setup at the moment. Prices have been extended to the upside lately. For a nice entry it is better to wait for a consolidation. The current Setup Rating on LVS stock is 2 which is not good. Click here to sign up for email alerts on when LVS stock consolidates and is a Setup Rating of 8 or better which signals an excellent time to enter a long position.