YVR stock rose in pre-market trading on October 26, 2020, after the company announced a retro games deal.

Liquid Media Group Ltd. (the “Company”, “Liquid Media” or “Liquid”) (Nasdaq: YVR) has completed emulation of four retro video games, completing the commercialization process and advancing the monetization phase. The games — Kwirk, Dirt Trax FX, Blast Works: Build, Trade, Destroy, and BlowOut — are rolling out worldwide on popular PC platforms including Xbox and Steam. To make these titles rapidly available for gamers around the globe, Liquid has joined forces with Throwback Entertainment Inc. (“Throwback”) as publisher, expanding the existing relationship between the two companies. Liquid will also publish Dirt Trax FX via its partnership with Polycade.

“Demand for retro gaming continues to grow worldwide,” said Daniel Cruz, Chief Financial Officer of Liquid. “With the expansion of Switch Online by Nintendo, the Atari VCS and more hardware being produced than ever before, we believe Liquid’s new partnerships with Throwback and Polycade will help us sell and get our titles in front of more gamers than ever before.”

Polycade was invented by Tyler Bushnell, the son of Atari co-founder Nolan Bushnell, and enables retro-enthusiasts to play classic games like Liquid’s Dirt Trax FX in the 21st century.

Throwback has existing relationships with key distribution platforms such as Valve’s Steam, GOG.com (part of the CD Projekt Red group), Nintendo, Sony, Microsoft, Atari and many others.

“We are excited to be working with Liquid to further advance their retro gaming commercialization strategy. Retro is in our DNA and together we believe our companies can offer incredible gaming experiences and capture the imaginations of millions of people around the world,” said Andrew Cowling, IT and Distribution Manager for Throwback. “Fans can purchase BlowOut on Steam and Xbox today, and on other platforms in the coming weeks. The other titles are also scheduled to roll out on other PC platforms with those same Q4 timelines.”

“COVID-19 has pushed the expectation of timing for digital strategies to the present,” adds Cruz. “It takes time to reboot retro games, yet Liquid has successfully delivered titles for mobile devices as well as a diversified slate of PC platforms. We are excited to continue advancing our retro gaming portfolio and to be working with Throwback to unlock more sales from our retro library.” 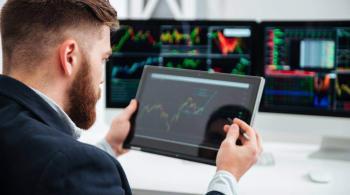