LOGI stock defied the rest of the market and rose in morning trade on January 25, 2022, after the company reported EPS and revenue beats.

On January 24, 2022, Logitech International (SIX: LOGN) (Nasdaq: LOGI) announced financial results for the third quarter of the Fiscal Year 2022, with solid growth in Pointing Devices, Keyboards & Combos, and Gaming, and share gains in the majority of key categories. The company raised annual guidance for both sales and profitability.

“I’m excited to now have in sight a fiscal year of growth for FY 2022, on top of last year’s remarkable performance,” said Bracken Darrell, CEO. “Our Q3 results reflect the strength of our operational capabilities, innovation engine, and the choices we made to position ourselves in line with the long-term trends affecting work, play and creating.”

The company said, “Logitech raised its Fiscal Year 2022 annual outlook to between 2 and 5 percent sales growth in constant currency, and between $850 million and $900 million in non-GAAP operating income. The company’s previous outlook was flat sales growth in constant currency, plus or minus five percent, and $800 million to $850 million in non-GAAP operating income.”

“We spent a lot of time carefully designing keyboards that deliver advanced performance with just the right feature set,” said Ujesh Desai, vice president, and general manager of Logitech Gaming. “Made with strong, durable materials and high-performance features, these keyboards are an excellent option for gamers who want a mechanical keyboard at a great price.”

The G413 SE Mechanical Gaming Keyboards feature Tactile Mechanical Switches, which deliver uncompromising performance and give discernible actuation for gamers who prefer direct feedback. In addition, the keyboards feature PBT keycaps that are engineered with quality material, designed to hold up over time and heat- and wear-resistant; making them one of the most durable PBT keycaps on the market.

Featuring white LED lighting and a black-brushed aluminum-magnesium alloy top case as the keyboard’s backbone, the result is a minimal design, balanced with features that make this keyboard a must-have for gamers.

In addition, the keyboards were designed to deliver reliable key input versus other non-gaming mechanical keyboards, with the addition of the six-key rollover anti-ghosting performance, which means multiple keys can be pressed simultaneously and all register at the same time to trigger a special game move.

The Logitech G413 SE and Logitech G413 TKL SE Mechanical Gaming Keyboards are expected to be available on LogitechG.com and at global retailers in February of 2022 for suggested retail prices of $79.99 and $69.99, respectively.

Logitech initiated with a Buy at Deutsche Bank

On December 13, 2021, Deutsche Bank analyst Robert Sanders initiated coverage of Logitech with a Buy rating and CHF 92 price target. With the shares down 40% since June, investors “appear to have lost faith” in Logitech’s ability to grow sustainably following the Covid boom year of fiscal 2021, Sanders tells investors in a research note. However, the analyst believes investors are under-appreciating both the “huge increase” in the company’s installed base that has occurred and the shortened replacement cycle for Logitech’s products.

📺😃 Sorry, But I LIKE This Keyboard! – Logitech POP Keys 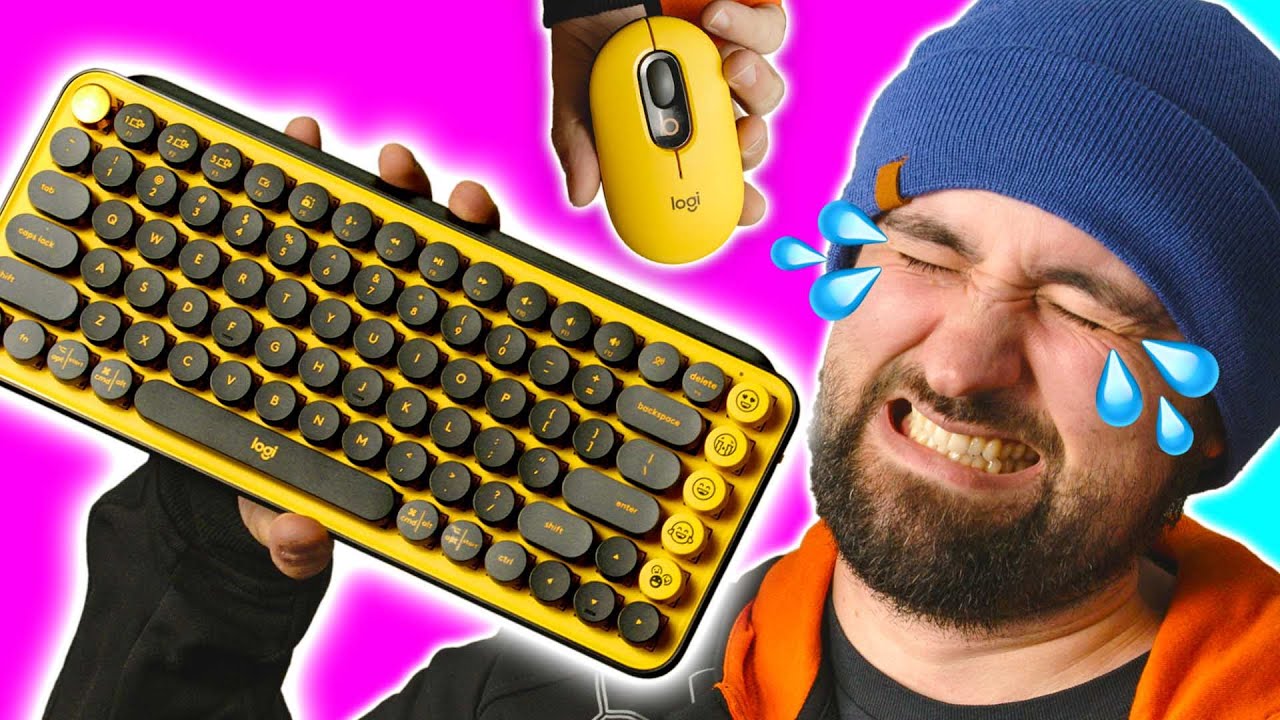 The short-term trend is negative, as is the long-term trend. LOGI is part of the Technology Hardware, Storage & Peripherals industry. There are 36 other stocks in this industry, LOGI did better than 47% of them. LOGI is currently trading near the lower end of its 52-week range, which is not a good sign. The S&P500 Index however is also trading in the lower part of its yearly range, so it may just be a bad time for stocks in general. Volume is considerably higher in the last couple of days. In combination with the strong move down this is a bad signal.

There is a support zone ranging from 74.44 to 74.44. This zone is formed by a combination of multiple trend lines in multiple time frames.

The technical rating of LOGI is bad and it also does not present a quality setup at the moment. LOGI stock has a Setup Rating of 2 out of 10. Price movement has been a little bit too volatile to find a nice entry and exit point. It is probably a good idea to wait for a consolidation first. Click here to sign up for email alerts on when LOGI stock consolidates and has a Setup Rating of 8 or higher.