What caused the stock to exploded higher in after-hours trading was an 8-K filing submitted today to the SEC.

The 8-K filing reads as follows:

Under the terms of the License Agreement, the Company granted HaiChang an exclusive (even as to the Company), royalty-bearing, sublicensable worldwide license to research, develop and commercialize pharmaceutical products comprising RX-0201 (subject to and limited by the exclusive rights of NEXT BT Co. Ltd. with respect to RX-0201 in Asia), the nano-liposomal formulation of RX-0201 known as RX-0301, and RX-0047, a proprietary compound currently in preclinical development. HaiChang has agreed to use commercially reasonable efforts to develop, seek regulatory approval for, and commercialize one product comprising RX-0301 and one product comprising RX-0047.

In connection with entering into the License Agreement, the parties terminated the Research Collaboration and License Agreement, dated as of February 8, 2018, under which HaiChang had previously agreed to develop RX-0301 through completion of a Phase IIa proof-of-concept clinical trial for the treatment of hepatic cell carcinoma in China.”

It looks like REXN just sold “certain materials” for $250,000 to the Chinese who are looking to further develop the nano-liposomal formulation of RX-0201 known as RX-0301, and RX-0047. If the Chinese company succeeds, Rexahn Pharmaceuticals will get further sublicensing revenue. 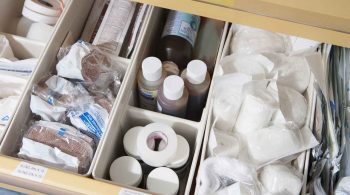