ObamaCare has created massive shortages within the healthcare sector. In cities, it is common to wait many hours before being seen as hospitals have a shortage of beds. Doctors have stopped taking new patients as they are overwhelmed by the numbers of people coming to see them. Let’s examine what happened from a macroeconomics perspective.

ObamaCare caused more than 35 million people to demand health services. The idea was that when demand for medical services increased, it would shift the demand curve to the right (D1). As more people demanded healthcare services, supply would increase to meet that demand.

The problem is that policymakers thought they could prevent price increases through non-free market price controls. That action of price controls prevented efficient movement of the demand curve along the supply curve. Instead, demand increased, but supply stayed the same.

Supply not increasing because of price controls is an absolutely logical market reaction and what many economists warned could happen. Health care providers do not have a profit incentive to increase supply because of price controls. If prices are going to be held lower at P1, then there are only enough profits in the industry for suppliers to produce at a quantity equal to demand at D2. ObamaCare increased consumer demand to D3, and so a health care services shortage has formed as indicated by the red shaded area.

Obama and Democrats focused too much on demand-side economics and not enough on supply-side economics. The failure of ObamaCare is that the supply curve did not shift downward (increase) to meet the new level of demand, at the lower price control level of P1 that the government established.

ObamaCare proponents claimed that top-down government operation was going to reap all kinds of cost savings for healthcare providers and thus would shift the supply curve down. That was wrong.

In an attempt to shift the supply curve down (to the right), the Obama Administration and Senate recently passed a medical reform bill to make it easier for someone to become a doctor.

The idea is to make it easier for people to become a doctor. I think this might be a case of too little, too late. Lowering requirements for doctors should have been done years ago. 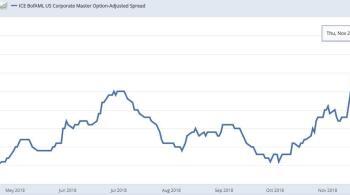