Below is the 3-month rolling average of non-farm payrolls. 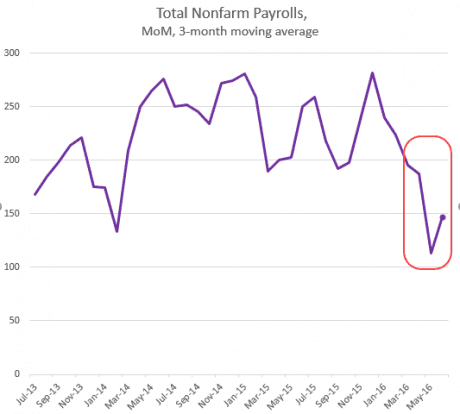 In other words, when we zoom out and look at the larger time frame trend, job creation is slowing. Does that single uptick in the 3-month rolling average chart above really justify a breakout of SPX to new all-time highs? Of course not.

Another chart that shows a big problem with the labor market is the number of Americans who are not in the labor force but want a job. 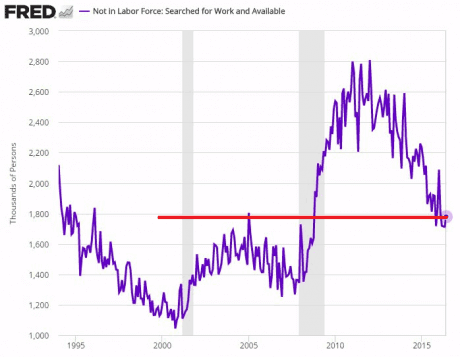 Notice that the number of Americans who are not in the labor force but want a job remains at a historically high level.

The mainstream media asserts that there are lots of job openings and employers are having trouble finding the labor to fill those open positions. The chart below adds some much-needed context to that assertion. 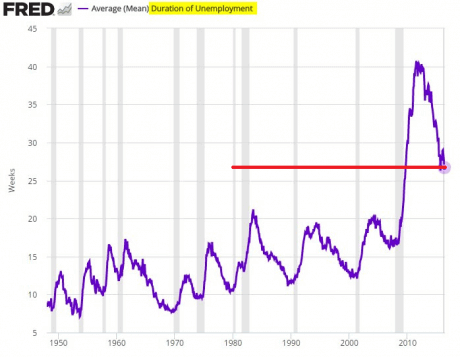 The chart above shows that the average duration of unemployment is very high relative to historical averages. In other words, it’s taking people an incredibly long time to find a job because there are not many jobs available.

For years, some of the best paying jobs were in the energy sector. The next chart shows employment in the US oil & gas industry plunging lower thanks to Saudi Arabia. 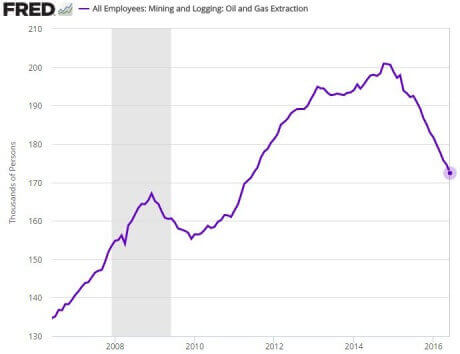 We also hear from the mainstream media that Amazon and online shopping is why the Retail sector is in so much trouble. If that were true, we would expect jobs in the trucking industry to be rising as all that online stuff people bought was shipped around the country. In reality, we have just the opposite. 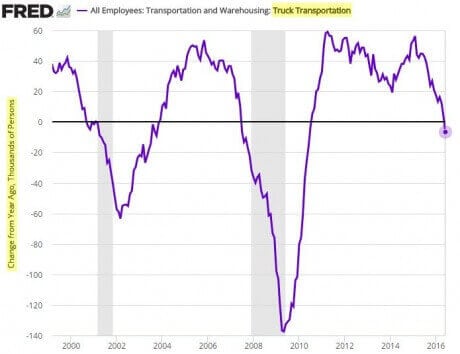 As stock traders, we have to question everything we hear and read in the mainstream financial media because they will lead us right off a cliff.