NFLX stock closed up in after-hours trade on January 21, 2020, after the company reported a beat on earnings and revenue. But it gets more badass than that. Check out what the company posted on its Witcher Google Search trends:

Witcher is badass and I binged watched the entire season in like 4 days. It reminded me of my Dungeons and Dragons days back in the 80s as a Dragon Master leading players through various realms. It’s awesome dudes. Check out this song from The Witcher:

I literally stopped the episode that had Toss A Coin To Your Witcher and played the song over and over again because it’s so badass. My wife and daughters thought I was nuts. They never played Dungeons and Dragons and were never into the medieval thing. I was worried Netflix was going to drop the Witcher because it’s such a niche thing where you either get it and love it, or you don’t. After the company released the Witcher search trends today, I’m betting the show will be back for another season, yes!

Netflix said in its quarterly letter to investors: “Global paid net additions totaled 8.8m in Q4, on par with the 8.8m in the prior year period and ahead of our forecast of 7.6m, fueled by our broad slate of original programming and the worldwide adoption of streaming video. We generated Q4-record paid net adds in each of the EMEA, LATAM and APAC regions, while UCAN paid net adds totaled 0.55m (with 0.42m in the US) vs. 1.75m in the year ago quarter. Our low membership growth in UCAN is probably due to our recent price changes and to US competitive launches. We have seen more muted impact from competitive launches outside the US (NL, CA, AU). As always, we are working hard to improve our service to combat these factors and push net adds higher over time.”

Netflix said they plan to increase content spending across the board. They said content spending will grow to roughly 20% in 2020. Says “The Crown” viewership has been very “durable” in the U.K., U.S. and across the world. Says losing rights to sitcom “Friends” has had no impact on viewership. Says “The Witcher” delivered viewing hours for the company and that viewers “loved it” right away. Hell yes we did!

Netflix says that mobile-only plans in Asia have added subscribers. Netflix wants to experiment with and test out yearly subscription plans. Netflix says they are confident that the best business model in the long-term is current model, as opposed to an ad-based model. Netflix says they want to be a “safer” site where users can enjoy content and that they don’t want to exploit users with advertising. And that’s why we love Netflix! 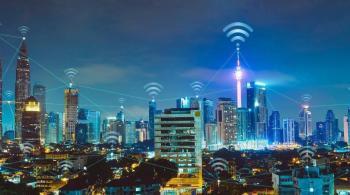