We all know that Japan’s economy has been in trouble for decades as its central bank scrambles to prop up the economy. The Bank of Japan is buying massive amounts of index ETFs, rapidly increasing its holdings as a proportion of the market cap. What you may not know is that Japan’s unemployment rate has hit the lowest level in decades. 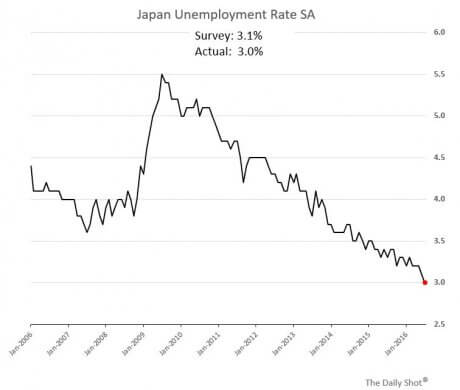 The reason Japan’s economy is not improving in lockstep with the falling unemployment rate is that good paying manufacturing jobs are on the decline, while lower paying medical and service sector jobs are on the rise. 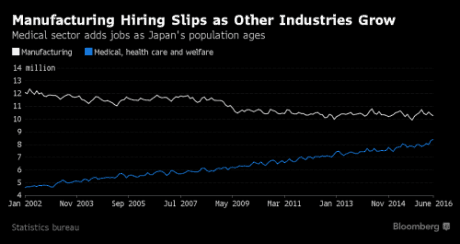 All jobs are not equal as the unemployment rate suggests. Japan and the U.S. are replacing higher paying manufacturing jobs with lower paying service sector jobs.

If a falling unemployment rate is not good for Japan’s economy, why would everyone believe that it was so great for the U.S. economy? As traders, we have to be careful not to be fooled by a low unemployment rate.