OWCP stock (OTCQB) is still moving higher after the company reported receiving a patent on December 16, 2019.

On December 16, 2019, OWC Pharmaceutical Research Corp. (OTCQB: OWCP), represented by its wholly-owned subsidiary, One World Cannabis Ltd., a company organized and existing under the laws of Israel (“OWC-Israel”), announced that, on December 9, 2019, the United States Patent and Trademark Office issued a Notice of Allowance indicating that OWC Israel’s Patent Application No. 15/629,230 directed to cannabis based extracts and topical formulations for use in skin disorders, is allowed for issuance as a patent. The allowed patent application, which indicates a unique modality of treatment, covers a method of treating or inhibiting an inflammatory skin disease in a human in need thereof comprising topically administering to the human a therapeutically effective amount of a pharmaceutical composition comprising carrier formulations described in the claims and cannabis oil comprising cannabidiol and tetrahydrocannabinol, wherein the inflammatory skin disease is selected from a large group of skin conditions, including but not limited to psoriasis.

Skin disorders are a key focus area for OWC’s clinical development program. OWC has performed pre-clinical studies and has completed a human safety study with a cannabis-based ointment and is in the process of procuring the necessary permits for an efficacy study on psoriatic patients.

This allowed US patent application adds significantly to OWC’s intellectual property portfolio, which includes issued patents for treatment of skin conditions in the Czech Republic and Australia, as well as other families of patent applications currently under prosecution, directed to the use of cannabis-based extracts for further clinical indications and various non-clinical applications. OWC believes that this topical ointment could offer relief for patients suffering from conditions such as Psoriatic lesions of the face, which currently lack effective alternative topical treatments.

“OWC has been working diligently to establish itself as a differentiated cannabis company, based on quality clinical development and the prosecution of its intellectual property portfolio. This patent allowance, in the United States, constitutes a significant milestone in the validation of our business strategy in a key product area,” stated Mr. Mordechai Bignitz, the CEO of OWC. “We know that the pathway we have chosen is difficult and needs patience from shareholders, but we believe that the few companies that will have genuine clinically validated products, protected by patents in key markets, will ultimately be the sustainable players in this field in the long term,” he continued.

OWC Pharmaceutical Research is based in Israel and is traded in the US on the OTCQB market (OTCQB: OWCP). The company conducts medical research and clinical trials to develop cannabis-based novel therapeutic products and treatments and develops unique and effective delivery systems and dosage forms of medical cannabis for diverse medical conditions including multiple myeloma, psoriasis, fibromyalgia and PTSD. The company’s research is conducted at the facilities of leading Israeli academic medical centers and scientific institutes and is led by internationally renowned investigators. The company has a developing Intellectual Property portfolio to protect its product developments. 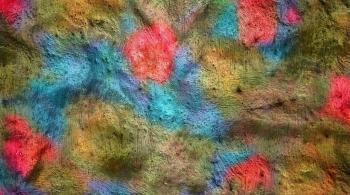 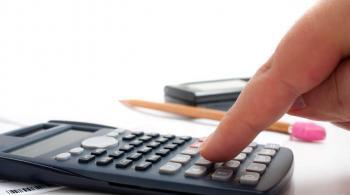