Globalist controlled Bloomberg published an article (link above) that the entire planet is in danger now that the US has left the Paris Agreement. Stupid comments like that make you realize just how dumb and anti-American Bloomberg really is.

The globalist propaganda article even says that the US is the biggest loser because of President Trump’s decision. How anti-American is that?

Reality check Bloomberg: Americans are the biggest winners from President Trump’s decision as fewer of our tax dollars will go to support globalism in the name of climate control.

Paris Agreement Means US is the Biggest Loser? That’s Not Based In Economics, That’s a Flimsy Subjective Opinion

Bloomberg’s Eric Roston goes on an anti-American rant that the Paris Agreement exit means that the U.S. will lose its economic competitiveness, technological innovation, and global leadership. Did it even occur to Roston that US companies will continue to develop and make environmental technologies and sell them to other countries while at home, well, we’ll do things cheaper thank you very much.

Even a basic education in economics one learns that environmental regulation shifts the supply curve inward and thus raises prices while reducing demand. This contracts the entire GDP.

What about increases in government regulation on businesses such as tougher clean air or clean water requirements? What would be the impact on the AS curve?

Bloomberg is not about publishing real articles based on time-testing economics and the ridiculous article from Eric Roston really proves that point. I still love you Bloomberg but you got to publish better articles on the Paris Agreement that are grounded in economics instead of this subjective globalist propaganda. And please, be a little more patriotic and show some American pride. After all, it’s Americans that made your business what it is to today. A little gratitude and pro-Americanism would go a long way.

Trump Tax Cuts and Which Companies Will Benefit the Most 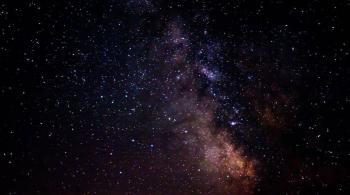 Trump Tax Cuts and Which Companies Will Benefit the Most