PYPL stock has lost more than -30% of its value in just the last 24 hours after the company reported lower than expected forward guidance. The selling seems way overdone and more likely the result of an organized hunting party of short-sellers.

On February 1, 2022, PayPal Holdings, Inc. (NASDAQ: PYPL) announced its fourth quarter and full-year 2021 results ended December 31, 2021. PayPal reported Q4 adjusted EPS of $1.11 versus the consensus estimate of $1.12. The company reported Q4 revenue of $6.9B versus the consensus estimate of $6.86B. Paypal reported Q4 total payment volume of $339.5B, up 23% on a spot and FX neutral basis. The company said 9.8 million Net New Active Accounts added, including 3.2 million from the acquisition of Paidy.

PayPal downgraded to Neutral from Buy at BTIG

On February 2, 2022, BTIG analyst Mark Palmer downgraded PayPal to Neutral from Buy without a price target. Palmer tells investors in a research note that the company posted a Q4 report that included fiscal 2022 financial guidance that fell well short of expectations. A noteworthy part of management’s guidance was its expectation that PayPal during fiscal 202 would generate net new active users in a range of 15M-20M, which would be down from 48.9M in fiscal 2021 and well below expectations of a year-over-year increase in that metric rather than a steep decline, says the analyst. He believes the earnings report “raised significant questions about the company’s near-term prospects.”

PayPal price target lowered to $200 from $260 at Deutsche Bank

Deutsche Bank analyst Bryan Keane lowered the firm’s price target on PayPal to $200 from $260 and kept a Buy rating on the shares. Last night, the company took its 750M account target off the table and set a lower guidance bar than expected for fiscal 2022, Keane tells investors in a research note. PayPal now expects only 15M-20M net account adds in fiscal 2022 versus 55M-60M expectations with a return to pre-pandemic trends of 30M-40M per year after that, says the analyst. However, he notes that the company highlighted continued share gains.

PayPal downgraded to Neutral from Outperform at Oddo BHF

PayPal downgraded to Market Perform from Outperform at Raymond James

Raymond James analyst John Davis downgraded PayPal to Market Perform from Outperform without a price target. PayPal’s Q4 print included a 2022 outlook that will send estimates lower, and Davis believes the medium-term outlook laid out a year ago at the analyst day for a 20% revenue/22% EPS CAGR through 2025 is more than aspirational at this point, the analyst tells investors in a research note. He feels the stock is fully valued and is moving to the sidelines as he believes shares will be range-bound from here.

Piper Sandler analyst Christopher Donat lowered the firm’s price target on PayPal to $185 from $280 and kept an Overweight rating on the shares. The stock traded down 17% after the company issued meaningfully lower guidance for 2022, Donat tells investors in a research note. The analyst is “defending the stock here” as he believes management has moved from an overly optimistic outlook to a conservative stance a year ago. He continues to believe PayPal is the company best positioned to “become a super app in financial services.”

PayPal price target lowered to $190 from $272 at JPMorgan

JPMorgan analyst Tien-Tsin Huang lowered the firm’s price target on PayPal to $190 from $272 and kept an Overweight rating on the shares following last night’s results. The company’s guidance was “broadly disappointing, but probably necessary to reset expectations to get back to beating and raising expectations,” Huang tells investors in a research note. The analyst cut estimates but still sees PayPal emerging “from this air pocket” with growth approaching 20% exiting fiscal 2022.

PayPal price target lowered to $198 from $260 at JMP Securities

JMP Securities analyst David Scharf lowered the firm’s price target on PayPal (PYPL) to $198 from $260 but kept an Outperform rating on the shares after its Q4 earnings miss and below-consensus guidance. The results were below expectations on a user metric basis, specifically in “net new accounts,” as the company pivoted to focus on user engagement over absolute account growth, the analyst tells investors in a research note. Scharf adds, however that he remains positive on the stock given its “most comprehensive” position in the two-sided digital payments ecosystem, its upcoming catalysts such as the Amazon (AMZN) checkout, and his view of headwinds being “transitory.”

PayPal price target lowered to $190 from $217 at Morgan Stanley

Morgan Stanley analyst James Faucette lowered the firm’s price target on PayPal to $190 from $217 and kept an Overweight rating on the shares. He thinks “modestly weaker-than-expected” results of the past couple of quarters are attributable primarily to uneven, disappointing e-commerce growth, complicated by tough year-over-year comps and supply chain disruptions. However, Faucette thinks investors are “probably overly preoccupied” by the reduced emphasis on NNA growth. Instead, he should focus on overall e-commerce growth, though he acknowledges that normalization of e-commerce market growth could take several quarters to play out.

KeyBanc analyst Josh Beck lowered the firm’s price target on PayPal to $200 from $250 and keeps an Overweight rating on the shares following generally in line results. The analyst aired “a tone of caution” heading into the print, recommending investors embrace a patient stance due to margin compression and stimulus comparisons in fiscal 2022, which played out, albeit even lower than his below-Street EPS estimate contemplated. With sentiment at perhaps a new low, Beck recommends investors re-visit PayPal because, despite the noisy update and strategic shift, he sees the model as de-risked for fiscal 2022 and the company has shown credible progress toward transitioning into a financial SuperApp, validated by 300%+ Buy Now, Pay Later growth, 700%+ shopping traffic linked to app re-design, and 80% Venmo revenue growth at $1B+ run-rate.

SMBC Nikko analyst Andrew Bauch lowered the firm’s price target on PayPal to $125 from $160 and reiterated an Underperform rating on the shares following last night’s results. While management once again attributed the soft quarter to eBay-related headwinds, investor patience “may have worn thin and that the ‘eBay headwind’ explanation will fall on deaf ears,” Bauch tells investors in a research note. The most troubling metric for bullish investors to digest was undoubtedly around net new actives, says the analyst. Bauch says management validated his belief that aspirations for 750M active accounts by 2025 “was inappropriate.” 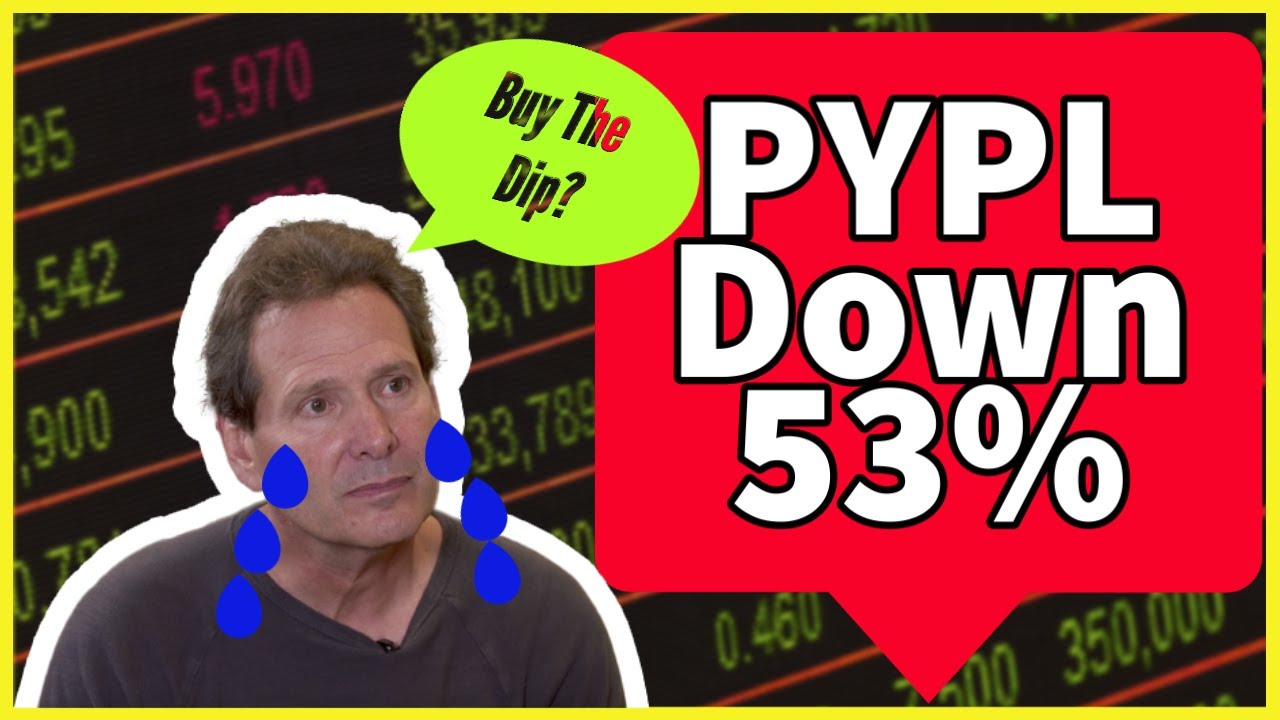 The short-term trend is negative, as is the long-term trend. PYPL is one of the lesser performing stocks in the IT Services industry. 61% of 153 stocks in the same industry do better. PYPL is currently trading in the lower part of its 52-week range. The S&P500 Index, however is trading in the upper part of its 52-week range, so PYPL is lagging the market.

There is a support zone ranging from 163.51 to 165.71. This zone is formed by multiple trend lines and important moving averages in various time frames.