PEAR stock is doing a double bottom bounce on January 3, 2022, as analysts increasingly are bullish on the stock.

Pear Therapeutics initiated with a Buy at BTIG

On January 3, 2022, BTIG analyst Marie Thibault initiated coverage of Pear Therapeutics with a Buy rating and $12 price target. Thibault believes Pear is one of the best-positioned companies in the prescription digital therapeutics space, and that it has a head start on a regulatory, commercial, and operational basis, with its PearCreate and PearConnect platforms intended to rapidly iterate and distribute new PDTs, the analyst tells investors in a research note.

Pear Therapeutics initiated with a Buy at Citi

On December 29, 2021, Citi analyst Neena Bitritto-Garg initiated coverage of Pear Therapeutics with a Buy rating and $13 price target. Pear is well positioned to leverage a “first-mover advantage” in prescription digital therapeutics as growth in the digital health space accelerates, Bitritto-Garg tells investors in a research note. While a reimbursement overhang could pressure the shares into 2022, a “reimbursement inflection point is approaching” and Pear has a path to “rapidly scale” with commercial and pipeline products once a streamlined regulatory framework for prescription digital therapeutics are in place in 2022 and 2023, says the analyst.

Pear Therapeutics initiated with a Buy at Chardan

On December 22, 2021, Chardan analyst Keay Nakae initiated coverage of Pear Therapeutics with a Buy rating and $16 price target. Pear is the clear early leader in the emerging field of digital therapeutics, having developed and commercialized the first three FDA-authorized prescription digital therapeutics for treating substance abuse disorder, opioid use disorder and chronic insomnia, Nakae tells investors in a research note. The analyst views the company as a commercial execution story. Share appreciation in 2022 and 2023 will be driven by sequential reported quarterly revenue growth, and by publications of additional world health economics and outcomes research data, says Nakae.

Pear’s depression product candidate is being developed to be used alone or in combination with other treatments to help patients with a wide range of depression symptoms. Pear intends to incorporate both newly acquired and licensed assets into Pear’s depression candidate, which will require clinical evaluation, and if promising, would then be evaluated in a potential pivotal clinical trial to support FDA submission.

The asset acquired from Waypoint Health Innovations, is a digital therapeutic designed for treatment of depression based on structured and proven cognitive behavioral therapy (CBT) techniques. CBT is recommended as treatment for depression by the American Psychiatric Association.3 The Waypoint asset delivers CBT through the use of standardized symptom assessments, video, interactive tools, and algorithms that dynamically personalize each individual’s experience. The Waypoint asset has been the subject of published, preliminary clinical studies but has not been submitted to FDA for review. Pear believes the Waypoint asset has the potential to deliver treatment for depression of varying severity.

For example, in a randomized controlled trial of the Waypoint asset, 343 adults with depression symptoms received either usual care or usual care plus the Waypoint asset and were evaluated for changes in depression and anxiety symptom severity, work and social functioning, and psychological resilience. Over the 8-week comparison period, the group using the Waypoint asset experienced significantly greater improvement on all four measures compared to those who received usual care alone (each P<.001) with the outcome measures of PHQ-9, GAD-7, WSAS (Work and Social Adjustment Scale) and CD-RISC10 (ten-item Connor-Davidson Resilience Scale). The effect on depression symptoms was one of the largest reported for a CBT digital therapeutic delivered without clinician interaction. Participants who received access to the Waypoint asset maintained their improvement on all four measures throughout the 12-month evaluation period. Three other published studies evaluated earlier versions of the Waypoint asset.

The Holländare asset involves internet-based CBT (iCBT) for the treatment of residual symptoms of depression and is aimed at preventing relapse. The treatment centers around nine modules, including an introduction to CBT and depression module, two modules on behavioral activation, cognitive restructuring, sleep and relaxation, mindfulness, physical activity, reducing anxiety, and defining long-term goals. The Holländare asset has been the subject of a published, preliminary clinical study but has not been submitted to FDA for review. Pear believes this asset has the potential to deliver treatment for relapsing depression.

For example, in a randomized controlled trial, 84 patients with residual symptoms of depression were assigned to either 10 weeks iCBT or to a control condition. The primary outcome was relapse in depression according to the DSM-IV criteria. This was established by structured clinical interviews by a psychologist. Results showed that iCBT significantly reduced the proportion of relapse compared with the control condition (P = 0.006). In the group that received iCBT, 10.5% compared with 37.8% in the control condition experienced relapse during the first 6 months. The follow up of the two groups continued, and after 24 months 13.7% of patients had relapsed in the iCBT group compared with 60.9% in the control group, showing a strong durable effect from the intervention of iCBT.

“The addition of these depression assets to our portfolio fits squarely in our near-term focus to expand our leadership in psychiatry. With these deals, we have the potential to optimize our depression PDT candidate to help address one of the largest patient populations in mental and behavioral health,” said Corey McCann, President and CEO of Pear Therapeutics.

The COVID-19 pandemic has significantly worsened depression in the U.S. over the last two years. In 2019, an estimated 7.8% of all U.S. adults had at least one major depressive episode and approximately 35% did not receive any type of treatment.1 A recent study by Brown University and Boston University found that in 2021, 32.8% of U.S. adults experienced depressive symptoms compared to 27.8% of adults in the beginning of the pandemic and 8.5% before the pandemic. This rapid increase in depressive symptoms due to the pandemic highlights the ever-increasing need for new modes of treatment for depression.

Pear’s end-to-end platform discovers, develops, and delivers PDTs to patients. Pear’s platform is designed to be scalable with the ability to host multiple PDTs developed by Pear and potentially by third parties. Pear’s development platform, PearCreate™, is aimed toward the development of PDT candidates, and Pear’s commercial platform, PearConnect™, is aimed toward the commercialization of PDT products.

Pear Therapeutics, Inc., which is traded on Nasdaq as PEAR, is the parent company of Pear Therapeutics (US), Inc. Pear is the leader in developing and commercializing software-based medicines, called prescription digital therapeutics (PDTs). Pear aims to redefine care through the widespread use of clinically validated software-based therapeutics to provide better outcomes for patients, smarter engagement and tracking tools for clinicians, and cost-effective solutions for payers. Pear has the first end-to-end platform to discover, develop, and deliver PDTs to patients and a pipeline of products and product candidates across therapeutic areas, including the first three PDTs with disease treatment claims from the FDA. Pear’s product, reSET®, for the treatment of substance use disorder, was the first PDT to receive marketing authorization from the FDA to treat disease. Pear’s second product, reSET-O®, for the treatment of opioid use disorder, was the first PDT to receive Breakthrough Designation. Pear’s third product, Somryst® for the treatment of chronic insomnia, was the first PDT submitted through FDA’s traditional 510(k) pathway while simultaneously reviewed through FDA’s Software Precertification Pilot Program. For more information, visit Pear at https://www.peartherapeutics.com 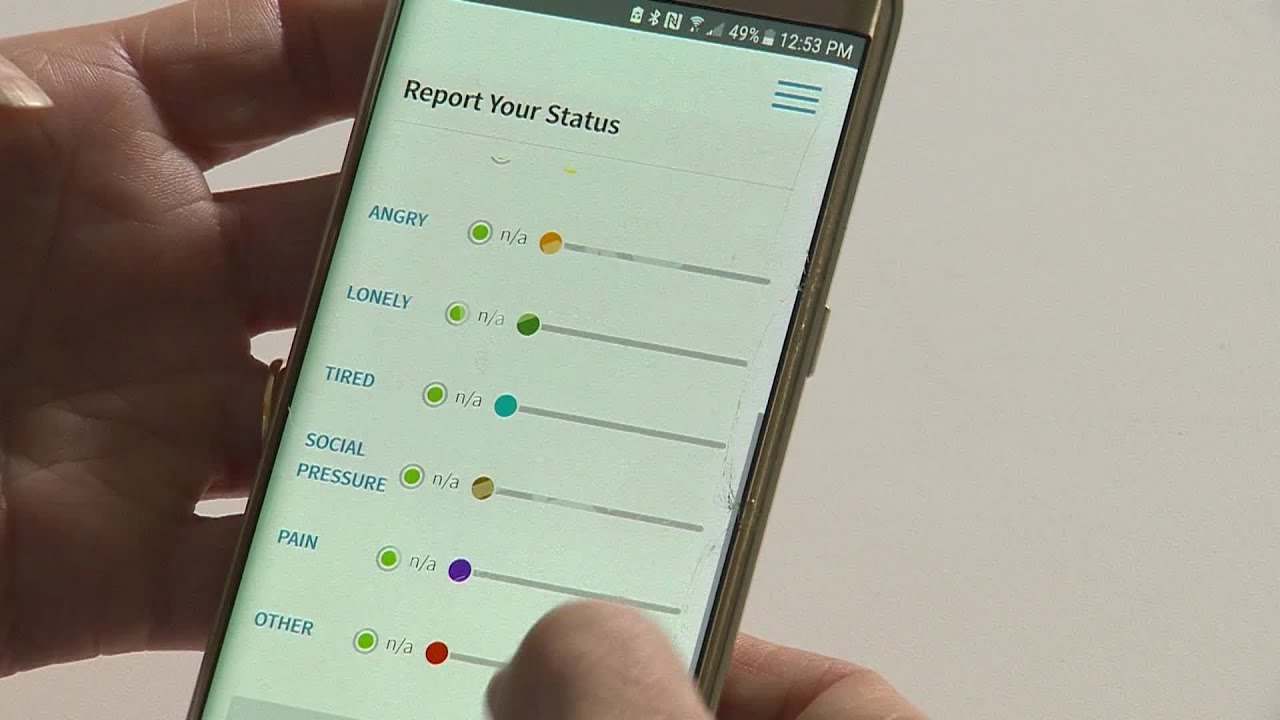 The stock went public via a SPAC on December 8, 2021, and so we don’t have enough chart data to work with. In the last month, PEAR has been trading in the 4.85 – 14.60 range, which is quite wide. It is currently trading near the lows of this range. The technical rating of PEAR is bad and it also does not present a quality setup at the moment. Price movement has been a little bit too volatile to find a nice entry and exit point. It is probably a good idea to wait for a consolidation first. Click here to sign up for email alerts on when PEAR stock consolidates and is a good entry.