PTON stock has recovered from an initial plunge on January 24, 2022, after it was reported that a second TV actor has had a heart attack after riding a Peleton bike.

A second television character appeared in a popular TV show having a heart attack after riding a Peloton Bike, CNBC’s Lauren Thomas reports. This comes about a month after a main character on HBO’s “Sex and the City” sequel series died from a heart attack after taking a Peloton cycling class. Peloton says it did not give “Billions” permission to use its brand on the show. Source: https://www.cnbc.com/2022/01/23/pelotons-brand-gets-slammed-again-after-an-unfavorable-portrayal-in-billions.html

Blackwells Sends Letter to Peloton Board of Directors, Calling for New Leadership and Initiation of Strategic Alternatives

On January 24, 2022, Blackwells Capital LLC (together with its affiliates “Blackwells”), an alternative investment management firm that is a significant shareholder of Peloton Interactive, Inc. (“Peloton” or the “Company”) (NASDAQ: PTON), today sent a letter to the Board of Directors of Peloton. In it, Blackwells presents its serious concerns about the direction and performance of the Company and calls on the Board to remove current CEO John Foley, as a result of his multiple leadership failures. Blackwells also believes that the Board must consider selling the Company to a strategic acquiror.

The text of the letter follows:

I am writing on behalf of Blackwells Capital LLC, an investment manager that is a significant shareholder of Peloton Interactive, Inc. (“Peloton” or the “Company”), to express our grave concerns about the performance and direction of the Company, and the ongoing failures of its leadership team.

We believe the pandemic offered Peloton a tremendous and unexpected opportunity to accelerate consumer adoption of its category-defining products and drive performance of the business and value for shareholders. With the stock now trading below the IPO price, and down more than 80% from its high, it is clear that the Company, the executives and the Board have squandered this opportunity.

Remarkably, the Company is on worse footing today than it was prior to the pandemic, with high fixed costs, excessive inventory, a listless strategy, dispirited employees and thousands of disgruntled shareholders. And no wonder, the latter, given that Peloton underperformed every other company in the Nasdaq 100 over the last twelve months.

Mr. Foley Should Be Fired as CEO, Immediately

Mr. Foley must be held accountable for his repeated failures to effectively lead Peloton, which include:

We believe that no Board exercising reasonable judgment could leave Mr. Foley in charge of Peloton. The Company has gotten too big, too complex and too damaged for Mr. Foley to lead it. And he should have enough self-awareness and enough self-interest, to resign as a director.

The Board Should Put Peloton Up for Sale

Without Mr. Foley in place, continuing his attempts to salvage his legacy, the Board can turn to maximizing value for shareholders.

Despite the incontrovertible mismanagement of the Company, Peloton has a large and loyal customer base, skilled employees, great technology and content, and a respected brand. A stand-alone Peloton, however, will still not be able to fully exploit the opportunities its assets and brand enable – especially now with a pressured balance sheet, significant cash burn and loss of investor confidence.

Undoubtedly, Peloton and its customer base would be extremely attractive to any number of technology, streaming, metaverse and sportswear companies (e.g. Apple, Disney, Sony, Nike), who could extend their presence in the home, in health and wellness and on the screen through Peloton. Given the mess that Peloton has become as an independent company, we are convinced that one or more of these strategic acquirors could provide significantly more value, with substantially less risk, than Peloton is likely to generate for its shareholders on its own.

The Board should immediately begin to explore these strategic alternatives and find a proper owner of Peloton who can make the most of its coveted employees, customer base, technology, and brand.

We recognize that Mr. Foley undoubtedly regards Peloton as “his” company and you, the Company’s directors, as “his” Board. He has outsized influence and outsized voting power by virtue of his status as founder. Perhaps some of you – friends with Mr. Foley for many years – feel obligated to do as he wishes. But the law and equity markets expect more. You are not here to preserve Mr. Foley’s dignity or his pride. Your role, as directors, is not to protect him from embarrassment or to shield him from blame.

Instead, you are charged with overseeing management and ensuring the best leader runs the Company. There can be no reasonable doubt that Mr. Foley is not suited to be Peloton’s CEO. And so, you must remove and replace Mr. Foley to be faithful to your obligations to shareholders. At the same time, you should explore whether there is a better owner for Peloton, which we fervently believe there is.

We hope you will take our input to heart, and act as responsible fiduciaries. This short letter is but our first; the damage caused by unremedied mismanagement at Peloton could fill many more pages. We hope we do not need to write them, but make no mistake: we will not tire from the task of holding Mr. Foley and you responsible for our losses, nor from reminding you of your obligation to maximize value for shareholders.

The ride for Mr. Foley is over. This Board must now independently chart a new path for Peloton. 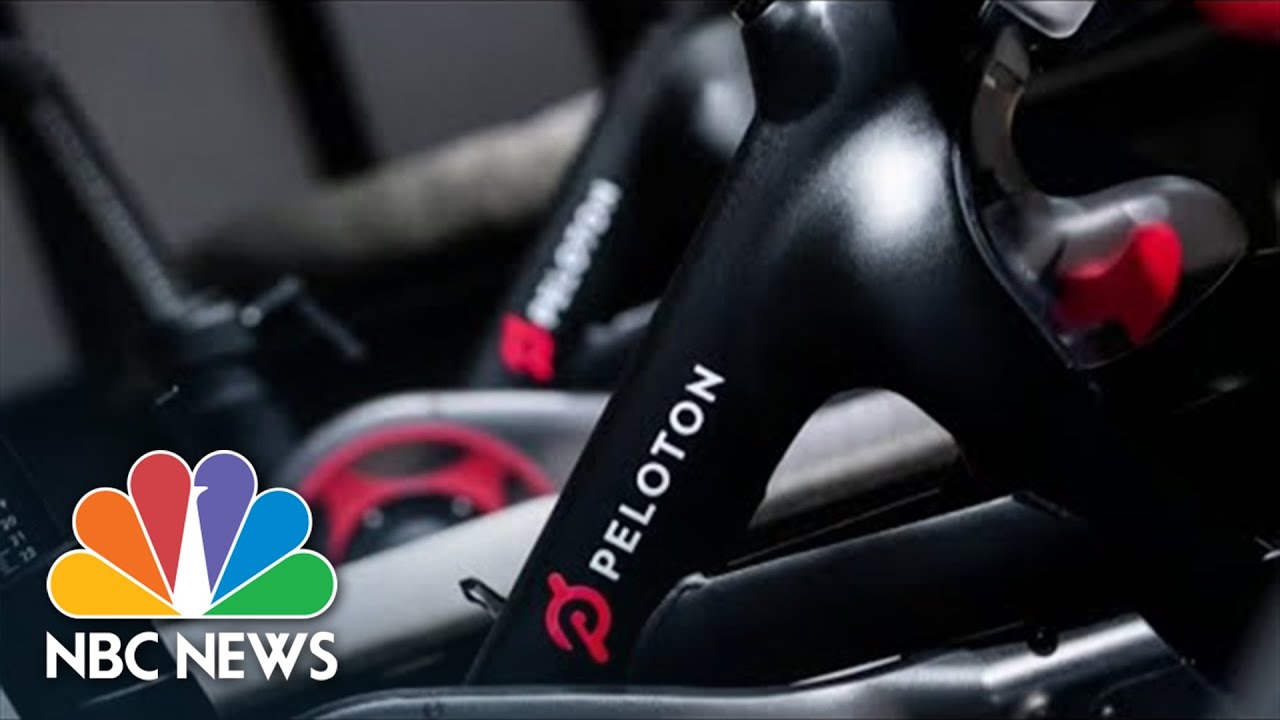 The short term trend is negative, as is the long term trend. PTON is part of the Leisure Products industry. There are 32 other stocks in this industry, of which 85% are performing better than PTON. PTON is currently trading near the lower end of its 52 week range, which is not a good sign. PTON is lagging the S&P500 Index which is trading in the middle of its 52 week range. Volume is considerably higher in the last couple of days. In combination with the strong move down this is a bad signal.

There is a support zone ranging from 27.05 to 27.07. This zone is formed by a combination of multiple trend lines in multiple time frames.

There is a resistance zone ranging from 33.19 to 33.54. This zone is formed by a combination of multiple trend lines and important moving averages in the daily time frame.

The technical rating of PTON is bad and it also does not present a quality setup at the moment. PTON stock has a Setup Rating of 2 out of 10. Price movement has been a little bit too volatile to find a nice entry and exit point. It is probably a good idea to wait for a consolidation first. Click here to sign up for email alerts on when PTON stock consolidates and has a Setup Rating of 8 or better.