DNAC stock is set to uptrend as the ProKidney SPAC and new ticker will go live sometime by Q3 2022.

Chronic Kidney Disease: One of the Most Prevalent and Expensive Medical Conditions

CKD leading to kidney failure is one of the most prevalent and expensive medical conditions to treat. Today, more than one in seven U.S. adults – or approximately 15% of U.S. adults – suffer from some form of CKD. If left untreated, many CKD patients progress to end-stage renal disease (“ESRD”) or kidney failure and require dialysis or kidney transplant.

With no known disease-modifying therapies targeting CKD leading to kidney failure, current treatment options are limited to drugs, such as ACEs/ARBs, SGLT2’s, DPP-IV’s, or GLP-1’s, that incrementally slow the loss of kidney function and onset of ESRD and dialysis. These treatments can cause a great economic and emotional burden on patients and their families because they require adjusting many aspects of everyday living.

In 2018, annual Medicare spend on CKD and ESRD was approximately $130 billion. Combined with spend from private health payers, total annual costs to treat CKD and ESRD reached up to $500 billion in the United States alone. This huge economic burden is compounded by a surging number of CKD patients around the world, with prevalence in the United States and the European Union projected to grow by 22% between 2020 and 2040 – expanding to more than 90 million people – underscoring the dire need for a more effective treatment option that can also address the economic burdens associated with treating this disease.

ProKidney Offers a Transformative Therapy to the CKD Challenge

ProKidney’s lead product candidate, REACT® (Renal Autologous Cell Therapy), has the potential to not only slow the progression of CKD, but in some cases drive meaningful improvement in kidney function – a groundbreaking first in CKD therapies.

A cell therapy product produced from a patient’s own kidney cells, REACT® comprises a proprietary mixture of progenitor cells that have been grown and purified, so they can be placed back into the patient’s kidney. This minimally invasive procedure, starting with a standard biopsy, provides the cells that harness the body’s intrinsic ability to repair and restore damaged kidney tissue. The reinjection procedure has been shown to be safer than contemporary biopsy and renal failure treatment options, such as dialysis and organ transplant.

REACT® is the outcome of almost 20 years of development by ProKidney and its predecessors, including working on the basic science and mechanism of action, the proprietary cell admix and manufacturing process, the minimally invasive outpatient injection procedure and, most recently, running Phase 1 and Phase 2 clinical trials. ProKidney’s patented REACT® therapy is part of its broad-based intellectual property (“IP”) strategy. The company has filed more than 200 patents worldwide for its product, cell admix, and manufacturing process.

Strong Initial Clinical Results and Path to Commercialization for REACT®:

75 million CKD patients in the United States and the European Union.
CKD patient population in the United States and the European Union is projected to grow by 22% between 2020 and 2040, in part due to the escalating prevalence of diabetes, obesity, and heart disease.
Initial REACT® target market: 4-5 million diabetic patients with CKD stages 3a, 3b, and 4 at very high risk of renal failure with severe albuminuria and eGFR’s between 20-50 ml/min/1.73m2 in the United States.
With the potential to delay or prevent ESRD, REACT® has the potential to drive significant cost savings over the long term. Today, ESRD patients remain on dialysis for 5-10 years on average, which costs an average of $93,000 per patient per year, with Medicare (and up to 4x more for private insurers).1
By improving patients’ quality of life, the treatment may also reduce the use of medication.
Over time, and subject to receipt of regulatory approvals, ProKidney intends to expand to the European Union and additional markets, including China, Japan, Korea, the Middle East, Latin America, Australia, and New Zealand, as well as into additional indications, including congenital anomalies of the kidney, polycystic kidney disease, and other genetically based kidney diseases.

ProKidney’s management team, led by Founder and CEO Tim Bertram, brings over 200 years of combined experience in the discovery, development, manufacturing, and commercialization of biotechnology, pharmaceutical, and device products. ProKidney also has an experienced board led by chairman Pablo Legorreta, founder and CEO of Royalty Pharma (Nasdaq: RPRX), the world’s largest publicly listed acquirer of pharmaceutical royalty streams, bringing broad financial and scientific expertise with his successful track record in biopharma development and investing. The ProKidney board of directors also includes Dr. Brian Pereira, president and CEO of Visterra, Inc., former president and board member of the National Kidney Foundation and former editor of the widely read textbook “Chronic Kidney Disease, Dialysis, and Transplantation.”

Tim Bertram, Founder and CEO of ProKidney, said: “Affecting more than 75 million patients in the United States and the European Union alone, CKD is one of the most challenging and burdensome chronic conditions to treat. For the first time, we have a multimodal approach to not only slow the onset of CKD, but in some cases reverse the loss of the kidney’s function. Through our advancements in cellular therapies, ProKidney can help usher in a new era of better health for millions of CKD patients living with the fear of kidney failure and a life on dialysis. With the support of the Social Capital Suvretta team, we are excited to enter this critical next stage of our journey, bringing the promise and potential of our revolutionary REACT® therapy to market and improving the wellbeing of people around the world.”

Pablo Legorreta, Founder and CEO of Royalty Pharma and Chairman of the ProKidney board, said: “I have been inspired both by the science behind ProKidney’s novel approach to treating CKD and the keen focus of the ProKidney team on curing this intractable disease. This transaction is a validation of ProKidney’s momentum and, most importantly, will support ProKidney’s efforts to complete Phase 3 and eventually deploy the pioneering REACT® therapy, bringing hope to the treatment of a medical condition like CKD that is so pervasive and takes such a toll on people’s lives.”

Dr. Brian J. G. Pereira, a member of the ProKidney board, added: “ProKidney’s innovations in autologous cell therapy represent a transformational advance both for patients suffering from chronic kidney disease and the field of nephrology. The deep experience of the ProKidney leadership team has the company well positioned to continue advancing the clinical development of REACT®, which recently began a Phase 3 study. With my fellow board members, I am excited to work closely with Tim Bertram and his talented colleagues to help guide the company towards success.”

Chamath Palihapitiya, Founder and CEO of Social Capital and Chairman and CEO of SCS, said: “For decades, healthcare providers have been limited to addressing the symptoms of CKD – largely through burdensome regimens like dialysis – with no cure for the underlying disease. As a result, most CKD patients are left to endure an incredibly difficult quality of life, and the healthcare system shoulders hundreds of billions of dollars in costs.”

Palihapitiya continued, “ProKidney has the opportunity to change the way we approach and treat CKD, with promising early results from clinical trials of REACT® demonstrating an ability to regenerate kidney function. This is a potential game-changer for one of the most prevalent and expensive diseases, and we look forward to working closely with the ProKidney team to execute the Phase 3 clinical trial and bring this revolutionary treatment to market.”

📺 The Economics of Dialysis: Gov’t Pays $35K, Employers Pay $149K Per Year For the Same Service 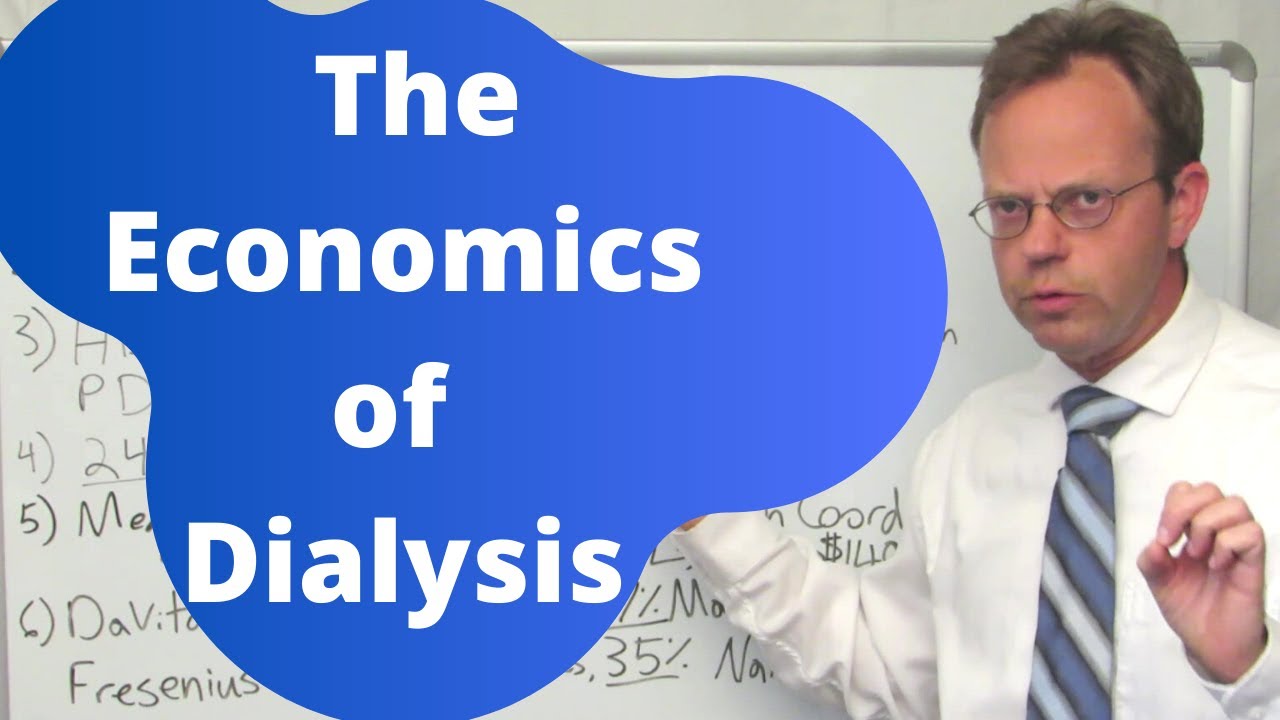 There is a support zone ranging from 9.72 to 9.82. This zone is formed by a combination of multiple trend lines and important moving averages in multiple time frames.

There is a resistance zone ranging from 9.84 to 10.01. This zone is formed by a combination of multiple trend lines and important moving averages in multiple time frames.

Although the technical rating is bad, DNAC does present a nice setup opportunity. Prices have been consolidating lately and the volatility has been reduced. There is a support zone below the current price at 9.82, a Stop Loss order could be placed below this zone. DNAC stock has a Setup Rating of 8 out of 10. We notice that large players showed an interest for DNAC in the last couple of days, which is a good sign.