PURA stock closed up 25% after the company released a PR on September 20, 2019, that stated new sales and product announcements were coming.

Puration (OTC: PURA) confirmed a series of corporate releases are scheduled for next week. As a preview of the announcements coming next week, PURA announced the kickoff of its European marketing campaign taking place now at the Arnold Sports Festival in Barcelona, Spain. The company will publish news next week about new sales, its European marketing campaign, and new products among other strategic updates. Management plans to include in the announcements next week the latest news on the progress toward issuing the previously announced dividend of Nouveau (OTC: NOUV) stock to PURA shareholders. The scheduled corporate releases will also include a further Research Analysis update on PURA from Goldman Small Cap Research. The series of corporate releases scheduled for next week follow PURA’s CBD beverage industry survey results published this week in conjunction with PURA’s pre-marketing initiative for its new CBD infused beer, coffee and tea. The survey was conducted by Goldman Small Cap Research and included a confirmation of Goldman’s speculative buy and $0.25 PPS target for PURA. Goldman plans to publish a more comprehensive update next week including analysis of additional aspects of PURA’s expanding operations on top of the survey driven analysis update issued this week.

On September 18, 2019, PURA stock popped on the news that Goldman Small Cap Research has confirmed a speculative buy and $0.25 PPS target for PURA following the publication of results from a CBD infused beverage market survey conducted in conjunction with PURA’s CBD infused beverage expansion plans.

“PURA Is the Best Positioned CBD-infused Provider. With a popular CBD-infused energy water selling millions worth of beverages this year, to the expansion into anti-anxiety and anti-inflammatory characteristics of what looks to be a wildly popular CBD-infused tea, PURA has the key bases covered. Clearly, the stock doesn’t reflect the inherent prospects that lie herein. Our target remains $0.25.”

The survey data collected will be used to target PURA’s marketing direction for CBD infused beer, coffee and tea. The survey results show that tea is the consumers first choice beverage and that the primary reason for consumers to take CBD is to treat anxiety. The second reason for trying CBD was to treat inflammation.

“Of those participants that expressed an interest or desire to try for the first time or as an occasional user of CBD-infused beverages, our results showed that 47% preferred tea.”

“Despite age and geographic diversity, the majority of users said they use CBD products to relieve anxiety and/or inflammation.”

PURA stock could see a pop next week on the Goldman Sachs pump but this is not a stock I would stay in long-term until it goes into a strong uptrend on the chart. Nevertheless, with Goldman Smallcap Research behind this stock, it could very well go into an uptrend.

Disclosure: We do not hold any position in PURA stock. 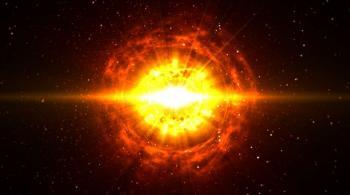 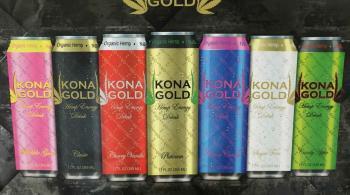