QCOM stock rose more than 3% in morning trade on February 2, 2022, and has trended higher after last week when JPMorgan said the stock was inexpensive. The company is set to report earnings later today.

On January 31, 2022, JPMorgan analyst Samik Chatterjee reiterates an Overweight rating on Qualcomm with a $225 price target ahead of the company’s fiscal Q1 results. The analyst sees a favorable setup saying Apple’s print points to strong demand for Qualcomm’s largest customer. The combination of supply chain easing, share gains with android customers, favorable pricing trends, as well as growth drivers from non-smartphone end-markets will enable Qualcomm to deliver above-seasonal and better than expected revenue in fiscal Q2, Chatterjee tells investors in a research note. He believes the shares are positioned as a top pick “with earnings upside and inexpensive valuation.”

On January 25, 2022, the Department of Commerce said that the semiconductor supply chain remains fragile. Demand continues to far outstrip supply,” the agency said today in a report. Median demand for chips highlighted by buyers was as much as 17% higher in 2021 than 2019, and buyers aren’t seeing commensurate increases in the supply they receive. “This is a major supply and demand mismatch,” the Department of Commerce writes. The median inventory of semiconductor products highlighted by buyers has fallen from 40 days in 2019 to less than five days in 2021, it notes. “The primary bottleneck across the board appears to be wafer production capacity, which requires a longer-term solution. We’re going to capitalize on this new information to engage industry on node-specific problem-solving in the coming weeks. We will also look into claims about unusually high prices in these nodes,” the agency added. Publicly traded companies in the semiconductor space include AMD (AMD), Intel (INTC), Marvell (MRVL), Microchip (MCHP), Micron (MU), Nvidia (NVDA), Qualcomm (QCOM) and Texas Instruments (TXN). Source: https://www.commerce.gov/news/blog/2022/01/results-semiconductor-supply-chain-request-information

Qualcomm price target raised to $185 from $180 at Barclays

On January 12, 2022, Barclays analyst Blayne Curtis raised the firm’s price target on Qualcomm to $185 from $180 and keeps an Equal Weight rating on the shares. The analyst sees “positive outlooks providing some relief” for the semiconductor group but still struggles with “just how much upside is left as cyclicality still looms for many names.”

Qualcomm price target raised to $220 from $210 at KeyBanc

On January 11, 2022, KeyBanc analyst John Vinh raised the firm’s price target on Qualcomm to $220 from $210 and keeps an Overweight rating on the shares. The analyst views the disappointing traction associated with Mediatek’s Dimensity 9000 as positive for Qualcomm, and in conjunction with the company’s increased capacity, should support continued share gains in 5G smartphones through 2022.

On January 10, 2022, KeyBanc analysts Brandon Nispel and John Vinh note that their December carrier checks indicate customer demand for the Apple’s (AAPL) iPhone 13 was healthy and largely in line with store expectations, with overall supply of iPhones improving but remaining relatively tight. In particular, supply of the iPhone 13 Pro/Max models remains scarce but has improved slightly month-over-month, they add. The analysts also point out that inventory levels for the 13/Mini remain lean but more readily available than Pro/Max models. Additionally, their Key First Look Data indicates December domestic iPhone sales increased +26% month-over-month but declined -5% year-over-year. Key First Look Data also suggests Apple is tracking ahead of consensus Hardware for Q1, Nispel and Vinh say. Their data increases their conviction in demand, and Nispel reiterates an Overweight rating on Apple and $191 price target on the shares. The analysts view the results as neutral for the Apple supply chain and recommend investors own Broadcom (AVGO), Cirrus Logic (CRUS), Qualcomm (QCOM), and Skyworks (SWKS).

On January 6, 2022, General Motors (GM) announced that its next-generation hands-free driver assist system, Ultra Cruise, will be powered by a scalable compute architecture featuring system-on-chips developed by Qualcomm Technologies (QCOM). GM stated in a press release that it will be the first company to use the Qualcomm Technologies’ Snapdragon Ride Platform for advanced driver assistance technology, which features a 5-nanometer Snapdragon SA8540P SoC and SA9000P artificial intelligence accelerator. Ultra Cruise’s compute, which is about the size of two laptops stacked together, will first be available in 2023 on the Cadillac LYRIQ and the fully-electric Cadillac CELESTIQ, GM noted. “Despite its relatively small size, Ultra Cruise’s compute will have the processing capability of several hundred personal computers. It will take qualities that have distinguished GM’s advanced driver assist systems since 2017 to the next level with door-to-door hands-free driving,” said Ken Morris, GM vice president of Electric, Autonomous and Fuel Cell Vehicle Programs.

📺 How Qualcomm plans to take over 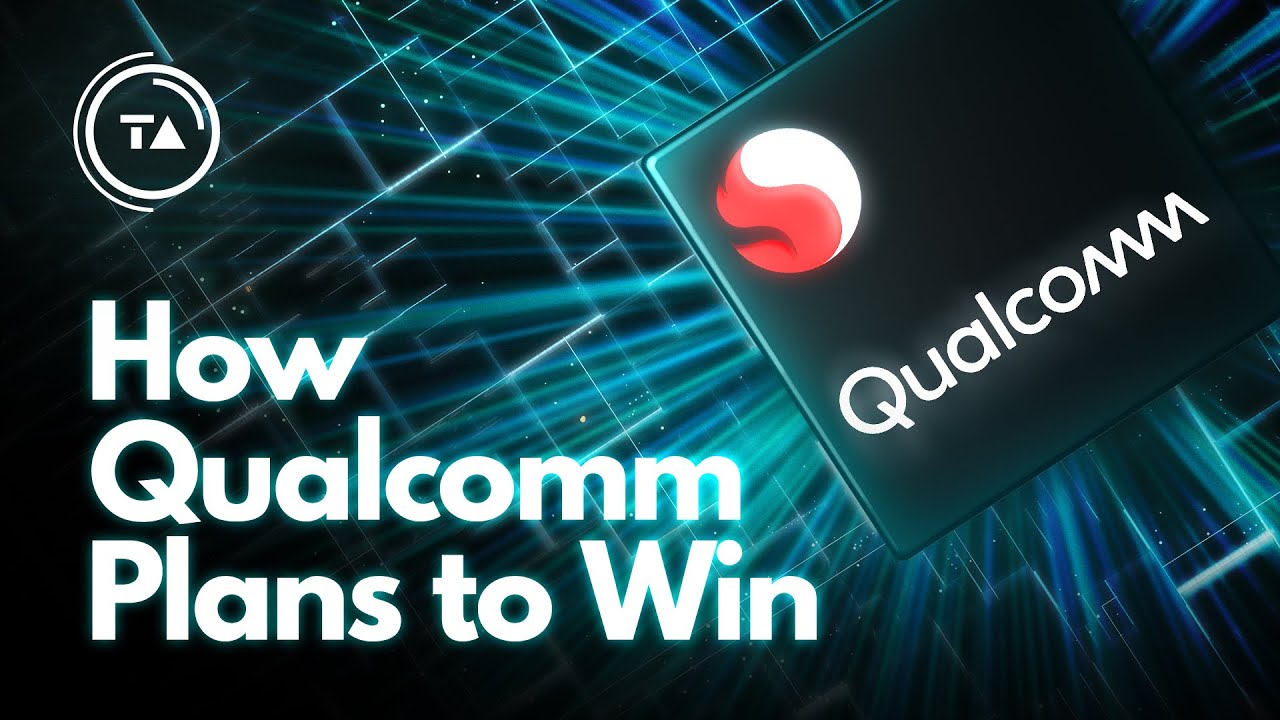 There is a resistance zone ranging from 186.32 to 189.29. This zone is formed by a combination of multiple trend lines in multiple time frames.

QCOM has an average technical rating and it also does not offer a high quality setup at the moment. QCOM stock has a Setup Rating of 3 out of 10. Price movement has been a little bit too volatile to find a nice entry and exit point. It is probably a good idea to wait for a consolidation first. Click here to sign up for email alerts on when QCOM stock consolidates and has a Setup Rating of 8 or higher.