September is historically the worst month of the year for the S&P 500 and Nasdaq which is why I view recent buy signals with skepticism.

The S&P 500 percent of stocks above the 50 day moving average gave a buy signal last week. This is the first buy signal since July.

I don’t expect the current surge higher to continue without a pullback first especially considering we are in the worst month of the year for stocks. If we pullback to the upper EMA envelope band and then bounce upward off this level, that will make for a great swing long entry in pretty much any S&P 500 listed stock. 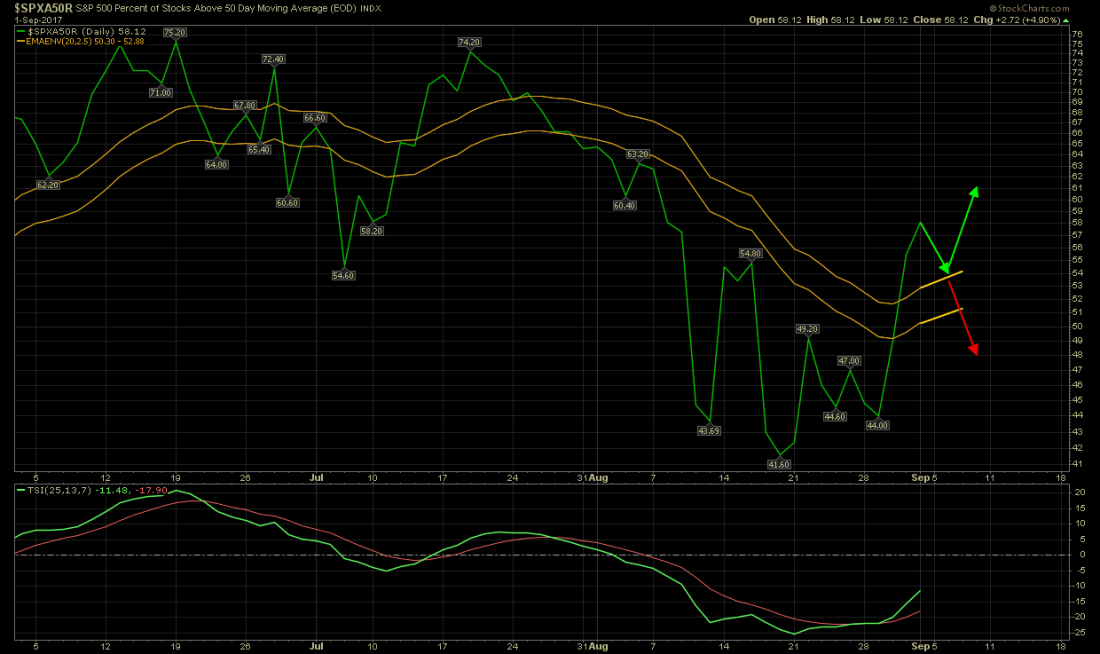 Conversely, if the pullback takes us back down below the lower EMA envelope band that would be a major go short signal.

SPHB:SPLV is a ratio chart for the performance of high beta stocks (risk-on) versus low volatility stocks (risk-off). Notice that when this chart spikes up too fast, a pullback is likely as confirmed by the sharp angle of the TSI: The VIX chart is still under a Parabolic SAR sell signal which favors the bullish move in markets. The histogram bars on the PPO are falling and they have not started to round up which suggests markets can rally for another couple of days. Watch the VIX for a consolidation and a rising PPO which would signal an imminent swing move lower on the S&P 500.

The VIX is setting up an oversold pattern going into the worst month of the year (September) for stocks. What a great setup but don’t force the trade. Be patient and read this stock trading lesson on oversold patterns.

UVXY looks like a compelling way to play a market pullback. 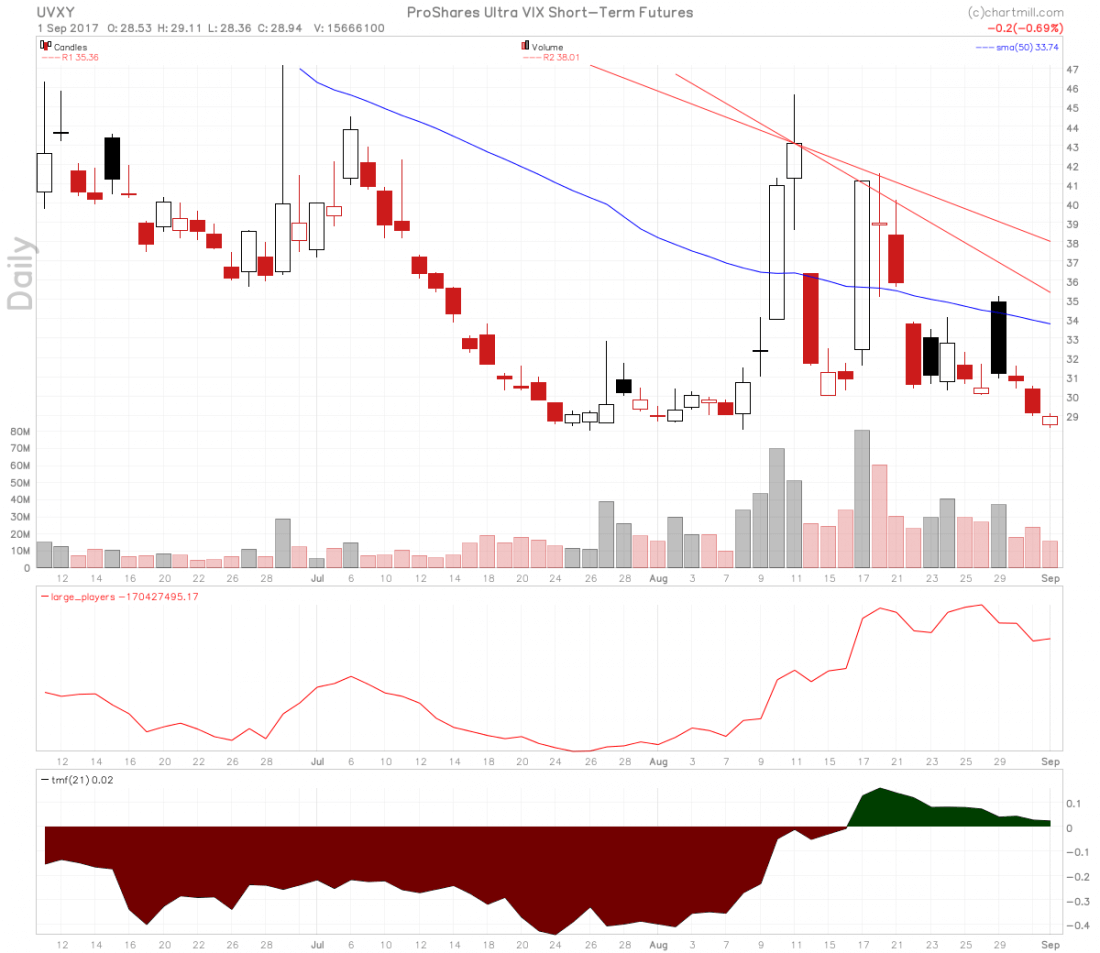 It looks too early to play UVXY but there is reduced volatility while prices may have started to consolidate.