“ServiceNow beat the high end of guidance for Q4, ending the year very strong,” said ServiceNow President and CEO Bill McDermott. “In Q4, we saw record deals and broad expansion of the Now Platform. ServiceNow is orchestrating what every company wants – workflows that create great experiences. Digital transformation is driving our momentum as customers across industries rush to embrace the simplicity that ServiceNow enables. We are proud to make work, work better for people.”

On January 30, 2020, a wave of bullish analyst actions hit in response to the Q4 financials release.

SunTrust analyst Joel Fishbein raised his price target on ServiceNow to $380 and kept his Buy rating, saying the company handily beat on earnings and revenue in Q4. The analyst is positive on ServiceNow’s continued implementation, together with strength seen across its IT, CSM, and HR sections, along with significant wins generated in a variety of industries.

Credit Suisse analyst Brad Zelnick increased his price target for ServiceNow to $370 from $340 saying the company closed out 2019 with strong Q4 results and set financial year 2020 guidance consistent with consensus, better than many investors feared. The analyst believes new management reinvigorates already strong fundamentals, while preserving consistency on controlled reinvestment and disciplined, tuck-in M&A. He has an Outperform rating on the shares.

Needham analyst Jack Andrews increased his price target on ServiceNow to $356 and maintained his Buy rating after its strong Q4 results. The analyst says the company’s key metrics exceeded expectations as its leading sales execution proceeds, with the quarter driven by continued demand to create workflows around the business’s record system. Andrews adds that he is optimistic on the strategic priorities disclosed by ServiceNow’s new CEO Bill McDermott.

Wells Fargo analyst Philip Winslow raised his price target for ServiceNow to $330 from $300 after the company reported strong Q4 results with revenue, EPS, and subscription billings above consensus expectations due to strong performance in large deals, closing 76 deals with ACV over $1M. The analyst has an Equal Weight rating on the shares.

Raymond James analyst Michael Turits increased his price target for ServiceNow to $383 from $360 and declared a Strong Buy rating after a good beat and increase in new CEO Bill McDermott and CFO Gina Mastantuono’s first full quarter with the company. Turits informs investors in a research note that revenue, subscription revenue, and subscription billings accelerated in the quarter to 33%, 35% and 36% respectively, despite 2019 revenues reaching $3.5B and the firm guiding to top its 5-year goal set in 2015 of $4B, with 2020E guidance of $4.22B-$4.24B.

BMO Capital analyst Keith Bachman raised his price target on ServiceNow to $385 and maintained his Outperform rating after its strong Q4 earnings upside with growth in subscription revenue and billings. The analyst believes that the company has substantial growth potential with its conventional IT Service Management and IT Operations Management products as well as with its newer initiatives.

Mizuho analyst Gregg Moskowitz increased his price target for ServiceNow to $325 from $290 citing the organization’s strong Q4 results. Subscription billings and revenue guidance were well above consensus in spite of a new CFO, Moskowitz tells investors in a research note. The analyst, however, keeps a Neutral rating on the shares, given a full valuation and concerns that employee attrition could accelerate in Q1.

Piper Sandler analyst Rob Owens raised his price target for ServiceNow to $375 from $305 stating the corporation’s Q4 results showed strong growth as subscription revenue of $899M grew 35% , topping his $887M prediction. The 35% subscription revenue growth accelerated from 33% in the previous quarter, Owens tells investors in a post-earnings research note. He keeps an Overweight rating on ServiceNow.

Jefferies analyst Samad Samana raised his price target for ServiceNow to $360 from $337 stating the company beat consensus results overall for Q4. Subscription billings growth of 36 percent and operating margin of 22% stood out, Samana informs investors in a research note. The analyst finds the results particularly impressive given the CEO and CFO transition. He believes ServiceNow’s guidance points to another strong year ahead and retains a Buy rating on the shares. 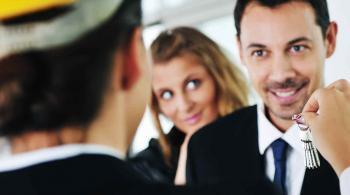